Why do Pakistan and India always have their daggers drawn? 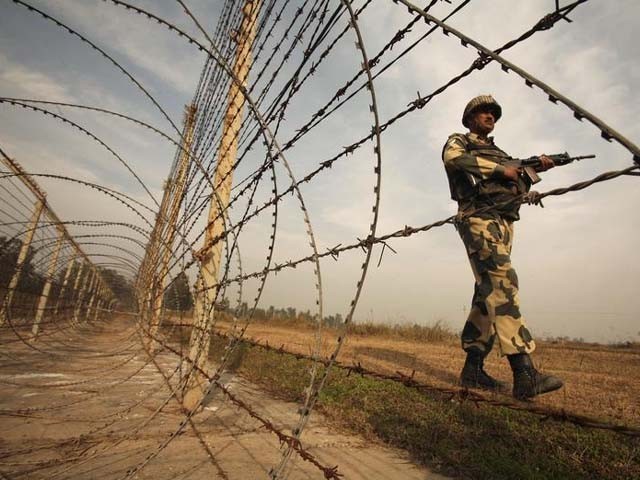 There is no one-handed clapping, it takes two to tango and it is in a country’s interest to have a stable neighbourhood. PHOTO: REUTERS.

Pakistan and India are locked in the conviction that each one wants the other’s destruction. Repeating the incantation is patriotic, questioning it, borderline seditious. Each country believes that its violence is only a defensive response to the other’s malevolent initiative. Both nations have separate historical markers to support their points of view and risk engaging in what each believes would be a just war.

This smouldering fire is kept alight by the capability theory of judging intent by capability assessment. US General Norman Schwarzkopf, who commanded the 1990 First Iraq War coalition, believes that,

“… You … judge your enemy based upon capabilities, not intent, you have to look at the enemy and really almost make a worst case call every time.”

General Schwarzkopf’s view is no flash of brilliance but the mundane principle drilled by Staff Colleges and Defence Colleges the world over. This single-minded mission focus is an advantage for the citizens who employ a military.

“Be polite, be professional, but have a plan to kill everybody you meet,” is not as ‘mad’ as it might sound. What he’s actually saying is no more shocking than Lord Palmerston’s well-worn 19th century quote: “We have no eternal allies, and we have no perpetual enemies.”

“War is too important a matter to be left to the military” — it is, after all, a total national involvement.

It would be good to remember that General Võ Nguyên Giáp, one of the greatest military strategists of modern times, who defeated the French and the Americans in Vietnam, had no formal military training. To be fair, neither did Pandit Jawaharlal Nehru, under whose stewardship India suffered humiliation at the hands of China in 1962. And Chief Sitting Bull was a medicine man. Barring exceptions, the highest levels of strategic leadership cannot succeed solely on formal military training or political sleight of hand.

So Pakistan’s premise that India wants its destruction is largely based on the neighbour’s military capability. It only indicates military preparedness and intention, not a national decision or a universal truth. The USA, Russia and China also have the capability, but no apparent interest in destroying Pakistan.

In turn, India, too, believes that Pakistan seeks to resurrect Muslim glory at the former’s expense. Fringe Pakistani groups might savour the idea, but some elements of the Hindutva grouping also relish absorbing a conquered Pakistan into their vision of a geographical Akhand Bharat.

Both extremes are appeased by their mainstream mentors’, but the lavish dreams of these peripheral groups neither indicate nor determine policy.

If Indians are as intelligent as they’re reputed to be, then why would they want to increase their population by adding 182 million bellicose Muslims embittered by a defeat, who will fight them till eternity? As foreigners, they can be slaughtered in a war. As citizens, they will need to be provided with kebab rolls and lawyers!

There is no one-handed clapping, it takes two to tango and it is in a country’s interest to have a stable neighbourhood. Basically, India is suspicious of Pakistan due to what General Akbar called ‘Raiders in Kashmir’ in 1947, their successors in 1965 and Pakistan’s alliance with the US. Pakistan is distrustful because of India’s attitude over Kashmir compared with its position on Junagadh and Hyderabad and its active role in the creation of Bangladesh. Pakistan also believes that Indians might want revenge for a thousand years of Muslim rule and for the creation of Pakistan.

The consequences of the 1757 Battle of Delhi should douse any simmering resentment. The Marathas under Raghunath Rao wrested the Delhi throne at sword-point, reduced the Mughal King Aziz-ud-din Alamgir II to a puppet extended their rule as far as the Khyber Pass and thus retrieved Hindu pride. Were Pakistan and India to concentrate on this historical marker and encourage its public consumption, it could contribute to deflating resentment.

That would, of course, still leave the Pakistani and Indian armies playing tit-for-tat on lock and load. A millisecond of inattention could set off a conflagration, the end-game of which is counted in widows, orphans, cripples, tattered economies and the poor being asked to eat parathas when there are no rotis.

Instead, both armies would be well advised to invest heavily in indigenously developed electronic war-games, demilitarise international border zones and, exercise their troops on simulated border terrain of which there is plenty. Deploying the army on the border for exercises should be like drawing a blade from its sheath — very serious business.

At the same time, Pakistan might want to form Army Corps-level civil-military think tanks that would include intellectuals plus academics from the universities within the Corps areas. Their findings should be synthesised by a Government Head Quarters civil-military think tank, and then be submitted to an inter-services civil-military think tank under the National Security Advisor. This would ensure a high standard of military contingency responses beyond the constraining Capability Theory and allow Pakistan to justify Mr Donald Trump’s faith in the intelligence of its people.

Both India and Pakistan are tenaciously perched on towering moral peaks. Despite one minor and three major wars, and an on-going war of attrition on the Kashmir Line of Control, each side only declares Shaheed martyrs, convinced of its own righteousness and the neighbour’s perfidy. Both claim exclusive rights to the truth, which obstructs joint reasoning. Between the two peaks lies a valley of peace and prosperity. Having made the ascent, neither party is willing to risk a descent to the fertile valley floor and initiate cultivation like Nelson Mandela in his exemplary vale of reconciliation.