Battle of the Sexes: When too many narratives and ideological boxes spoil the broth

Even nearly 45 years after it happened, the famous showdown between women tennis star Billie Jean King and former men’s champion Bobby Riggs remains one of the most well-known fixtures in tennis history. Fans of the sport who are old enough to have witnessed the 1973 match certainly remember the hoopla around the encounter. However, even those of us born years or even decades after the incident took place, are likely to be familiar with at least the bare basics of the contest and how it went down.

It’s this sporting event, the circumstances leading up to it, and the people at its heart that are the subject of the film Battle of the Sexes.

The movie is primarily centred on the life of American tennis legend Billie Jean King (portrayed by Emma Stone) and her role in inspiring changes in women’s tennis during the 70s. 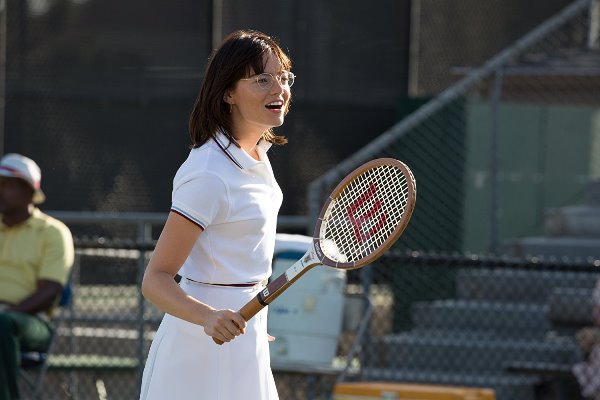 When a tournament decides to offer women prize money which is eight times lesser than their counterpart’s, despite equal ticket sales, King – who is dissatisfied with both the compensation and the lack of respect being given to sportswomen – takes matters into her own hands and sets up her own tournament for female players.

Meanwhile, Riggs (Steve Carell) – a retired former champion who had been one of the world’s top tennis players in the 40s – tries to make his way back into the limelight by challenging 29-year-old King to a match, claiming that he could beat any top female player even at age 55, since the women’s game is inferior to the men’s game. 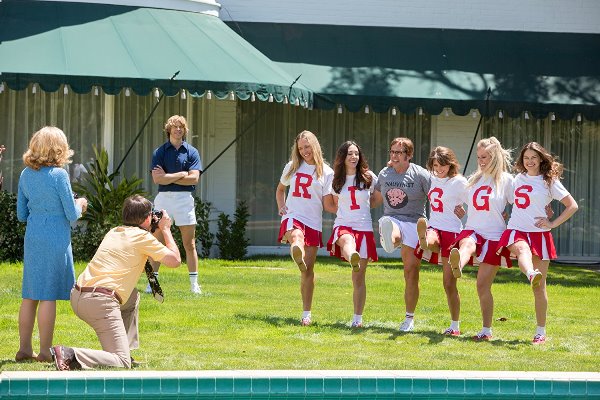 King refuses to play the match, but after Margaret Court (Jessica McNamee) accepts the offer and then loses the contest, King is prompted to accept the challenge in the hopes that she will be able to defeat the male chauvinist that is Riggs, and earn female players the respect they rightfully deserve. 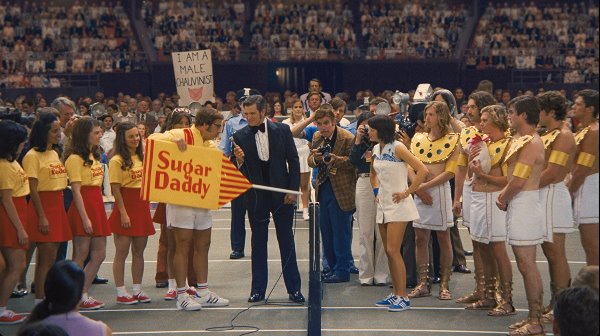 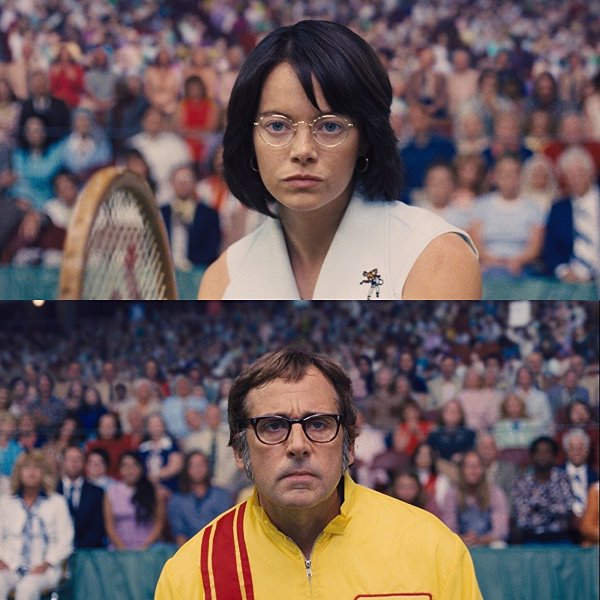 Directors Jonathan Dayton and Valerie Faris do a fine job defining the personal and cultural stakes of the event. However, they fail to make the narrative sufficiently gripping and suspenseful.

There is too much going on in the movie, and not all of it is equally fascinating. The filmmakers explore King’s passion for tennis, her struggle for women’s rights and equality, her life off the court, and her relationship with her husband (Austin Stowell). The film also shows her extramarital affair with a hairdresser (Andrea Riseborough) which distractingly gets a lot of emphasis in the movie. 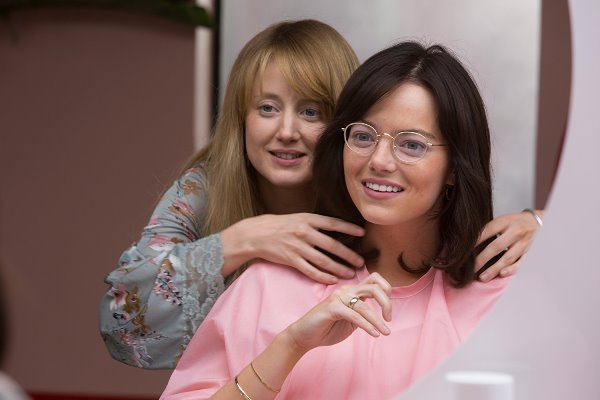 They also take a look at Riggs’ personal life, his relationship with his wife (Elisabeth Shue), and the impact of his gambling addiction on their marriage.

However, the execution starts to feel unfocused as less compelling and interesting storylines are explored at length, while more vital topics and interesting characters only get a perfunctory treatment. Coupled with the uneven tone, the results are less than dazzling. 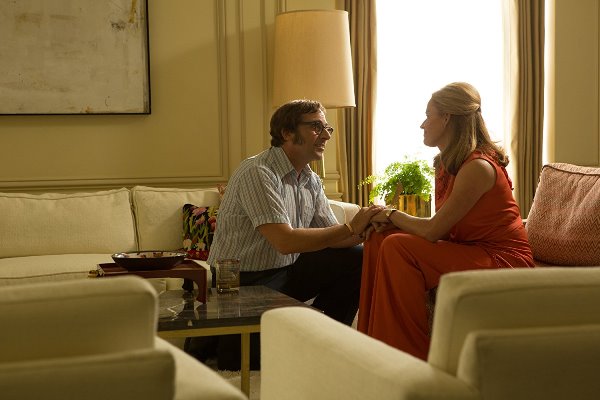 The cast, however, is very impressive; the acting of our lead characters, especially, is top notch. Emma Stone is terrific as the protagonist and does a good job relaying her character’s societal struggles and inner conflicts. In the role of King’s nemesis, Steve Carell also does a great job portraying the colourful, controversial, self-promoting Riggs.

In the supporting roles, Sarah Silverman – who plays King’s supporter and co-founder of the women’s team – gives a memorable performance in an otherwise unmemorable project. However, Bill Pullman (in the role of Jack Kramer, whose refusal to pay the women equally spurs King’s actions), Austin Stowell and Jessica McNamee’s characters leave you wishing the actors had been given more to do and had a better chance to make an impact. 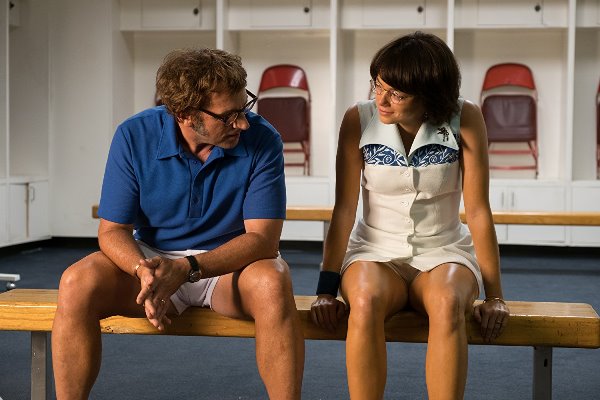 Its execution could have been less predictable, the camerawork could have been better, the storytelling could have been cleaner, and the direction could have been more focused. On the whole, while Battle of the Sexes benefits from its fascinating story inspired by real events and a terrific roster of actors who bring their characters to vivid cinematic life, the film suffers because of its overlong running time (two hours) and its desire to check too many narratives and ideological boxes.