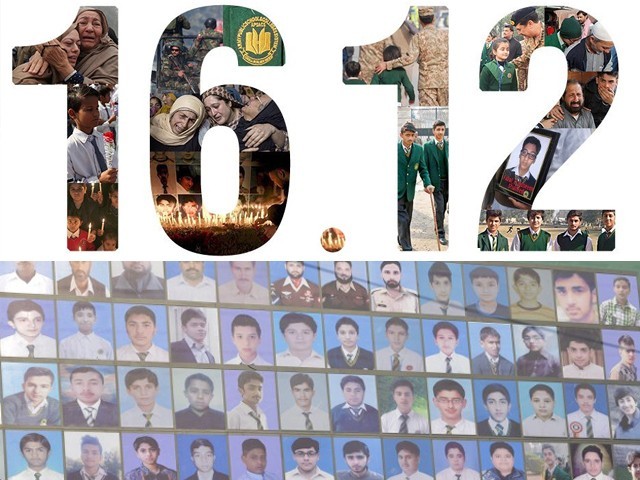 Surely, no one sends their child to school to become a martyr.

Last year, a freak accident happened, where my toddler, while playing in our lounge, tripped and face-planted herself on to the floor. Her front tooth was pushed back inside her gum, there was a lot of blood, and we had to rush her to the emergency ward.

Long story short, she is fine now but that incident still sends chills down my spine. The horror of watching her in pain still gives me goosebumps. And then I shudder to think how mothers who see their children suffer more immensely must feel.

I wonder if they ever overcome the feeling of helplessness. Do they question what they could have done differently to prevent the tragic events from unfolding in their lives?

Every Ramazan, I think about the Sialkot brothers. I often worry their mother is still living through the pain every single day, but it must be especially difficult during Ramazan. She must sob every year while preparing the same Sehri she fed to her children on that unfortunate day when they were mercilessly lynched. She must still remember their likes and dislikes. She must still recall the dreams and hopes she had for their futures.

Unfortunately, in Pakistan, our anguish has no boundaries. We have lost far too many innocent souls due to senseless mob justice, preventable tragedies and in our war on terror.

One of the most heart-wrenching tragedies has been the massacre of the Army Public School (APS) in 2014 during which 132 school children and 9 staff members were killed.

Laleena Ali Shah’s two sons were both brutally slaughtered during the attack, leaving behind a family to mourn the loss of two precious young lives and a 25-day-old brother who never had the opportunity to play with his elder siblings.

There are also children like Samar, Shobaid and Areeba, siblings of Khaula Bibi – the youngest and only girl student killed in the massacre. These innocent survivors must have a million questions and worries on their minds. Like the hundreds of other students at APS, they must also be living in fear. Every single day, they must relive the horror of seeing their teachers and friends dying in front of them.

I do wonder if these children have been given enough support mentally and emotionally. Have we done enough to ensure that they don’t continue to suffer from psychological scars or post-traumatic stress disorder (PTSD)? Have we taken enough measures to make sure that they and all our children stay safe? Have we learned anything at all from this horrible incident?

The provincial government of Khyber-Pakhtunkhwa (K-P) announced Rs2,000,000 as compensation to the family of each of the deceased and the seriously injured were offered an admission into cadet college. But are these relief packages enough? I can guarantee you that no parent would choose money instead of seeing their children smile, and parents of the APS victims also want justice not mere lip-service and PR stunts. They want strict action against those who wiped the beautiful smiles off their children’s faces and terrorised the entire nation. They want the politicians to stop playing political games and thoroughly investigate this horrible incident.

I am not a security expert, politician, a social activist or a journalist. I am a mother and I can very well empathise with other parents. My heart aches at the thought of someone losing their child to a preventable death. I feel the agony of those parents too deeply. I sometimes lose my sleep over worries of something similar happening again (God forbid).

Unfortunately, in Pakistan, we can’t easily stop our fears from becoming a reality. On December 1, 2017, gunmen stormed another educational institute in Peshawar, killing at least nine people and injuring 36.

Which begs the question, why do those despicable beasts despise education so much? Why are they always attacking schools and colleges and those who advocate education? Are they frightened that Pakistan might become an educated nation with humanity ingrained in our consciousness?

Every parent dreams of providing the best to their children. In some circumstances, our ideals are not possible to achieve. But surely, basic rights, like the right to life and survival and protection from violence, are something we should be able to give to our youth?

Our youngsters should not have to face the monstrosities of this world at such a young age. Our mothers should be able to send their kids to schools without having the constant fear of them not returning home safely. Surely, no one sends their child to school to become a martyr.