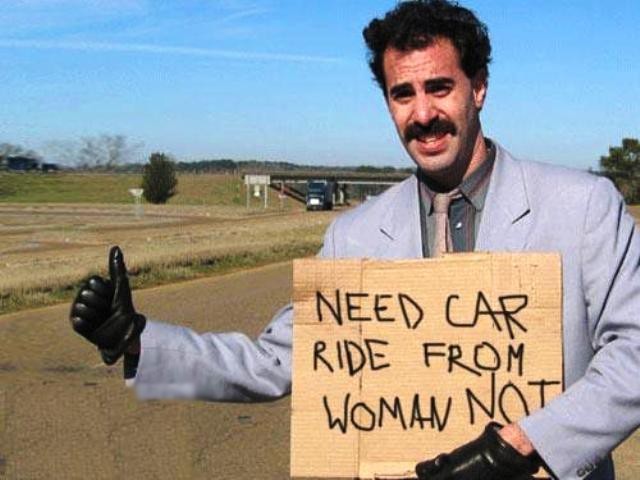 The only place where a sense of humour is appreciated is when a woman recognises a man’s joke and laughs on cue. PHOTO: REUTERS

Humour is a funny thing. Take a man with a good sense of humour and combine it with a face that looks like his neck threw up on it and what you have is a ‘studmuffin’, who will have a bevy of beauties agreeing to throw their heads back for more than just laughing. But funny women, who may or may not be funny looking, never get the same response.

Because ‘funniness’ is a trait that only men dominate. That’s a skill only men take pride in. Since there’s more value placed on being beautiful, women don’t mind falling into the role of the amused rather than be the amusers. Women let men be amusing (despite how unamusing they may be), because that trait doesn’t take them anywhere especially in a country like Pakistan, where women are only expected to make jabs in the kitchen.

The only place where a sense of humour is appreciated is when a woman recognises a man’s joke and laughs on cue. However, when the humour is directed at them, men turn the tables and consider such offensive women ‘abrasive’.

Even when it comes to Pakistani television, how many dramas or shows feature funny women? From what I’ve seen, women only play three roles – the pretty, yet abused woman, the vicious vamp or the vapid imbecile. And in most shows, it’s the latter category who whips out her ditziness to bring out the laughs.

With the exception of a few, most Pakistani female writers write like they’re suffering from intermittent explosive disorder and are in severe need of anger management.

We’ve got plenty of issues on our plates, but why do we have to sound like we’re about to wring the reader’s neck? Can’t we mask the anger and our issues in laughter?

Can’t we combine our brilliant power of observation and the humiliation we face everyday into something positive? Can’t we channel our simmering rage and write hilarious characters instead? Can’t we push back our claws and bring justice with a smile?

Can’t we just learn to satirise?