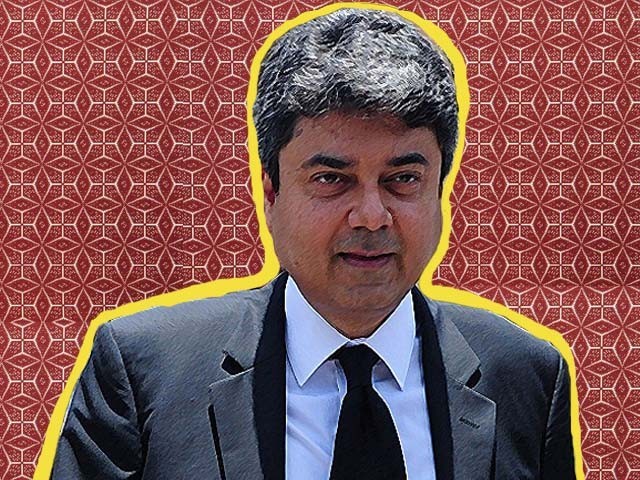 In a move which raised many eyebrows, Farogh Naseem resigned as the federal law minister last week so that he could appear before the Supreme Court in an attempt to ensure that the Chief of Army Staff (COAS) General Qamar Javed Bajwa received the three year extension which Pakistan Tehreek-e-Insaf (PTI) desperately want him to have. After the verdict, which passed the matter onto parliament, Naseem was swiftly reinstated as the law minister by President Arif Alvi, leaving many scratching their heads for several reasons. Was the constitutional crisis that shook the nation not of Naseem’s own making? Why was he allowed to take office again when he has constantly revealed himself to be a chink in the government’s armour? Could PTI find no one else to appear before the Supreme Court on this matter? Was it not a blatant conflict of interest that the same person responsible for overseeing the notification was appearing before the Supreme Court to defend it?

It is worth keeping in mind here that this public embarrassment was not the first of Naseem’s blunders since being sworn in. During his short tenure, it seems that the legal wizard has failed to perform his primary duty: drafting laws and getting them passed by the parliament. Instead, during the PTI regime, ordinances have become the order of the day. The government stumbles from one legal controversy to another, be it the filing of the reference against Supreme Court Justice Qazi Faez Isa or the fact that the government had to withdraw as many as 11 controversial ordinances after striking a deal with the opposition.

But these slip-ups would ultimately pale in comparison to what was to come. The first extension notification issued by PTI spoke volumes about the lack of competency of the law ministry and it appeared that the ministry almost did not take the trouble to read the text of Article 243 of the constitution. The poorly worded notification was drawn up in an apparent haste and, on the face of it, it fell well short of the legal requirements of a standard notification. The two-line notification stated:

“General Qamar Javed Bajwa is appointed Chief of Army Staff for another term of three years from the date of completion of current tenure. The decision has been taken in view of the regional security environment.”

It was issued on August 19, 2019 bearing the signature of the prime minister, however, he accorded it a retrospective approval on August 21st. Hence, this turned out to be a case of putting the cart before the horse. But, significantly, as many as 14 members of the cabinet had not put their signatures on the notification. And as per the ratio laid down in the Mustafa Impex Case (PLD 2016 SC 808), it was incumbent upon the prime minister to first seek approval of the whole cabinet before making such an order. However, throwing caution to the wind, the law ministry followed this judgment more in the breach than in the observance. The most glaring mistake was that the notification in question was not issued after the signature of the president was obtained. Imran Khan failed to advise him to sign it in flagrant contravention of Article 243, thereby plunging the country into a constitutional crisis of epic proportions. Hence, the government was in for a rude awakening when the proceedings under Article 184(3) got underway before the Supreme Court. The court excoriated the government for the dereliction of its duty. The government’s own confusion was only further confounded when the notification was suspended with the date of retirement for the COAS approaching. A new notification and fresh summaries were issued reiterating the same reasoning. Not only did the government add the ‘extension’ in the army regulation, but the notification under challenge was withdrawn to obstruct the proceedings pending before the Supreme Court.

But, to add salt to injury, the court did not discuss the legal developments which took place on the previous night. The attorney general was grilled as to whether the federal government was vested with the authority to give an extension to the COAS under the law of the land, as Article 243 and 245 of the constitution read with the Pakistan Army Act, 1952 and the regulations made there under, were completely silent regarding the reappointment and extension. Eventually, the only reason Naseem was spared his blushes is because the Supreme Court, in a short order, gave the legislature six months to plug up the loopholes in Article 243 of the constitution, thus allowing Naseem to breathe a temporary sigh of relief. A potential crisis was averted, but not before it revealed the ineptitude of the current law ministry. The simple truth of the matter is that the law minister only has himself and his team to blame for creating a legal mess which almost defies understanding.

Lastly, as far as a conflict of interest is concerned, I could not find any federal law with regards to this nor is there any judgment of the Supreme Court in this respect. Given the lack of information, it is hard to say that Naseem’s actions can be categorised as a conflict of interest for playing dual roles. Had there been legislation holding the field in this regard, he would definitively have been called out for it. However, on the provincial level, Punjab and Khyber Pakhtunkhwa promulgated the laws entitled The Punjab Prevention of Conflict of Interest Act, 2019 and The Khyber Pakhtunkwa Prevention of Conflict of Interest Act, 2016, respectively. However, these laws have not been put into practice yet.

In the end, all things considered, Imran has set a bad precedent by reappointing Naseem. The entire extension drama made it quite evident that the law minister is arguably doing more harm than good to the image of the ruling party. Alas, this seems to be lost on Imran.

The writer is a practising lawyer based in Lahore. He tweets @zaeem8825 (twitter.com/zaeem8825). He can be contacted at [email protected]

When will Imran Khan get his own house in order?