The extension fiasco: Who won, who lost? 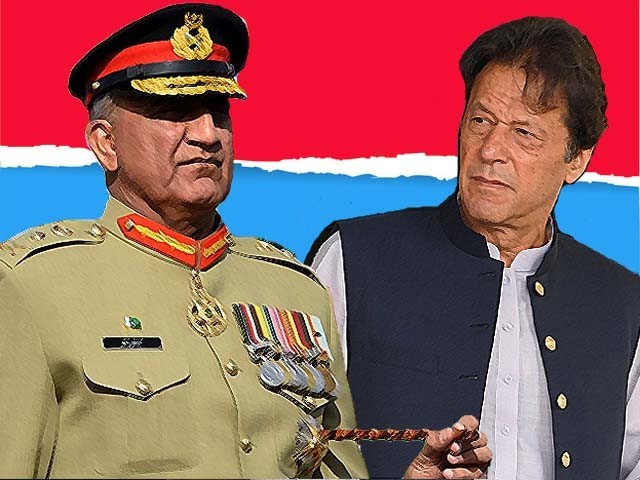 On Thursday, the nerve-wracking court proceedings regarding the extension of the tenure of Chief of Army Staff (COAS) General Qamar Javed Bajwa finally concluded. The comedy of errors unleashed by the Pakistan Tehreek-e-Insaf (PTI) legal team meant that the government almost shot itself in the foot, insisting on committing blunder after blunder. From the simple clerical mistakes in the drafts presented in court to not being able to convince the court as to why Bajwa’s extension was essential, the antics which ensued have surely left PTI red-faced. The court has provided Bajwa with a temporary lease by giving him a six month extension and told parliament to “clarify the scope of Article 243 of the Constitution”.

Hence, the ball is now in parliament’s court and it will have to either devise a proper procedure through which an army chief can be given an extension or instead choose to put a stop to this ‘defacto’ practice of repeatedly extending the tenures of Pakistan’s chiefs of army staff. In light of the proceedings which took place, it has become evident that there is no specific article in the law that actually sheds light upon the proper procedure for the extension of the COAS’s tenure. In any case, the fact that the Supreme Court chose to address this matter and pointed out the flaws in the re-appointment process can be heralded as a much needed step towards the sanctity of the rule of law. However, the decision has opened the door to a whole host of questions.

Firstly, given the judgment, one wonders what is more important – the rule of law or the rule of justice? Secondly, since there was no provision in the sub-article of the constitution pertaining to the extension, why did the court still decide to let General Bajwa hold onto his post for another six months and pass the buck onto the parliament? Thirdly, while the Supreme Court stated that it was “exercising judicial restraint,” the question remains as to why this ‘restraint’ was not shown when elected prime ministers were disqualified and sent behind the bars or hanged? Fourthly, does the military feel they have no competent general who can replace General Bajwa? Lastly, what will the repercussions of this court decision be for Pakistan in the long run?

In any case, this has nonetheless provided grounds for a debate in parliament about the merits and demerits of the extension; which is important since it is imperative that the nation’s institutions and those in power are held accountable for their actions. Although one could look at this as a promising sign, ultimately, it is unlikely that any party, whether in the opposition or not, will dare to invoke the ire of the military. Hence, it is highly unlikely that any political party will vote against the extension. This could in turn potentially have serious repercussions down the road if such extensions become part of the law and are institutionalised, which would be a red flag for Pakistan’s democratic aspirations.

Furthermore, once this issue hits the parliament floor it could reveal the true colours of the opposition parties who, despite claiming that their struggle is for civilian supremacy, have thus far remained silent on this critical issue. The opposition has the opportunity to prove that it can do more than trade barbs about the inadequacies of the PTI government. In truth though, both Pakistan Muslim League-Nawaz (PML-N) and Pakistan Peoples Party (PPP) have been exposed during the past few days as their silence on the entire matter has already revealed that both PML-N and the PPP will only choose to speak out when it is beneficial for them and does not come at a cost.

For now, it is evident that the PTI government has faltered yet again and it is their legal team this time whose incompetence has been exposed, resulting in a national fiasco and embarrassment for the party. Furthermore, in an attempt to cover his party’s faults, Imran Khan chose to wag his finger at the “mafias within” and also claimed that the Indian government was hoping for a clash between the institutions in Pakistan. But dragging the Indian government into this is a futile exercise, and Imran must realise that such occasional discussions about the nation’s powerful institutions ultimately strengthen democracy. We cannot root out the flaws in a system if we fail to identify them in the first place and continue to believe that certain topics are off limits. Thus, contrary to Imran and PTI’s stance, this case will hopefully contribute towards the betterment of the democratic process while it has also dented the self-created status of the powers that be.

Now it is up to the parliament to demonstrate whether or not it has the courage to openly discuss the merits and demerits of the extension. Parliament can either give validation to this practice thought a law or help put a stop to it. If PML-N and PPP refrain from discussing this issue in the parliament then they will lose whatever credibility they have left after their silence thus far about this case. As far as General Bajwa is concerned, he should realise that no one is indispensable and that him remaining at the helm of affairs after this entire controversy will only damage the institution he represents. Hence, for PTI, as always, the future remains uncertain.