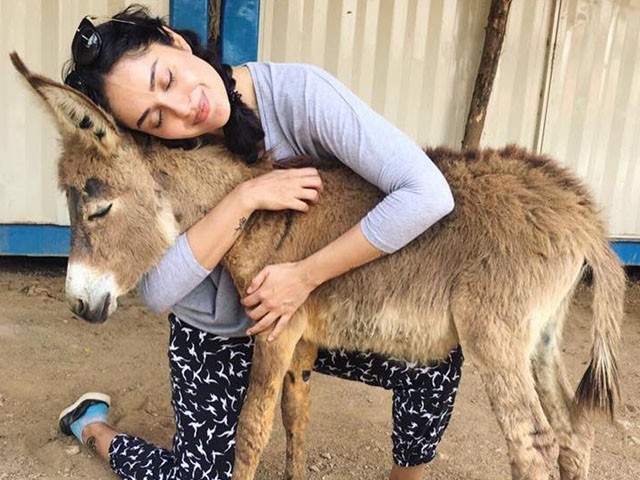 Ayesha believes there needs to be a stronger support system for people who decide to come forward with their stories of cyber bullying. PHOTO: FACEBOOK/ACF

Ayesha Chundrigar Foundation (ACF) is an animal rescue service in Karachi that provides free treatment and shelter to stray animals along with managing other projects. A few weeks back, on their Facebook page, ACF posted a video of a ‘pet owner’ who was attempting to leave eight severely infected Persian kittens at the shelter without informing the staff or following their protocol.

The man continued to resist and injured one of the girls working at ACF. Although the video clearly showed the man being disruptive, struggling to get inside his car, and drive off leaving the sick kittens behind but inevitably failing, the arrow of scrutiny landed on ACF instead.

Pet owner with 8 Persians,having calci virus dumping them outside our shelter. Pushed our female staff, misbehaved physically and threaten to call the police. In this video, he has already been physically and violently abusive with two of our team members. Here we are trying to stop him from trying to shut the door on his wife so to blame us when hurting her so he can leave the cats behind and drive off. He was trying to leave 8 infection ridden cats that are terribly contagious right outside our gate and run away. It’s not about the animals it’s about the attitude and behaviour. The poor cats were so traumatised. Girls were very shaken and wajiha has been physically hurt

Many people criticised ACF for not taking in the kittens and treating them just like any other animal. At this point, Ayesha Chundrigar, the founder of ACF, went live on Facebook to address these concerns. She clarified that the kittens were suffering from calci virus which is an extremely contagious and fatal virus that can spread to other cats through their fur, skin, eyes, nose, urine and faeces. This would have put the other animals at the shelter at risk, and so ACF sought a compromise, and agreed to take the kittens in and treat them, after which they would have been returned to the man. The man refused, upon which the tussle erupted.

Ayesha’s clarification did not subdue the hate she and her team were receiving online. In fact, the criticism took a swift turn and mutated into violent threats. Ayesha showed screenshots of just some of the abuse they received including accusations on ACF being founded solely for “social media fame”. They also contained abusive and threatening language targeting Ayesha herself and Wajeeha, the female staff member in the video. These comments displayed such vitriolic anger that burned through the screens that it was truly terrifying. To be on the receiving end of such violent attacks is a fate that no one desires or certainly opts for when they put forth their vulnerabilities or difficulties online.

Even after Ayesha painstakingly clarified in all of her live feeds that they don’t normally take Persian cats as they die due to depression, people continued to spew hatred against the foundation. If one skims over the hateful comments once more there is a disturbing pattern underlying most of them; this pattern shows these attacks are mostly personal and sexist. They target Ayesha directly or the other female workers at the shelter. These comments and private messages did not seek to provide constructive criticism or related to animal welfare but only proceeded to bash the character or the intentions of the workers.

FIA’s website defines cyber bullying as “when someone uses the internet to threaten or make unwanted advances towards someone else. This sort of harassment can cause physical, emotional, and psychological damage to the victim”. This definition does not cover the breadth of what cyber bullying actually entails and the nuances that are anchored in it.

In Pakistan, the victim is mostly a woman. A recent bi-annual report by the Digital Rights Foundation (DRF) in 2o18 showed that 63% of the people who called their cyber harassment helpline were women. It is no surprise that the patriarchal setups that dominate physical spaces in Pakistan also translate onto online spaces. Thus, women who consider online spaces to be safe are met with violent and repressive attacks that seek to shut them up and demotivate them. These attacks are mostly in the form of gender-specific obscenities and threats. In another study conducted by DRF on Pakistani women belonging to different professions, the findings showed how 91% of them felt “the [online] abuse was mostly gendered and its nature is rarely professional but mostly personal”. Clearly, Ayesha’s case is not an isolated one. It is indicative of the misogyny lurking online that is triggered by seeing women in positions of power or women just being women.

In an interview to the Express Tribune, Ayesha explained how “violated” she felt when the hate messages started pouring in.

“They commented on my face, how I looked and how I behaved… my instinctive reaction was to keep a low profile and hide myself.”

This shows how cyber bullying leads the victim towards self-erasure. Worried about their safety and their image online, they become extremely  aware of their every step whether online or in real life. It is a slow and silent journey towards complete invisibility.

However, Ayesha did not let her bullies win and continued putting up live feeds on ACF’s Facebook page.

“Once the rains started, I thought it was important to share the kind of work that we do and the difficulties we face everyday.”

And that is exactly what the live feeds showed: the pure love and effort they collectively put into this back-breaking and underappreciated work.

To try and tackle this issue it is important to understand what armours and motivates these bullies to become so aggressive and transparent in their hate when it is displayed online. According to Ayesha,

“Cyber bullying has become a platform for cowards. They can release their insecurities and frustrations onto something they know nothing about.”

The anonymity that the internet offers is just an armour they put on to shield themselves from the guilt or their own conscience. Chances are, when people are displaying their unchecked anger and hate towards a particular person online, they are calm and unbothered in real life. It is this mentality that leads them to believe that whatever they say online does not follow one into their real life. However, this isn’t true; the comments and the hurt stay.

Pakistani law has placed several checks in place through the Prevention of Electronic Crimes Act to counter such incidences. However, the law does not specify cyber bullying as a separate offence. It is found in bits and pieces under several different offences such as ‘hate speech’, ‘offences against the dignity of a natural person,’ or ‘cyber stalking’. This marks the need for a solidified definition of cyber bullying, one that delineates the nuances and intricacies that make it such a heinous act.

Apart from updating the laws, Ayesha believes there needs to be a stronger support system for people who decide to come forward with their stories of cyber bullying. She elaborated,

“When I chose to put up all those screenshots online, I was quite scared of what the reaction would be, I was worried of people agreeing with the dirty language used for me and my girls…but the response was lovely and so encouraging. I already had that support system and that following but what about the people who don’t?”

It is this support system that, as a society, we need to form so that victims don’t think twice about sharing their stories of pain and trauma.