Didn’t you know everyone hated you? 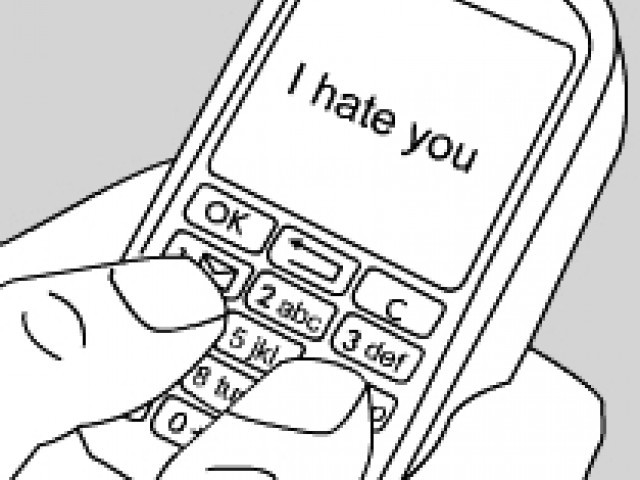 Technology has created new ways of harassing others.

While social networking sites may have made their founders billionaires, they have created trouble for many of their users.

Or I should say many users have created trouble for themselves and others around them. Social networking sites have become online gangster spots for many rebellious youngsters around the globe. They have even allowed  older people to act in a childish and immature way, causing problems for their families.

This week Vivek High School in India suspended 16 students for starting a thread containing vile remarks against a female teacher.  It turns out that this is not the first time someone has put themselves or someone else in trouble through the social networking sites. Cyber bullying, in particular, plunged social networking sites in controversy. It has become a concern for parents, school administrative staff and professional work places because of the way both teenagers and adults behave on the sites, causing problems for people outside the internet world. Many cyber bullying cases are emerging due to irresponsible messages and status updates that can cause psychological damage – to the extent of causing someone to commit suicide.  The statistics for this kind of occurrence are astonishing.

Although social networking sites are a recent invention, they have increased the popularity of the internet use across age groups and nationalities. Although online networking has its perks, it is also being used for personal, racial and religious attacks. It is increasingly becoming a battlefield where individuals to attack one another. The question is: could an offensive or threatening comment made by someone really have such disturbing effects on one’s psyche?

Statistically speaking, cyber bullying can sometimes cause worse emotional damage than conventional bullying, since the anonymity of the attacker leaves the victim to doubt everyone around him/her, leading to reduced confidence and the feeling of being generally disliked. Education enables people to use technology; however, the lack of moral and ethical understanding has created a culture that is intolerant of diversity. At a time when technology is making it easier to access information and connect with friends and family, it is also making life miserable for many.

A psychology student and a student ambassador at the University of West of Scotland. She is interested in humanitarian issues.

Demand justice for the Sialkot brothers - Manchester did