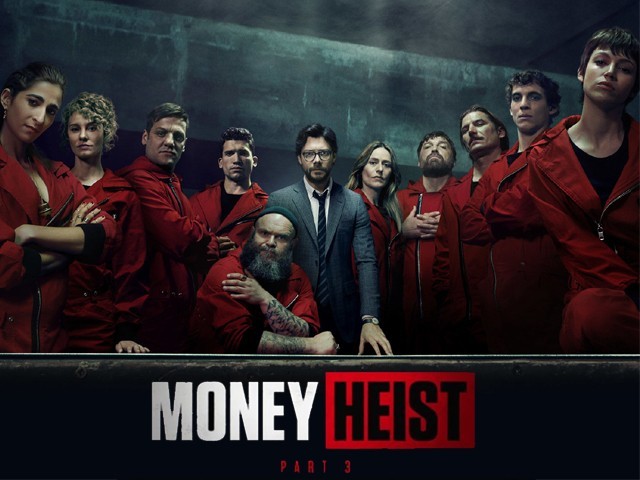 This time around, the gang plans to rob the Bank of Spain, with their eyes set on the gold reserves.

Revolving around a group of robbers who take over the Royal Mint of Spain, La Casa De Papel, also known as Money Heist, originally aired on a Spanish network where it had a limited viewership. That was until Netflix acquired it in late 2017. By the time the second part was released on the streaming service, the series had already become a worldwide sensation.

In its first quarterly report of 2018, Netflix announced that Money Heist was the most watched foreign language series ever for their service. Although originally conceived as a two-part limited series, Netflix, unsurprisingly, renewed the show for a third part which premiered this month.

Initially when the third part was announced, I was quite sceptical, thinking that Netflix was trying to milk their money-making cow as much as they could. But after binge-watching the series in three days (it shouldn’t have taken me this long, I know, but thanks to load-shedding it did) I can safely say that the plot does not seem stretched or forced in anyway. The writers have done an amazing job to retain the thrills of the previous parts while also adding emotional depth and gravitas to the series.

The third part begins two years after the Royal Mint heist, with the entire gang luxuriating in their success. But things take a sour turn when Rio (Miguel Herrán) is caught by law enforcement agencies after he makes a call and his location is traced. Rio’s capture leads to Tokyo (Úrsula Corberó) seeking the Professor’s (Alvaro Morte) help.

This time around, the gang plans to rob the Bank of Spain, with their eyes set on the gold reserves. Thus begins yet another cat and mouse chase between the squad and the law enforcement.

What makes the third part even more engaging than previous ones is the fact that the robbers are no longer just colleagues or partners in crime, but one big, twisted family that cares about each other. That bond is what helps get the audience invested in their journey as the stakes continue to rise. Their closeness and affection is also a reason behind the many complications that arise during the robbery.

The fact that Money Heist has been a huge success shows in the increased production value of the series. The show has definitely gotten a bump in its budget, which is why Madrid is not the only setting and the show now features other locations like Florence and Panama City. As expected, the main cast is brilliant. I especially enjoyed the chemistry between the Professor and Raquel, who go up against the police while the rest of the gang is inside the Bank of Spain. The problems they encounter and the fact that they have different approaches towards solving these problems only adds to the believability and suspense. In fairness though, the series also has its fair share of comedy, with Denver (Jaime Lorente) and Nairobi (Alba Flores) bringing laughs to this otherwise intense thriller.

The fact that this series can take the somewhat tired and overused tropes of the heist genre and continue to reinvent and subvert them is perhaps the show’s greatest feat. For a show called Money Heist, it most certainly lives up to the title in all the right ways. There are some new additions to the cast, out of which Rodrigo de la Serna, who portrays a new member of the gang, really stands out. He has several scene-stealing moments which are among the highlights of the new episodes. Another addition to the cast is Najwa Nimri who portrays Alicia Sierra and is the perfect antagonist for the Professor because she is as smart and calm as him. As the tension mounts, it essentially becomes a battle of nerves between Sierra and the Professor – making for some absolutely gripping drama.

The third part successfully manages to re-capture the best qualities of the previous episodes while simultaneously raising the stakes and bringing in a bevy of intriguing characters into the mix. The thrills and twists are all there and as a viewer you can’t help but get completely immersed in the series. Just when you thought the show couldn’t get any better, it uses Akido (a reference you will get after completing the third part) and raises the bar even higher.

So, until the fourth instalment of the show, it’s bella ciao.