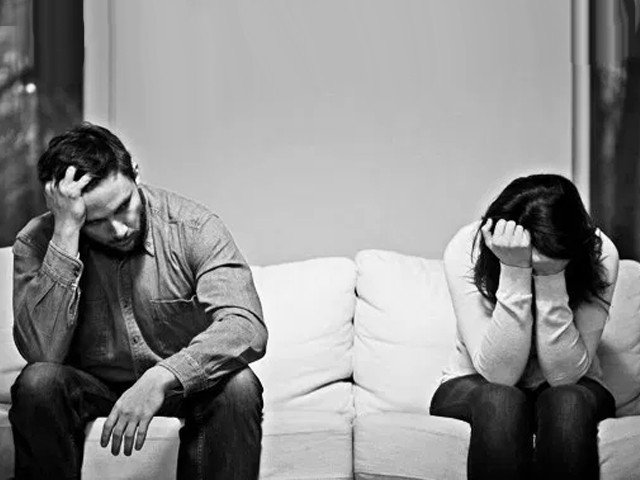 Many are advised not to break their relationships or end their marriages due to a ‘petty’ issue like cheating. PHOTO: PINTEREST

Have you ever been cheated on in an intimate relationship? Have you ever seen a couple where one partner cheats on the other on multiple instances yet they are trusted and forgiven each time?

Does it ever frustrate you that your friend, acquaintance or a relative cheat on their partner but shudder at the thought of separating or divorcing their spouse?

Cheating is one of the most commonly occurring themes in a relationship, and so far, a lot of research has been done on it. There are two categories and three types of cheating.

Cheating can either be a one-time incident in a relationship or a person can be prone to serial cheating. Furthermore, the types of cheating include physical cheating, emotional cheating and cyber cheating.

Saim*, a business man in his 40s, was engaged in chronic cheating patterns since decades. He had a love marriage and an incredible understanding with his compassionate wife. At some point, it was discovered that he has been married to another woman. The family intervened and upon knowing that he is already married, the previous wife took divorce.

Saim was humiliated in front of entire family for cheating both women. But even after all the hue and cry, a few months later, he was back to his antics and was found involved with other women. When his wife discovered this, she was utterly dejected to know that he did not keep his promise and broke her trust again. She was so hurt that she decided to opt for separation. Her in-laws supported her decision and even offered to move out with her. They offered her assistance in every possible way. Upon knowing this, Saim went into depression. He started having panic attacks and eventually attempted suicide. But he could not just stop cheating on his wife.

What Saim went through is not rare. Although we usually call it ‘womanising’, as it is commonly reported in men, but the behavior exists in women too. This pattern is so common and important that it is now being considered as a potential disorder in the upcoming Diagnostic Statistical Manual (DSMs) of Mental Disorders.

According to research, womanising, or chronic cheating, is more about power, dominance, narcissism and sexual aspects. There exist a number of research-based conclusions to why it happens and what kind of a person is prone to it. Men, who are constantly compared to other male siblings by their father, are prone to this behavior to seek power, dominance and validation. It actually stems from low self-esteem due to the comparisons in childhood.

Cheating also exists because of other reasons. In comparison to the aforementioned cheating, emotional cheating is different. It usually happens when a person feels a lack of emotional connection in their life. It can occur with or without a physical relationship.

My supervisor once told me about a case where two people, married to different partners, had been in love with each other since a decade. They used to meet each other at family gatherings as both of them were relatives, but did not engage in any physical intimacy. They would stay in touch with each other through frequent phone calls. Just because they were not physically intimate with each other, they believed they weren’t cheating on their partners.

Similarly, we see a lot of people in our practice who assume that flirting or engaging in a romantic connection over the internet is not cheating because of an absence of physical/sexual connotations. It is not true because cheating is defined as a breach in commitment. It is wrong because you made a commitment to be loyal to your partner since the beginning of the relationship, and it pains them when you break that commitment. They did not sign up for this. And that is why cheating is not something one should be proud of.

Partners suffer a lot as a result of their spouse cheating on them, so much so that it can cause trauma and have similar effects as of post-traumatic stress disorder (PTSD): repeated flashbacks of discovering the cheating, cues that trigger the emotional pain, having dreams related to the theme and so on.

I remember a man being affected by his partner’s behaviour so much that he gaslighted himself. There was clear proof that his partner was indeed cheating on him but he would make himself believe that he was just being “paranoid and crazy” and would blame himself for acting jealous and making her life hell. The revelation of her cheating impacted him so much that even other random girls with the same name as his girlfriend would trigger a fearful response, due to which he developed trust issues.

I once met a middle-aged woman who was devastated by her husband’s cyber affairs. Despite her objection, he would do it openly. He claimed that since he is doing it openly and not hiding anything from her, it does not count as cheating. He was dismissive about the cyber factor too since they never met in-person, hence, according to him, it could not be considered as cheating. The interactions he had during his cyber affairs ranged from flirtatious messages to exchanging content of explicit and personal value.

The woman was gaslighted and banished not only by him, but also by her friends and in-laws. Because of what she suffered, internet became a trigger for her, and being a computer science teacher, she couldn’t take it anymore. She once lashed out on a student who had only requested for the WiFi password. The worst part was not her outburst but having a dissociative episode after that.

Many are advised not to break their relationships or end their marriages due to a ‘petty’ issue like cheating. I think that we should be more empathetic in this regard and support the sufferers rather than expecting them to blindly move on in a jest.

Cheating, of any kind, is wrong. The person can come up with many justifications to excuse their cheating behaviour, and gaslight their partner in the process. But cheating brings its own trauma and repercussions. The line between cheating and cyber/emotional cheating is not a blurry one. Cheating, whether emotional, physical or cyber in nature, is after all cheating.