The ultimate clash: Can City beat United at Old Trafford and regain their top spot? 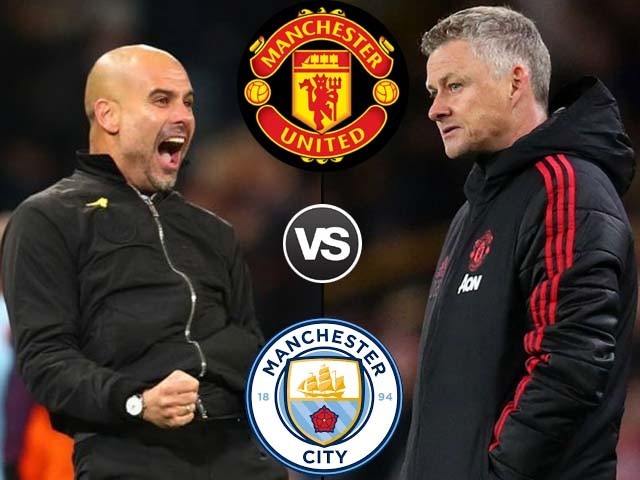 Guardiola has built up an impressive starting line-up over the past couple of years. Not only does he have a varied group of players at his disposal, he has also benefitted from having many different goal scorers this season.

Old Trafford will welcome Manchester City tonight in what promises to be a mouth-watering clash between the two Manchester rivals. For football fanatics, the importance of this match cannot be overstated. This game might prove to be the biggest turning point of the season since City are eyeing their second successive English Premier League (EPL) crown, whereas the Red Devils are fighting desperately to qualify for the Champions League next year. A defeat to City means Liverpool’s grip on the title will tighten.

Can Manchester City triumph at Old Trafford and regain their top spot? It all hinges on this match.

Pep Guardiola’s Manchester City have been prolific in the EPL. They have won their last 10 matches in a row and have trounced the big sides this season. The team is currently two points behind Liverpool, with a game still in hand against their old neighbours. A win at Old Trafford will help City retain their top spot. With only four matches left to play in the EPL, this match could prove to be decisive for City. A defeat will leave City two points behind leaders Liverpool, who are trying to clinch their first ever EPL title in nearly three decades. But will Guardiola’s side emerge victorious?

Let’s take a look at some of the key factors which may make or break this all-important match. Even his detractors would have to admit that Sergio Aguero has proven himself to be one of the most proficient strikers in the history of the EPL. He has stepped up on countless occasions to help City win many precariously positioned matches. Who can forget his last minute, title-winning strike against Queens Park Rangers in 2012? At the moment, he is the joint top scorer in the league alongside Arsenal’s Pierre-Emerick Aubameyang and Liverpool’s Mohamed Salah, each with 19 goals to their name. He has an impressive record against Manchester United in the EPL with eight goals, and could prove to be the difference between the two sides. City have only conceded 22 goals in 34 matches in the EPL this season. Aymeric Laporte, John Stones and Nicolas Otamendi have formed a rock solid partnership at the back to support goalkeeper Ederson Santana de Moraes. Their defence looks good at the moment and it will be difficult for the Red Devils to get many opportunities in the front of the City goal. Guardiola has built up an impressive starting line-up over the past couple of years. Not only does he have a varied group of players at his disposal, he has also benefitted from having many different goal-scorers this season. Aguero, Raheem Sterling, Leroy Sane and Gabriel Jesus form a long list of City players who can tear down the defence of any opponent. Guardiola is indeed spoiled for choice since he knows that all his players will readily step up to the plate if needed.

Ability to deal with pressure

Due to their recent experience as a cohesive unit, City have the ability to capitalise on their skill set and perform under pressure. This is the reason that they were able to win the title on the very last day in 2012 and were also able to add two more titles in 2014 and 2018. Thus, their experience of winning the league under trying circumstances may prove to be instrumental in such a do-or-die match. United bid farewell to Jose Mourinho in December and brought their club legend Ole Solskjaer to help lead the side. At the moment, the Red Devils sit in the sixth spot, three points shy of the top four. Even if they manage to beat City, it is unlikely that they will oust Chelsea from the fourth spot since the Blues have a better goal difference than United. Further, Arsenal are also vying for one those coveted Champions League positions and will fight tooth and nail to finish above both United and Chelsea.

Given the desperate nature of the race for the final spot, United will be looking to throw everything they have at City. United’s poor recent form and defeat at the hands of Everton just three days ago will undoubtedly be lingering in the minds of their players. United know that they cannot afford to lose their encounter with City and therefore may just surprise their opponents. The arrival of Solskjaer has bought a lot of goals to United as Paul Pogba, Romelo Lukaku, and Marcus Rashford have been in magnificent form along with French winger Anthony Martial. Pogba found his lost form under Solskjaer’s leadership and is currently the leading goal-scorer for United with 13 goals under his belt. Although United have a feeble defence, on a good day, their attack can pose a threat to City, like it did against Paris Saint-Germain (PSG) in the Champions League. It should not be forgotten that United have already won against Arsenal, Chelsea, Tottenham, Juventus and PSG this season, which proves that they have the ability to win in the big matches.

Paul Pogba of Manchester United celebrates as he scores his team’s first goal from the penalty spot with Anthony Martial and Romelu Lukaku during the Premier League match between Manchester United and West Ham. Photo: AFP

After taking into account the aforementioned factors, I predict a 2-1 victory for Manchester City. While City are the favourites in this upcoming clash, United may just pull off a surprise win and, in the process, throw the EPL table into a state of disarray.