#SahiwalEncounter: Is that all we are now, “human shields” and “collateral damage”? 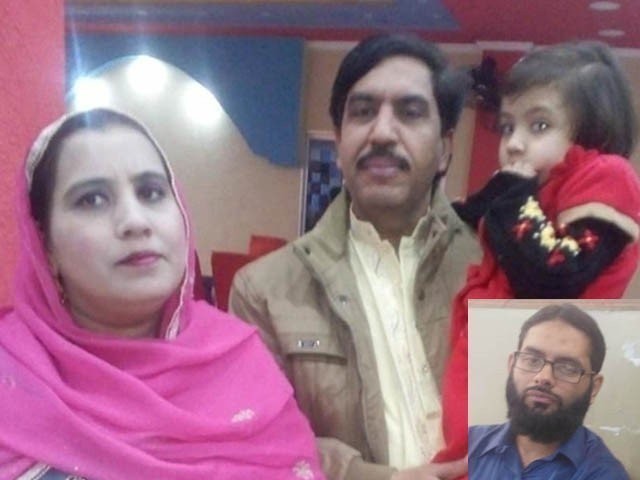 None of it excuses the fact that it were the state’s bullets that killed the civilians. PHOTO: EXPRESS

I don’t intend for it to sound sensational, but there were four bullets in a 13-year-old child’s body that were paid for by our tax money. This would be an appropriate time to question our security policies.

Four people were recently shot dead by the Counter-Terrorism Department (CTD) personnel on a highway in the Sahiwal district. The incident resulted in the deaths of the driver and three members of a family, including both parents who have left behind three orphaned children.

There are several versions to the story, by both eye-witnesses and the CTD itself. One may have to pardon my lack of faith in the official version, which is always the most rigorously circulated and readily believed. This scepticism is reinforced when the government’s version of the events sounds ominously similar to what the Israel Defence Force (IDF) might say following a massacre of Palestinian civilians.

Information Minister Fawad Chaudhry, while giving a statement about the Sahiwal killings, maintained that ‘terrorists’ were using the family as human shields.

Things took a turn from bad to worse when Punjab Law Minister Raja Basharat called the innocent victims of the ‘encounter’ “collateral damage”.

State terrorism is not acceptable.After listening to this kid I don’t need to wait for the JIT report on the brutal murder of his parents and sister by CTD Punjab CM Punjab must order to arrest CTD officials otherwise he may pay the ultimate price of this brutality pic.twitter.com/YgsQ9OnEl3

A ‘human shield’ argument marks the lowest, most reprehensible and the most convenient defence of state violence. If official versions of violent incidents are to be believed, there’s not a single house in Kashmir, Palestine, Vietnam, Burma or Uighur that wasn’t razed because of some ‘terrorist’ hiding in its basement. Every civilian casualty in record occurs because a terrorist waves at an armed agent of the state before crouching in cover behind the closest civilian.

None of it excuses the fact that it were the state’s bullets that killed the civilians. It seems that the justice system’s maxim that it’s better to let 10 criminals go than punish one innocent, does not apply to other state institutions. What makes the atrocity more tragic – if such a thing is even possible – is that the alleged ‘terrorists’ who incited the incident, managed to escape anyway.

As always, official platitudes followed public outrage. Prime Minister Imran Khan tweeted his ‘shock’ at the event, and promised that the state would take responsibility for the welfare of the orphaned children. Sixteen counter-terrorism officers were arrested and ironically booked under terrorism law.

Still shocked at seeing the traumatized children who saw their parents shot before their eyes. Any parent would be shocked as they would think of their own children in such a traumatic situation. These children will now be fully looked after by the state as its responsibility.

It’s certainly a start, and one dares to hope for justice to prevail. But arresting the offenders while denying a culture of brutality against citizens by their own protectors, would be of little use. The tragedy in Sahiwal is neither the first nor the last of its kind. We’re still a country where failing to stop at a check post may result in guards open firing at the car, as they did in Islamabad in 2017, killing a 27-year-old citizen.

As Hamza Shehbaz correctly identified, there is pressing need for legislation that prevents Sahiwal-like atrocities from occurring. Security agencies, however important, must be regulated.

The incident at Sahiwal is both a tragedy, as well as a warning for more Sahiwals to come should the state fail to implement new regulations on its security apparatus. What is certain to make conditions worse, is a government siege-mode in which it attempts to justify its fatal flaws by borrowing the language of established tyrants.