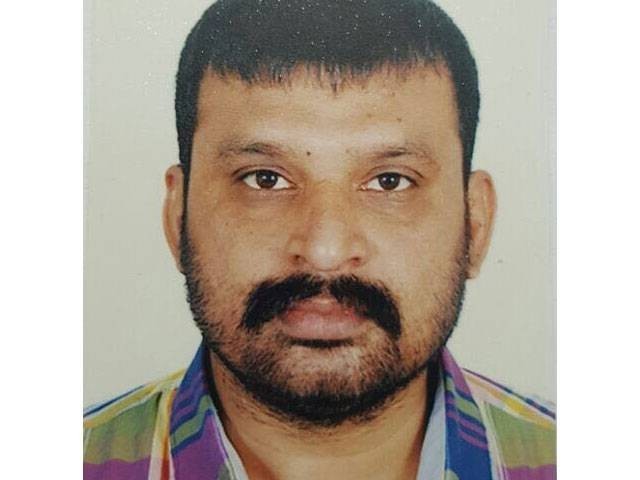 A citizen of Pakistan, without getting any trial, died a slow painful death in Karachi at the hands of some Rangers’ officials while begging for mercy. This wasn’t alleged but it is what actually happened.

We all saw it on video. I am talking about the 22-year-old Sarfaraz Shah whose killing in 2011 put it beyond doubt that men in uniform are not necessarily holy men. They are as much capable of violating the law and misusing force even without any provocation. Sarfaraz’s death warranted condemnation from all segments of society, perhaps because it was on video and even the most habitual apologist could not defend the killing of an unarmed person.

Today, another man reportedly died in Rangers’ custody in Karachi. His name was Aftab Ahmed. But he will not be viewed as a citizen of Pakistan, considering he committed the ultimate sin; becoming a political worker. Now, the only identity that matters is his party membership. His right to a fair trial would be subjected to how much his party is favoured by the masses. The reports of his death and the brutality he suffered will only be considered as credible as the leadership of his party. His family’s right to justice will be weighed against the injustice caused by members of his party in the past.

In the end, given his party’s current position, it is likely that the majority may conclude that he deserved to die – it being the desired result for those who perpetuate the process of demonisation of political parties.

Yes, there are political parties whose members have been involved in crimes. But, there are also members who have been framed for crimes as well. To assume that political victimisation has never taken place in Pakistan at the hand of Law Enforcement Agencies (LEAs) is not just an ill-informed and ignorant view, but an injustice to all those who have been extra judicially killed in Pakistan.

But, how can the masses be expected to empathise with those that are killed when we are only taught to see political parties through the lens of doubt, where they are either considered traitors, separatists, corrupt and/or foreign funded.

These corrupt, foreign funded traitors and separatists will not be banned, but they will most certainly be put on a leash. They will be kept vulnerable so that they can continue to fulfil their desired purpose at any given time. They will be used to fill places in the cabinet when a chief desires to be King. As ministers, they will exert their influence and increase the scope of their activities in Karachi.

On one end, urban development will grow rapidly, giving positive indicators and causing an increase in faith in the new. However, opportunistic politics will also result in a turf war causing a steady rise in killings, land grabbing and extortion. The chief would commend the good work and ignore the crimes as the King would need his court to renew his term and expand his reign. The lust to remain King, and the dependency on the court for same, would increase so much that the King may stand with his fists raised high, a guiltless smile on his face illustrating a shameless show of power in the capital on a day when 52 would be killed in Karachi under the governance of his court.

No questions would be asked. No political workers will be picked up for interrogation. The Rangers will continue to sit on the side-lines up until the party fulfils the purpose.

And when the chief leaves the court and the throne will return to those whom we are taught to doubt, the public will grow impatient and restless. Then, the ministers and their parties will go back to being traitors and separatists. 15-year-old confessions of their former workers against them will be recorded afresh as if they were new revelations so the public doesn’t question the chief on his selection of ministers. The revelations will make the public grow more impatient and restless; they will express discontent with the system of governance and will call out for action, direct and immediate action.

This sense of urgency will shape the public opinion which will allow immunity to the LEAs from any transparency and accountability for their actions and which will condone collateral damage such as the death of political workers like Aftab Ahmed, while in custody.

But the real tragedy is that political parties are as responsible as the LEAs for the dehumanisation of political workers and desensitisation of the public regarding values such as freedom and rights.

When leaders of political parties indulge in criminal activities for personal gains, they thicken the lens of doubt. When those leaders get tired of sitting in the opposition and line up in front of dictators, they help demonise their peers in turns. When these leaders only define an attack on their party interests as an attack on democracy, they reduce the value of notions such as fair trial and due process. Political parties like MQM allow for the system to be abused, they allow their workers to be abused and for democracy to be abused along with it.

To Sabeen with Love: A human platform for dreams and aspirations