If Gillette’s ad proved anything, it’s that #NotAllMen want to be their best 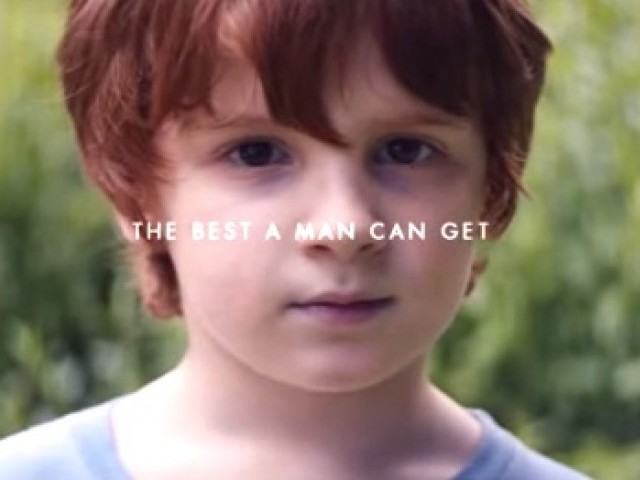 The nature of the message and the way it was conveyed has resulted in a massive backlash from men. PHOTO: SCREENSHOT

When a celebrity or corporation deviates from societal norms, it ends up creating controversy and a lot of debate. Right now, a Gillette advertisement, released just a few days ago, is doing the same. The advertisement has so far garnered well over 17 million views but more than the views, it is people’s responses to it which tell the real story:

Presently, over 450,000 people have ‘liked’ the video on YouTube while the number of dislikes is almost double this number. The comments section is also interesting because of the fierce debate that is developing slowly. On the whole though, the negative comments are overwhelmingly greater in number than the positive ones.

The advertisement is Gillette’s take on the #Metoo movement, and in essence, advises men to improve their behavior by refraining from sexual harassment of women, bullying and other kinds of anti-social behaviours. The advertisement is a downright attack on what has become known as ‘toxic masculinity’ and urges men to reform their behaviour by becoming more considerate towards not only women but also themselves.

What is being said in the commercial is not something new. This message has been conveyed before in many forms and by many entities, particularly in the past two years. What makes this commercial different is that this time, the company under attack is Gillette, a company that specialises in the production of shaving products and whose customer base is thus overwhelmingly male. This combination – the nature of the message and the way it was conveyed – has resulted in a massive backlash from men.

Besides comments on the Youtube channel, many videos have been surfacing on social media recently, both by media channels and individuals, severely criticising the commercial:

People all over the world also took to Twitter to express their outrage:

I’ve been shaving since I was 12, since the beginning I used Gillette because that’s what my father used, now I will never use it again, and neither will my father, collectively been your customers for 50+ years never again #BoycottGillette #Gillette

@Gillette has made it clear they do not want the business of masculine men.

I will grant their wish.

I have used #Gillette razors since they sent me a free sample on my 18th birthday, and will no longer buy any of their products.

I will no longer support your company. I will NEVER apologize for being a male because you want to appease the “political correctness movement”. Sad day when the best a man could get is a company calling out males for being men. #gilletteboycott

Gillette ad says "some men act the right way" but implies that most dont. Can you imagine an ad saying that about women. "Some women act the right way." Feminists would be exploding with rage, rioting in the street. Yet they act like they cant understand why men don't like the ad

The criticism on the commercial is largely based on the following points:

1. The commercial is an outright attack on masculinity and equates it to ‘toxic masculinity’ which is wrong as the term is nothing but a ‘feminist propaganda’.

2. It paints every male with the same brush, overgeneralises and hence lacks the essential nuance.

3. Gillette has no right to discuss this issue as it is a profit-oriented corporation. Furthermore, its main role is to sell razors and not to indulge in such matters.

4. Gillette is doing this only to gain cheap publicity because it is losing its market share to other companies like Dollar Shave and also facing problems due to the growing popularity of beards.

Just how fair is the above criticism?

For starters, one thing that all these unreasonably angry men have to get out of their heads is the idea that ‘toxic masculinity is just some sort of an inflated notion propagated by feminists’. Toxic masculinity is in fact something very real. French writer and feminist Simone de Beauvoir famously wrote:

“One is not born a woman; one becomes one.”

In these immortal words, she explained that men and women are conditioned into existing different gender roles and behaviours. In other words, the difference in the status of men and women is not primarily due to biological differences but social conditioning. Similarly, it will also hold true to say:

“One is not born a man; one becomes one.”

I am not saying that biological differences don’t exist or don’t matter at all. All I’m saying is that our actual social position and behaviour is more a result of conditioning than anything else. This conditioning is done in two main ways. First is through a social structure which privileges men over women by placing decision-making and bread earning status in the hands of the former. Consequently, it is men who control economic, political and social decision-making in the household. This pattern of social dominance is then repeated over generations as male children are given priority over female children during their adolescence.

As a result, in most societies, men are groomed to be the bread earners while women are raised to play the role of dependent spouse. These differences in upbringing acclimate men and women into different roles and statuses.

The second major way this conditioning takes place is by perpetuating different notions of what constitutes as masculine and feminine.

Masculinity is projected as ideal with certain attributes which must be acquired to achieve it. These attributes are toughness, aggressiveness, violence and assertiveness. Furthermore, these qualities are often measured against femininity which is equated with very different type of qualities such as timidity, softness, sweetness and deference. The problem with these masculine qualities is that they can easily slide into a region of extreme insensitivity and lack of empathy particularly in the context of gender relations.

For example, men are made to believe that to pursue women for courtship or physical intimacy, they have to be aggressive and domineering as this is how a ‘real man’ is supposed to act. Throughout my life, I have seen men being encouraged to act like this and their behaviour is condoned by people saying “boys will be boys” when this behaviour starts to slides into objectionable territory.

Harassment of women is, to a large extent, an outcome of this type of thinking and mindset which has been inculcated in men through this ideal image of masculinity. The term ‘toxic masculinity’ is an accurate description because frankly, this ideal is perverted.

The second objection that the advertisement paints every male with the same brush is also largely misplaced. Yes, the advertisement talks about pervasive male behavior but never says that every man is identical. Men differ a lot individually, but this socially constructed idea of masculinity is largely the same. While its effects on different men are different, no one can disagree that it is negative. Importantly, ideals and behaviours based on such ideas can only change when we evoke conversation about them.

Lastly, the argument that Gillette – which is a corporation and has a male target market – should just focus on selling razors and refrain from such messages is also misplaced. In fact, the very fact that it is a corporation and targets male consumers places it in a better position to convey such a message.

The very fact that the advertisement evoked such backlash from men shows that men watched it and were seriously affected by it. The advertisement has touched a nerve and sparked a fierce debate. Even though right now more men are angry than they are convinced, this is crucial for necessary change to take place in beliefs deeply entrenched within any society.

Corporations can make an issue far more mainstream compared to what academics and even journalists can do. Gillette is by no means the first company to take on a social issue.

Recently, major companies like Nike have even experienced increased sales in response to their efforts to bring about social change.

One can argue that Gillette is doing this just for the sake of increased profitability and therefore has no right to do this. I strongly disagree with this because for me, the impact is far more important than the intention.

Being a profit-making company doesn’t imply that you cannot convey such messages. It’s okay to both earn profits and indulge in socially responsible behavior, and if Gillette is guilty of anything, this is all it’s guilty of.