Did Jake Gyllenhaal as Mysterio just steal Spider-Man’s thunder in Far From Home?

He’s alive! He’s alive! The trailer for Spidey’s next adventure titled Spider-Man: Far From Home finally dropped. From the looks of it, our friendly neighbourhood superhero somehow finally came back to life after vanishing into thin air after Thanos infamously snapped his fingers to cut the world’s population by half. Although we don’t know how Peter Parker (Tom Holland) comes back to life (we will know that once Avengers: Endgame hits the theatres), we do know that he will have to at some point. 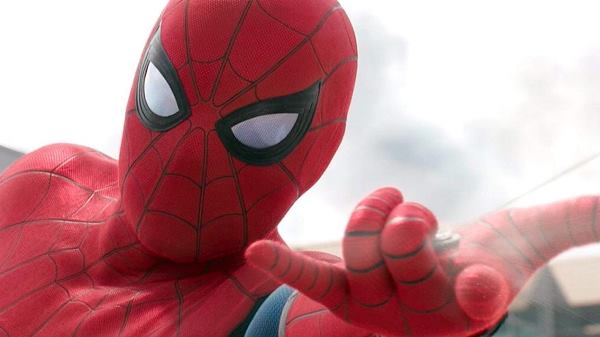 The trailer kicks off with Spider-Man attending a charity event (something I think Aunt May convinced him to do after she got to know about her nephew’s alter-ego). Aunt May (Marisa Tomei) is taking the whole “her nephew risks his life everyday” reality surprisingly well.

Moreover, Far From Home is going to be the first cinematic outing for Spider-Man where the main setting isn’t the city of New York.

The trailer shows us Peter going on a school trip to Europe along with his classmates. He’s having the time of his life with his crush MJ (Zendaya Coleman), and his friend Ned (Jacob Batalon), before he encounters a new threat: the Elementals, a force of extra-dimensional humanoids who have powers over natural forces. The Elementals include Hydron (lord of the waters), Magnum (master of the earth), Hellfire (wielder of flame) and Zephyr (mistress of the winds). After watching the trailer, it is safe to say that the Elementals look quite slick.

Perhaps the most interesting thing about the trailer was Nick Fury’s (Samuel L Jackson) appearance as he asks Peter to step up and use his powers to fight the Elementals who have been wreaking havoc across Europe. The coolest scene in the entire trailer was when Mysterio, played by the extremely talented Jake Gyllenhaal, appeared from a green mist before taking on Hydron.

Gyllenhaal’s casting news was the one thing that got me excited for this Spider-Man. His presence is surely going to transform the movie from being just another fun Marvel movie to something more engaging and artistic. The scene where Mysterio wears his iconic Plexiglas fishbowl mask and takes on Hydron is mind-blowing to say the least. Gyllenhaal’s Mysterio definitely stole Spider-Man’s thunder.

But not all is bad for our web-slinging superhero as he gets not one but two new suits for his latest outing. The first one being the red and black suit while the other being the stealth suit which is entirely black.

Although initial rumours had suggested that Mysterio would play the main villain in this sequel, by the looks of the trailer though, Spider-Man and Mysterio might team up in order to take the Elementals down.

Honestly, I didn’t care for another Spider-Man movie even though I enjoyed Homecoming. It’s a little hard to get excited for another movie featuring Spider-Man whom we have seen on the big screen time and again. What did change and made me excited for this sequel was the fact that Mysterio was going to be making his movie debut. We would do well to remember that Mysterio is not your typical villain.

I have been a huge fan of Mysterio since I played Spider-Man 2: The Game which featured him as one of the villains. The fact that Mysterio does not have any superhuman abilities and is an expert visual effects designer, magician, illusionist and chemist with an extensive knowledge of hand-to-hand combat makes him an interesting villain. It is a proven fact that an offbeat villain played by a talented actor can do wonders for a film (case in point: Killmonger, The Joker and Magneto) and hopefully that will be the case here.

The trailer promises a CGI-fuelled entertaining ride with exhilarating action sequences along with Gyllenhaal’s charismatic presence and some old Spidey fun, assuring that the movie hits all the right chords with the audience. I am also hoping that because Far From Home will be the first post-Avengers: Endgame film in the Marvel Cinematic Universe (MCU), it will bring some lighthearted fun to whatever melancholy and gloom Endgame leaves us with.