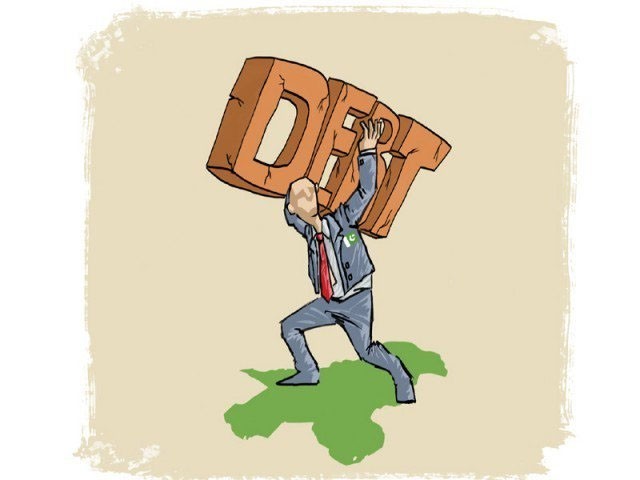 A lack of action over the crisis has severely hurt investor confidence in the power sector. ILLUSTRATION: JAMAL KHURSHID

Power-sector circular debt has become a subject of hot discussion as the media bandies the government’s efforts in securing emergency finance from external sources. Although various explanations of the cause and potential solutions to this crisis have been published in academic circles, very little of this has been understood by the population of Pakistan. Unsurprisingly, none of the discourse has translated into action at the policy level.

At its core, circular debt is the state’s outstanding financial obligations to Independent Power Producers (IPPs) for supplied power, and to vendors for fuel consumed by state-owned power plants.

For decades, the determination of end-user power tariffs has lagged several years behind market conditions, resulting in insufficient power revenues to cover the cost of production and distribution. These accrued losses can generally be attributed to poor governance and oversight at a national level, trickling down to poor performance by state-owned distribution companies, particularly in their infrastructure management and bill collection responsibilities.

The government has always had one simple short-term solution: borrow funds to cover the deficit in revenues.

As the circular debt bill tops Rs1.3 trillion, credit sources available to the government are running out, while pressure on the rupee is rapidly depleting the state’s foreign currency reserves. Pakistan is at risk of bankruptcy, and there is no precedent on how a default would be handled by its creditors.

Although the government is pursuing low-interest bailout loans from friendly countries as urgent short-term relief, very little is being done to counter the systemic inefficiencies in the power sector which have caused this crisis in the first place.

In summary, the root issues are:

1. Pakistan owns over 10,000 megawatts of generating assets, the majority of which run on imported oil. The efficiency rates of these power plants are well below global standards, and the plants are rapidly deteriorating in condition every year.

2. Transmission and distribution losses average 20% across the country, peaking at 39% in certain districts. The power infrastructure is old, unreachable to 50% of the country’s population, and is deteriorating in condition with time.

4. With time, the creditworthiness of state institutions is deteriorating drastically, with very little new finance available to the state. This credit crunch has meant a crippling lack of investment in the upkeep of a rapidly deteriorating power network.

5. Tariff supplements introduced by previous governments to accelerate power sector revenue have proven to be unpopular, damaging to economic activity, and have ultimately been ineffective in curbing the growth of public sector debt.

A lack of action over the crisis has severely hurt investors’ confidence in the power sector, with record low investment in IPPs and no investment in transmission and distribution infrastructure. With the recovery of investor confidence an urgent and behemoth task, it is easy to forget that 50% of the population of Pakistan is still without access to electricity. Electrifying these 32,500 villages is a seemingly impossible task, especially considering how systemic inefficiencies in state institutions have impaired the existing power network.

Any solutions sustainable beyond a few months of relief require drastic actions which are likely to be politically unpopular in the short term. A wide understanding of the issues is required across the population of Pakistan to lobby the government and policymakers into taking urgent action with long-term consequences.

Power-sector experts agree on a number of key actions:

1. State-owned generation assets require urgent investment and management by qualified and experienced professionals. With the absence of a public-private finance framework, the only solution deliverable is partial privatisation. Any privatisation process needs to offer the assets to the private sector on a pre-defined project basis, strictly defining minimum investment, equipment, efficiency and generation covenants.

2. The proceeds from the sale of these assets must be used to guarantee fuel supply to IPPs to revive investor confidence in the power sector, and as investment in the upgrade of key areas of state-owned transmission and distribution network.

3. National-level policy is needed to incentivise private investment in distributed generation assets, including small power plants and smart grids, to reduce the pressure on a centralised transmission and distribution network.

The national grid model is based on a century-old planning philosophy when large fossil fuel-driven plants were the most efficient and viable solutions available. Large transmission and distribution networks were created as a secondary measure, to transport the generated power to consumers across a wide geography. Globally, these large transmission networks are proving to be expensive to maintain, and countries like Japan are rapidly moving off their dependency on the outdated central generate-and-distribute model.

Generators, inverters and consumers on these smart grids communicate automatically and instantaneously to ensure power is generated and dispatched upon demand, with minimal losses and low end-user tariffs.

In its essence, the circular debt spiral is a symptom of Pakistan’s outdated power infrastructure plan and acts as a very strong macroeconomic signal.

Countries with well-developed transmission and distribution networks have made significant investment, and hence have long recovery periods which must be met before such networks can be decommissioned.

Pakistan’s lack of investment in transmission and distribution networks is an opportunity to wean off its dependency on the crumbling infrastructure earlier than the rest of the world.

The support of private investors is critical to deliver meaningful development of distributed generation, a sector with proven capability to reduce end-user tariffs for all consumer profiles. Most importantly, it finally presents a viable plan to electrify the most rural of geographies, including the 50% of Pakistan’s population left behind by development programs of the last 71 years.

A Private Equity manager specialising in international capital. He lives in London and tweets @HaiderAShah

Goals for the incoming government: Tell us where all our money has gone