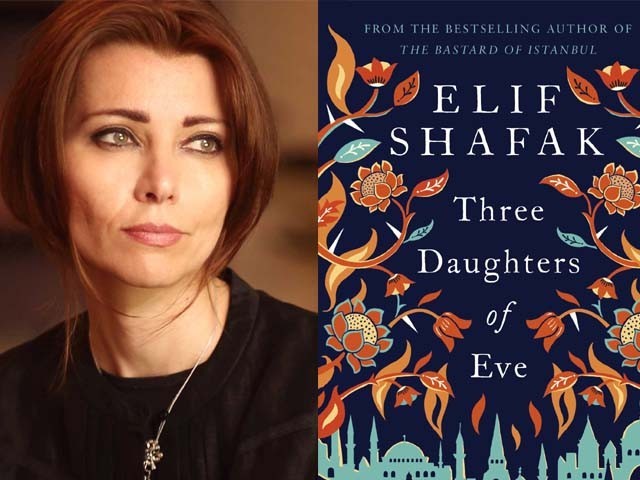 Shafak does not provide the ‘philosophical’ grounds for the questions asked in the book.

The most pressing concern of an individual confused about his/her belief or faith is the instinctive attraction towards spirituality or religiosity. The path towards righteousness is often met with confusion. Though there is some clarity, the confusion is always there.

Elif Shafak’s recent novel, Three Daughters of Eve focuses on three main characters, categorised in the book as, the Sinner, the Believer and the Confused. It also focuses on the character of the professor. The book constantly moves between the past and present, and between the protagonists’ feelings of confusion, reasoning and clarity.

Peri has had a disturbed childhood. Her father Mensur strongly believes in socialism and modernism, is a staunch follower of Kemal Ataturk, a fan of western education, and looks up to spiritual poets such as Omer Khayyam.

He has a cold, distanced relationship with his wife Selma, who is quite religious, and even more so after her eldest son Umut’s arrest and imprisonment (for associating and harbouring a socialist plan to assassinate top government officials).

Mensur has always strived for his daughter’s education, so much so that he pushes her to get admission into Oxford University. It is at this prestigious university that Peri (the confused) meets Professor Azur (who ultimately changes her life), Shirin (the sinner) and Mona (the believer).

What Shafak has done is present her own understanding of religion and spirituality through these three different characters.

Over a span of one night, the book shifts to a 30-something Peri, who is now the wife of a wealthy husband and a mother of two teenage twins. She is a ‘moderate’ Muslim who still has not found answers to the questions that have been on her mind for so many years. Her quest for answers, Professor Azur’s strict method of dealing with her questions and her love for the professor is what sets the premise of her past life and the uncertainty stemming from these things continue to define her present life.

Through this book, Shafak aims to answer the questions that plague many of us. The book in detail discusses the difficulties in understanding religion, the struggle between modernity and conservatism, and the boundaries that one sometimes crosses when in doubt or uncertain.

Shafak’s choice of setting is also significant. She chooses Istanbul, a historical and cosmopolitan city. She contrasts stories of ancient poets and their artistic pursuits with modern-day Istanbul. This contrast is significant because it highlights the main theme of the novel – old-school values and traditions surviving in the 21st century.

Peri’s character in the book appears to be that of a confused, nihilistic being in search for ‘good’ and answers. The author portrays so many different sides to the protagonist’s character that it does not make for a particularly memorable read.

Another factor that makes the novel not much different from a clichéd and dull storyline is the way it deals with the characters in a very obvious manner – it raises questions related to God and Islam but does not give answers to any of these questions.

After The Bastard of Istanbul which was written with finesse, comprised of excellent prose, and dealt with questions of femininity and issues pertaining to the cosmopolitan Istanbul, Shakaf in Three Daughters of Eve deals with pertinent questions dealt with in a trivial manner.

The book lacks in finding meaning in the most absurd of circumstances, presenting a façade of Islamic civilisation and righteous deeds continuing to persist in today’s world. It focuses on the need to adopt modern values, while conserving ancient heritage.

The book profusely quotes spiritual poets and leaders such as Rumi, Eckhart Tolle and Anais Nin but doesn’t talk much about the need for Muslims to reclaim their space and religion.

The narrative tries to create a middle ground to find a common path between love and faith, doubt and clarity, and rigidity and modernism.

One of the lines in the book deals with love and faith in the following words:

“She said, there’s something about love that resembles faith. It’s a kind of blind trust, isn’t it? The sweetest euphoria. The magic of connecting with a being beyond our limited, familiar selves. But if we get carried away by love or by faith, it turns into a dogma, a fixation. The sweetness becomes sour. We suffer in the hands of the gods that we ourselves created.”

Hence, aiming to answer questions related to Islam through three different but typical lenses of left, right and middle, Shafak does not provide the ‘philosophical’ grounds for the questions asked in the book, nor does she provide room safe enough to let these questions persist.

Though the questions do not have a definite answer, or a fixed form, they float in a space that allows us to be at peace with ourselves.

Three Daughters of Eve could have been a go-to book for confusion to do with faith and religion, one that provides a middle ground, but its lack of meaning and substance has failed to deliver the finesse a book such as this one requires.

An International Relatoins graduate from Kinnaird, Faiz follower and a reader.