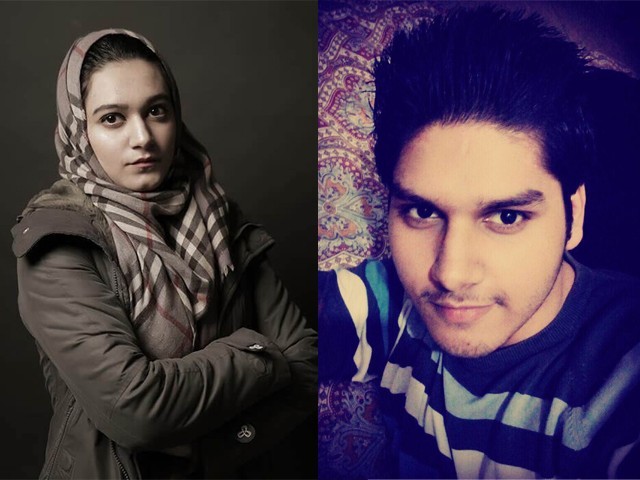 Khadija’s earnest pursuit of justice, her likability, her persuasiveness on media, and the immense public support she got could not trump the dark brotherhood of the legal community.

Shah Hussain’s May 25th ‘acquittal’ in the Khadija Siddiqui case has led to public outrage. People’s faith in the criminal justice system seems to be shattered yet again. In 2016, Khadija was attacked by a helmet adorned assailant multiple times, 23 times to be precise, with a knife.

On July 29, 2017, a magistrates’ court convicted Shah, her classmate at law school, of attempted murder and criminal hurt (Sections 324 and 337 of the Pakistan Penal Code) and sentenced him to seven years in prison. In March, 2018, a session’s court reduced the sentence to five years, and last week, the Lahore High Court (LHC) allowed Shah’s appeal, thus acquitting him of all charges.

This means he walks free unless the Supreme Court intervenes.

There are many concerning things about this case.

One, Khadija stated in a television interview that judges tried to coerce her to withdraw the case and forgive the defendant. A judge is meant to be a neutral arbitrator, and this alone ascribes to him a degree of partiality towards the defendant and compromises the decision. Mediators and jirgas find common ground and resolve disputes, but in cases this serious, and in judicial forums, judges should not play such a role.

Urgent: i want to clarify that i was talking about additional session Judge on compromise issue, NOT the honourable judge of High court. I have only commented on the decision given by HC, I respect all the judges and have complete faith that justice will be done.
InshaAllahh pic.twitter.com/RRNRKttc3s

Secondly, Khadija’s lawyer offered sound evidence to prove the crime beyond a reasonable doubt. According to one of his tweets, a forensic report confirmed Shah’s connection to the crime.  He was wearing a helmet possibly as disguise. This was examined by the Punjab Forensics Department, arguably one of the best in the country, which found evidence of Khadija’s blood and a swab on the inside revealed that the helmet was worn by the accused. There is video footage of the event as well. While it is true that in criminal cases the burden to prove guilt is on Khadija and her counsel, this appears to be one of the cases where that burden was satisfied. An appellate court retains the right to review the decision but most such courts defer to the lower court’s findings on evidence as they examined it directly.

I decided to give one of the many reasons why this acquittal is a SHOCK. Ive attached PUNJAB FORENSIC REPORT of HELMET recovered where khadija was stabbed. It says 1)the blood on helmet is of khadija 2)the DNA from swab inside the SAME HELMET is of SHAH HUSSAIN #WeAreWithKhadija pic.twitter.com/o78d0lHGvy

The decision seems to be based on errors and contradictions in the testimony and investigation – Shah was nominated in the FIR 11 days after it was filed, his motive was unclear, and that the victim said she was stabbed 23 times, yet she sustained 11 wounds. Were these flaws enough to destroy the case? Procedural errors such as these can mess up a case. However, flaws in investigation, conflicts in witness statements can be disregarded where the evidence is overwhelming that the defendant is guilty and the errors harmless. A legal system which finds procedural injustice to trump the compelling need for substantive justice in a high-profile case does not inspire public confidence.

Unfortunately, attempted murder is defined poorly in our law, and could help the assailant, as Section 324 reads:

“Whoever does any act with such intention or knowledge, and under such circumstances, that, if he by that act caused qatl (murder), he would be guilty of qatl-i-amd (attempted murder), shall be punished with imprisonment for either description for a term which may extend to 10 years  [but shall not be less than five years if the offence has been committed in the name or on the pretext of honour] , and shall also be liable to fine, and, if hurt is caused to any person by such act, the offender shall, in addition to the imprisonment and fine as aforesaid, be liable to the punishment provided for the hurt caused.”

A criminal defence lawyer on appeal could certainly make an argument that Shah did not possess the knowledge that by his act of slashing the victim, he would expose her to the risk of death. In some countries like the UK, attempted murder can only be satisfied by proving an intention to kill. Regardless of such a legal argument, the case for Section 337 (hurt/battery causing injury) was quite strong for Khadija in terms of evidence as well as it being the correct criminal charge.

There seems to be some confusion on the need to prove motive. A crime comprises a criminal act and a guilty mind. A guilty mind is otherwise known as the “intention” to commit a crime and is satisfied by the very act of violence in this case. Motive digs deeper into the story. What happened prior to the crime that gave the accused a reason to act that way? This explanation is not required to prove the crime at all but can help the prosecution’s case, if there is a coherent reason (jealousy, revenge and so on); it can also serve as an aggravating or mitigating factor for sentencing.

It is not, though, mandatory for Khadija to prove motive to establish the basic elements of an offence which are 1) the bad act and 2) the culpable mind that accompanied it. You can check Section 324 and conclude the same – no motive needed for proof. In his decision, the judge gives undue importance to motive and seems to focus on how Khadija’s purported letter to the defendant “proposing him for marriage” undermines her credibility.

Next, the issue of her character on trial. Of course, credibility is important in some cases. In fraud and defamation, it is typical for prosecution to ask unrelated questions in order to destroy a witnesses’ general believability. But the key is that evidence of good or bad character has to be relevant, probative and helpful to the arbitrator rather than prejudicial and designed to harass the victim.

In a case where there was footage and DNA evidence, evidence of her character is not only irrelevant, it is grossly prejudicial to the prosecution’s case.  It diverts attention from the egregious nature of the crime to a soft target – the character of girls and women – easily destroyed, swiftly besmirched, readily consumed for alleged violation of modesty, honour, and gender norms. Using misogyny to undermine a case of gender-based violence is not just irony, it is reprehensible and an appealable issue. This also raises concerns about our victim protection programs.

Media attention alone was overwhelmingly supportive of a conviction. Normally, such media attention prejudices the defendant’s chances of receiving a fair trial. Yet, the opposite ensued. Khadija’s earnest pursuit of justice, her likability, her persuasiveness on media, and the immense public support she got could not trump the dark brotherhood of the legal community – the ties, the bribes, the dawats, the favours, the kinship, the general consensus on patriarchy, and paternalism that foster a mini mafia of influential male lawyers and judges.

Lastly, a reduction in sentence would have been acceptable. If five years was too much and there were genuine redemptive factors, then knock it down a year or so. The maximum for attempted murder is 10 years with a minimum of five where honour was involved. The judge could also have allowed the appeal on attempted murder and reduced the charge to Section 337.

But allowing the appeal and absolving Shah appears to be a miscarriage of justice. Moreover, it has exposed many areas of the criminal justice system in dire need of radical reform.