Victims of patriarchy: Save the women of Pakistan 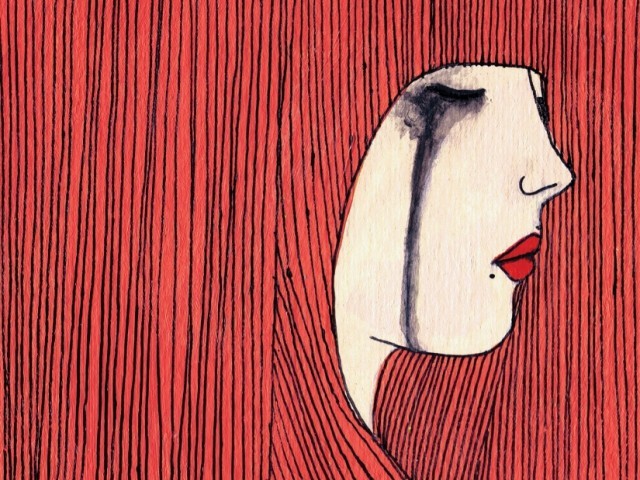 Up to 90% of women are victims of domestic violence in Pakistan.

My last blog post on soaring cases of rapes in Pakistan received a mixed review. While some readers appreciated the issues that I highlighted as being responsible for the increasing numbers of the gruesome tragedy, to others the piece was nothing but a Islam bashing, ‘westernized’ viewpoint coming from the pen of a feminist! And while a few of the emails that I received from our foreign readers discussed the hardships that rape victims all over the world have to face and live with (appalled at the lack of support for these victims in Pakistan), there were other countrymen who took offense at the mentioning of the Hudood Ordinance and its ‘blatant misrepresentation’ in the writing, leading to misinformation!

Religion, it seems is the favorite appetite of us Pakistanis, and hence always runs high on demand. This demand becomes more apparent when an average citizen wants to seek refuge for his shortcomings under the huge umbrella of religion. Hence starts exploitation in the name of religion, where it becomes easy to embrace and easier to discard the rules if and when required. But there are other, even bigger ironies that we witness and experience on a daily basis – ugly practices in the name of culture which, after having been long embedded in us have now almost become a national identity, and a national crisis for gender equality I must say. These ugly practices, with their strong and tight-clipped jaws seem to have engulfed everything, taking by storm almost every aspect of social life, not sparing even the most vulnerable segment of population – women.

To coincide with the United Nations-declared International Day for the Elimination of Violence against Women, marking November 25 as a day against gender-based violence, I doubt it will be any different for the ‘bechari’ women of ours who are forced to live in the hell of abuse, both in homes and the society at large.

It seems even the homes, considered most private and safe places on Earth cannot save these poor souls from the ugly culture of violence. So it’s not just the bus stops or hospitals, open fields or offices. With fear and shame lingering in their own drawing rooms, peeping through their windows and emancipating from their own families, domestic violence has become a norm for women in Pakistan.

We all remember the barbaric footage of the Taliban in Pakistan flogging a young girl in public back in 2009. We also remember the months of debate on whether the video was authentic or not. However, what happened to Chand Bibi in Swat was by no means unique. The Taliban are not the only ones brutalizing women in Pakistan.

According to a Human Rights Watch report, it is estimated that up to 90% of women are victims of domestic violence in the country where in every one out of three households there is violence against women.

The United Nations defines violence against women as:

Any act of gender-based violence that results in, or is likely to result in, physical, sexual or mental harm or suffering to women, including threats of such acts, coercion or arbitrary deprivation of liberty, whether occurring in public or in private life.

Violence against women, be it physical, psychological, sexual or through economic deprivation is one of the most pervasive of human rights violation which denies women equality, security, dignity, self-worth, and their right to enjoy fundamental freedoms. While such rash treatment continues to be a global epidemic that cuts across countries and boundaries and kills, tortures and maims the tender gender, from genital mutilation in the African women to killing in the name of honour in the Middle East, the situation gets a little dark when it takes up the garb of cultural practices and norms further fuelled by misinterpretation of religious tenets, cutting across class, education, income, ethnicity and age in Pakistani society. Even if we leave out the different forms that this violence takes up: rape, female genital mutilation, forced prostitution, feticide, infanticide, honor killings, acid-throwing crimes and women trafficking to name just a few, and focus instead on the evils of domestic violence only, the reality is hard to ignore and even harder to digest.

Unfortunately, a few bizarre and tragic stories of acid-throwing or stove-burning, those which are lucky enough to make their way to the media, seldom register on our conscience. A mutilated face of a woman or a third-degree burn patient therefore receives very little of our attention. And hence the crime goes grossly neglected and unreported across the country.

Dowry-related domestic violence is especially on a rise where the new bride is abused, often assaulted and even physically tortured for failing to bring the preferred size and matter of dowry. Many of these unlucky women are purposefully burned to death or mutilated to have committed the ‘crime’. Ironically, many consider death to be the safest possible solution to get rid of the living hell!

And there are other forms of this domestic violence, some which hardly make it to the national media. The growing number of incest, marital rapes, forced prostitution, assault by the in-laws is just a few to name. Unfortunately, in most cases those who suffer are not even aware of the reasons behind this inhumane treatment being meted out to them let alone find ways to snap out of it.

Our culture also perpetuates the crime to a large extent. Killing women in the name of honour, the centuries-old tradition of exchanging child girls in marriage often to settle disputes between rival groups – a practice which has several names like Savara, Vani and encouragement of the false notion that ‘silence is the best morality for girls’ are some of the examples.

Seen in the larger context, violence against women is not the result of random, individual acts of misconduct, but rather is deeply rooted in structural relationships of inequality between women and men in our society. The deeply rooted patriarchal values and norms and the prevailing social attitude that violence against women is a private domestic issue is a huge impediment in curtailing the ugly practice. It is often at the hands of male relatives that a woman undergoes violence. According to the Ansar Burney Trust, in the vast majority of cases where women lost their lives as a result of violence at home, it was their husbands and in-laws who were to blame; while at other times it was the victims’ brothers and fathers.

Our distorted representation of religion further adds fuel to the fire. Seldom does the civil law and the shariah law concede on a unified law of protection. This brings bad news for the already deprived victims of violence and leaves the room open for useless debate on the rights and the wrongs while the majority continues to suffer.

Violence therefore continues to be an inescapable reality of women’s lives in the land of pure, where the social customs and attitudes that support violence against them are entrenched and institutionalized at all levels – home, family, community, society, and the State.

Breaking the silence on this violence is not an easy, or even a real option for most women, where to do so threatens their lives. The pervasive culture of gender-based violence has therefore eroded women’s fundamental rights to life, health, security, bodily integrity, political participation, food, work, and shelter. It also explains the uniformly poor gender-related development indices in crucial sectors like health, nutrition, education, political participation, and employment, not to mention the agony of weak mental health which also hinders in raising a healthy generation of children, who often go neglected in such scenarios or learn the very submissiveness or authority over the crime.

So where are we headed?

On the legal front, the Domestic Violence (Prevention and Protection) Bill which was unanimously passed by the National Assembly in 2009 died an unsung death even before it could become a law. On the other hand, Pakistan has been elected as member of the executive board of the newly created United Nations Entity for Gender Equality and Empowerment of Women (UN Women).

However, mere presence of legislation is not the solution to the problem. Drawing violence against women out of the private domain into public attention and the arena of State accountability is a formidable task. We, as a society need to challenge and change existing social and individual attitudes that accept violence against women as normal. There is also a need to mobilize all sections of the family, community, and society to act to prevent violence against women; to build popular pressure on the State to formulate and implement gender-equitable policies and to bring together diverse local, national, regional, and international efforts working towards ending violence against women.

For those of us who are ready to stop playing hide and seek and instead slash the empire of misrepresented notions on the falsehood of distorted definitions, there is an urgent need to address the problem. There is a need to let go of our silence because understanding comes with acceptance.