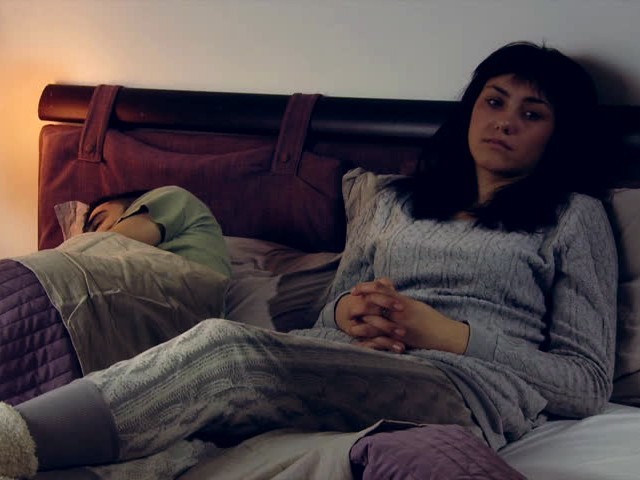 She couldn’t fix anything. Hopelessness pushes you to the limits you never knew you had. PHOTO: SHUTTERSTOCK

“So what? What difference does it make if I didn’t tell you about this business trip? It’s only been two weeks since I have known myself!” he exclaimed, taking off his blazer and throwing it on the bed.

“You have known for two weeks? Two weeks we have been living under the same roof? And in this entire time you didn’t think it was important for your wife to know you may be leaving for New York?” she questioned him, expecting a rational answer.

“I am tired, and stressed at work, maybe it slipped my mind. Why are you overthinking about it anyways?” he exclaimed, trying to defend his actions, while he took off his shoes sitting at the corner of the bed with his back now towards her.

She was sitting with her legs crossed with a pillow in her lap. She looked at him almost in amazement, or maybe even remorse.

He turned and watched her as she desperately tried to conceal her anger while ripping shreds of thread from the pillow she held. She focused all her energy on the pillow, she forcefully ripped a thread that was out of place, but then another followed, and another, and so she continued to pinch hard at the thread, trying to restore an even finished look for the cushion. She failed; she failed miserably like we all do. We think we are repairing the damage and end up causing even more. Truth is, restoration is a lie that never loses its reputation to veracity; it is the biggest human façade created as an idea by the human race.

“Oh so now you choose to be quiet,” he shouted at her, almost mockingly questioning why she had started the argument in the first place.

“It’s your birthday next week and…” she started.

“Oh so now you’re going to use my birthday as an excuse. It’s just a birthday, we can always go for a dinner when I come back. It’s not the end of the world,” he interrupted her while unbuttoning his shirt.

“But you promised; you always celebrate with me. It’s always been like that for the past five years. You promised!”

“It’s just a stupid promise I made. Are you going to hold me accountable for it all my life now? I mean let’s blame it on the young romantic I was. We’re grownups now for god’s sake!” he exclaimed, while opening his closet to find his pyjamas.

“You’re right. We are not young anymore; we are not even us anymore. We have forgotten what it felt like to be in love, to find it in us to make space for the things that mattered.”

“See there you go all overthinking again,” he exclaimed while banging the closet shut.

She could feel the tears mounting their way up. She didn’t want to cry.

He went into the bathroom to change and as soon as he closed the door, her composure collapsed. Tears started rolling down her eyes. She wanted to shout, she wanted to rip herself open and just let the vacuum out. Alas, she knew what would follow. He would judge her for being too dramatic.

As she heard the bathroom knob turn, she wiped her face and gulped thinking when was the last time they had talked.

“When was the last time we talked?” before she knew it, she was thinking aloud.

He heard her slow murmuring and answered defensively.

“We are talking right now.”

“No! We are fighting, we are not talking. We are fighting!” she exclaimed at the top of her lungs, while throwing the pillow away, realising that she couldn’t fix it.

No, she couldn’t fix anything. Hopelessness pushes you to the limits you never knew you had.

He looked at the pillow on the floor and then at her, almost in amazement. He advanced towards the pillow and picked it up.

“I think we should call it a night and sleep on it. Have some water,” he told her, putting the pillow on the bed.

“Right. Let’s do that,” she replied having lost all the will and energy to continue further.

She turned her bed side lamp off and just lay on her side looking towards the window. Her back at him, she clasped her hands together and brought them near to her chest. She was just lying there, like a fetus in a mother’s womb. Human’s derive a sense of security from that position, after all a mother’s womb is the most peaceful and protected place. She put her hand on her stomach now. Wanting to hold on. Hold on and protect something.

After a long silence, he turned off his bedside lamp and dozed off to sleep too. She hadn’t slept. She was wide awake in the dark, still staring into the distance. She spent another hour, maybe even two like that. Suddenly, she got up and moved towards the window. She kept on staring out the glass window with her arms folded on her chest and her right hand on her left shoulder. She wanted to tell herself that it was going to be okay. However, she realised that she failed miserably, like we all do; reassurance, she thought, is a companion’s job. We seek validation and belief from others in order to have faith that things do get better.

It was still dark when he opened his eyes. He turned to face his wife but she wasn’t there and then he saw her standing by the window. He got out of the bed covers, put on his slippers, and making no sound moved towards her. He stretched his arm and put his hand on her shoulder. His touch broke her down and she quickly turned on her feet to hug him. She put her arms around his neck as tight as she could. She now stood on her toes as he was much taller than she was.

He put his arms around her waist. It was almost an involuntary action. She started sobbing with tears rolling down her cheeks onto his shoulders. He tried to break apart to face her but she wouldn’t let go. So he stood there, just holding her.

He put his hand on her head, almost patting it, to calm her down, but truth was he was out of practice. It had been a long time since he had touched his wife so compassionately. Even when they were in bed, it was more of a practice or a checked off thing on their to-do list. It had been a while since he had tried to understand her. It had been very long, something he realised in that moment.

She could feel his uneasiness with being out of practice, not being in control. Truth was, she knew him better than he himself did and hopelessness and incapability were not traits he was easy around.

So she loosened her grip around him and put her head on his chest.

“I am pregnant,” she altered with calmness.

She caught his pulse with the words she altered. He hurriedly took her face into his hands.

“Yes,” she replied, putting her head on his chest again.

He took her face into his hands and kissed her forehead, wiping her tears away. In that moment, he realised, he realised this was the woman he had chosen to live his life with. She deserved to be the centre of his world because he was hers. Alas, sometimes we forget that all that matters is people, people we love, in fact people who love us. In that moment, he fell in love with her all over again, realising how lucky he was to have gotten the chance to. These were the things they had hoped for together, then how did he push her so further away that she couldn’t see he still wanted them as much as he did when he first met her.

He kissed her head again with all the compassion he had. He was sorry.

“I…” he started with all the courage he could gather.

This wasn’t easy for him.

She knew it was never easy for him to say these things out loud, but she knew. She always knew.

A smile spread across his face as a tear rolled down his eye.

“I love you,” he whispered, gripping her tight, forcing every inch of his body into hers, never wanting to let go.

The author is a young aspiring writer and poet from Islamabad. A Data Science Consultant by day and writer by night, she has managed to gather a loyal following for her inspiring and heart touching work on the realities of our lives. Her mantra; Every tale is not a fairy tale, Yet It must be told. Her instagram is @words.from.roo (www.instagram.com/words.from.roo/?hl=en)

He was a work of perfection and so was his marriage