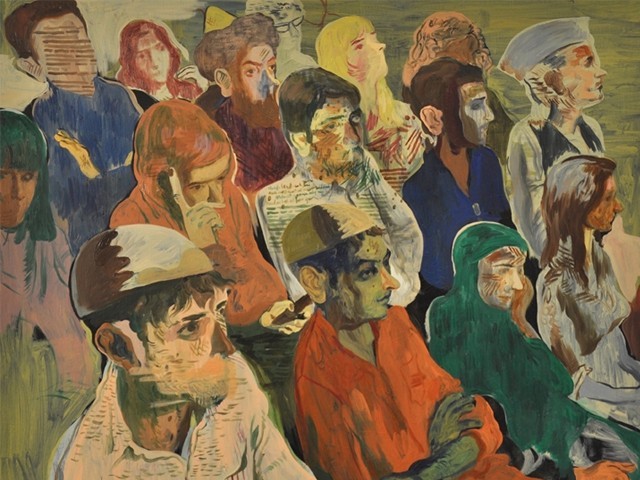 Pakistan has once again made headlines in New York City, but this time it’s for a good reason. Go Figureis a group show of young aspiring artists from Pakistan, showcased at Aicon Art Gallery in the East Village area of the city. The prospect of meeting Pakistani artists and art lovers in the city kept me excited for days before the inauguration. The show was exceptionally well curated, displaying highly imaginative illustrative, graphic and sensual work. 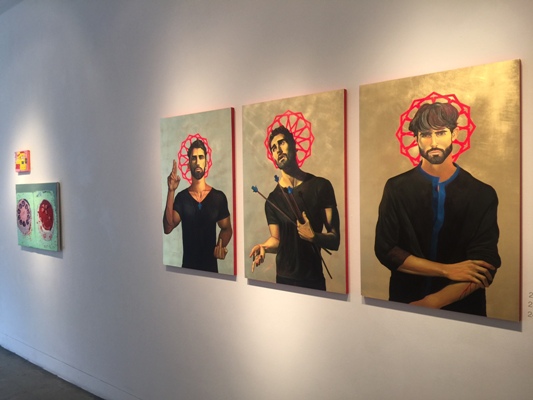 On the opening night of art shows in New York, art-loving crowds wander from gallery to gallery to admire all the new work that is up on display. The reception for Go Figure was very warm and welcoming. In my opinion, this particular group show was the most impressive show that is currently being exhibited. It got incredible reviews from viewers and art critics alike who were present at the opening reception.

Salman Toor, an artist himself, did an incredible job and curated the show remarkably. He picked a very inspiring theme for the show: figures from modern Muslim culture. To do justice to the theme, he had selected the most apt artists (Komail Aijazuddin, Irfan Hasan, Saba Khan, Saad Qureshi, and Hiba Schahbaz) whose work boldly expresses the diversity of life within Islamic culture. He, too, exhibited his own work along with the aforementioned artists.

All the participating artists were either trained, reside or frequently exhibit in the west. Their pictures range from imagined portraits, female empowerment, quotations from western art history, queerness and kitsch all of which was created to provoke an emotional response from viewers. 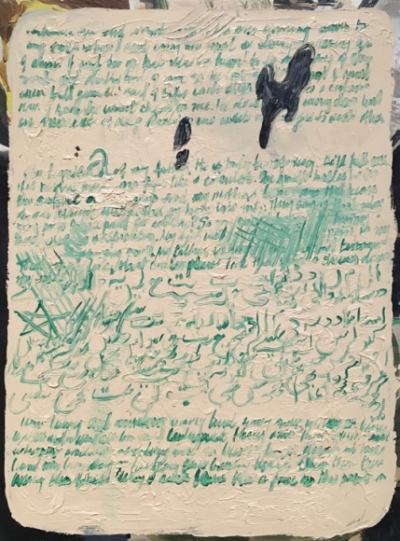 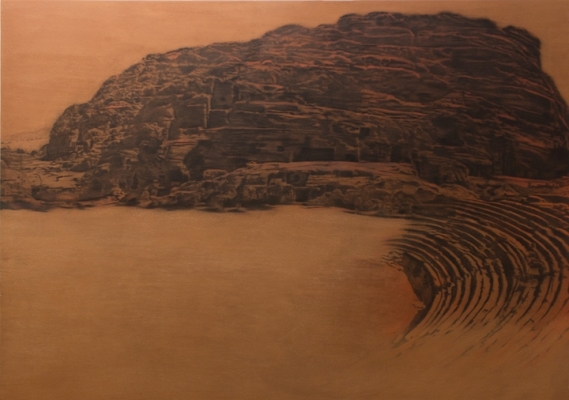 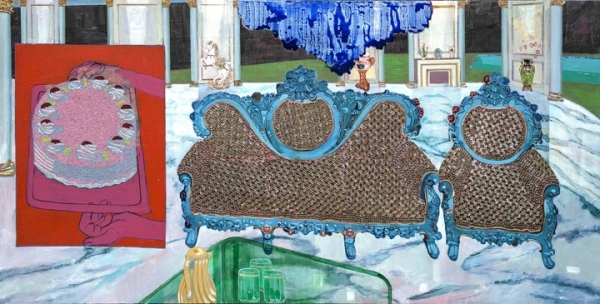 Irfan Hasan continues his series of paintings with After. His subjects are figures from the work of western renaissance and neo-classical artists. He pays homage to these masters by giving a personal, highly imaginative interpretation of their work but at the same time showing the influence of miniature painting in his background. For this show he painted the head of a Moroccan man, originally painted by Joseph Tapiro. 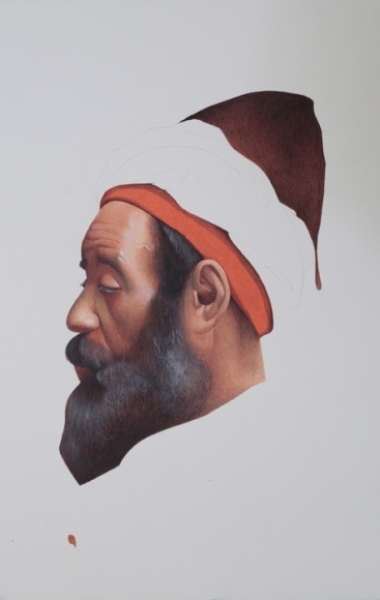 Hiba Schahbaz, who studied at the National College of Arts and Pratt Institute, presented sensual portraits of women, challenging the perceived ideas of the role and image of Muslim women.

Hiba Schahbaz, ‘Self-Portrait after The Grande Odalisque’, 2016. Tea and watercolor on paper. 22.5 x 31.5 in.
Photo: www.aicongallery.com

The strength of the show came from the manner in which these contrasting ideas were being held together with the common thread of figures.

Gradually, Pakistani art and culture is becoming more widely recognised in the United States and around the world.

Artists like Imran Qureshi, Rashid Rana and Shahzia Sikander are part of many shows in the west but recently I have seen work of many other artists such as Saira Waseem, Ambreen Butt and Ahsan Jamal in major museums in the United States.

Recently, there was a group show of Pakistani artists in the United Nations to promote a positive image of Pakistan. In June, Pakistani artist Ghulam Mohammad won the international Jameel Prize given by the Victoria and Albert Museum. 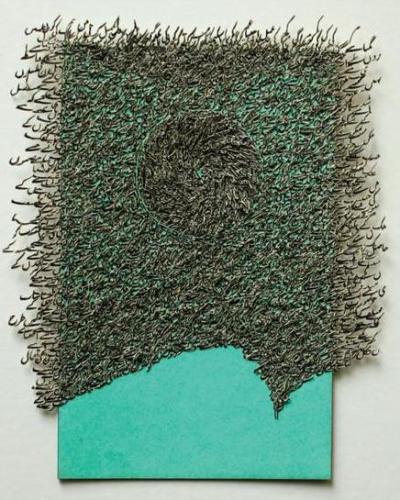 Over the years Pakistani art has become a frequent presence at major art fairs across the world. The unrest and sometimes chaos in Pakistan has given a fertile space to create art with statements of peace and resistance to reactionary forces. Often, Pakistani artists have taken bold risks in creating works of art that serve as controversial in content. It is this movement which has made an impression globally. 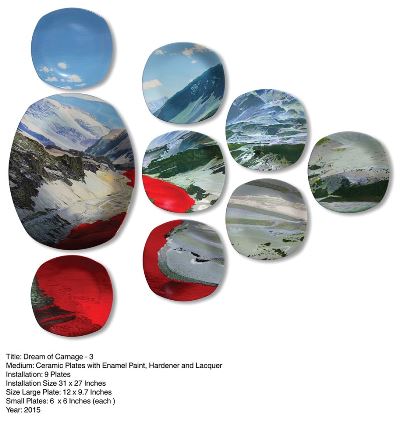 These artists are doing a fabulous job in representing Pakistan in art map of the world. At home, particularly when it comes to men, people are discouraged from pursuing a career in the arts as it isn’t seen as a dependable. It is a competitive field to get into where everyone is trying to make their mark, along with the fact that the resources available to Pakistanis when it comes to art are scarce. But finally, the west is acknowledging these emerging and talented artists from Pakistan who are installing a different narrative when it comes to their country; one that is soft, one that screams of the abundance of sheer, undiscovered talent – one that bridges the gap between the two cultures and gives them a reason to celebrate something together.

Back home, there is a need to establish more art schools, galleries and museums in Pakistan to promote, and provide more importance to the arts as a medium of communication, and a voice that has now begun to resound universally. Talent must always be nurtured and when these people stride across countries to pictorially voice their opinions and share their talent, they challenge all the labels and narratives that they have been slammed with.

Art is an instrument to teach tolerance for diversity as well as a challenge the bigoted developments in society. Pakistan, in its current social and political crisis, needs it now more than ever before.