‘How could you serve breakfast to a Hindu?’ 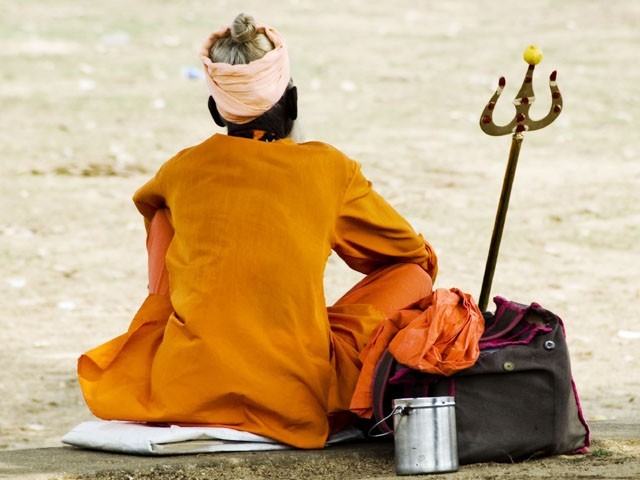 Every citizen of Pakistan needs to step in and stop the alienation of the religious minorities taking place.

Early one morning, a few days ago, I left my hometown Umerkot for Mirpurkhas with some friends. On the way we stopped for breakfast at a roadside cafe. What followed was an incident that left me shaken, although it involved no violence.

While we were eating, a man with a long beard approached the café owner. We could clearly hear the conversation. He was telling the owner off for having served breakfast to us:

(So, you serve breakfast to Hindus too?)

(A man’s religion is not written on his forehead)

The bearded man retorted that if the café owner paid more attention to religion than making money, he would be able to identify who was a Muslim and who was not. He then went on to castigate the man further, accusing him of defiling himself and Islam for the sake of a few paltry rupees.

The café owner was right.

Our religion was not written on our foreheads. Perhaps the bearded man guessed our faith because we were talking loudly, using each other’s names. I have lived all my life in Pakistan, and have never encountered such bigotry before. This was the first time my friends and I had such an experience.

Some of my colleagues suggest that this attitude is an indirect reaction to the discrimination faced by Muslims in India, which I find to be a rather unconvincing argument. One cannot compare Pakistan’s religious minorities with those in India. We, the minorities in Pakistan, hardly constitute five per cent of the total population, that is, less than 10 million people. Indian Muslims alone account for around 15 per cent of the population, which means that they number around 200 million – more than the entire population of Pakistan.

Referring to hate speech, the National Commission for Justice and Peace Pakistan, in a report on “The situation of religious minorities in Pakistan,” commented on the deteriorating educational policy. It noted that the syllabus is not based on democratic values, and the behaviour of teachers is often discriminatory towards non-Muslim students.

It adds that popular television shows like Mohammed Bin Qasim, Shaheen, and Tipu Sultan misrepresent historical events to the disadvantage of non-Muslim minorities.

Criminal elements take advantage of the breakdown of law and order and the mindset of religious intolerance by forcibly converting Hindu and Christian girls, and kidnapping Hindu businessmen in the interior Sindh. Because no one is ever punished for these crimes, such illegal activities, as well as the mindset behind them, continues unchecked. The targeting of vulnerable communities by extremist elements is not new in Pakistan. The situation becomes worse with the deterioration of law and order and the rise of religious extremism.

The legacy of the military dictator General Ziaul Haq lives on in the laws he imposed. The one with the gravest social and psychological implications for minorities is the blasphemy law.

– injuring or defiling places of worship;

– deliberate and malicious acts intended to outrage religious feelings by insulting its religion or religious beliefs.

These laws are being misused quite blatantly, and many innocent people, Muslims and non-Muslims have been murdered after false allegations.

Today, after 64 years of independence, it is distressing to see that his vision of Pakistan, where all ethnic and religious groups would coexist peacefully, and strive to develop Pakistan, lies shattered.

Every citizen of Pakistan needs to step in and stop the alienation of the religious minorities taking place. The government needs to address the situation at a policy level and take steps to ensure the rights of minorities, and stop hate speech and exploitation under the garb of religion.

There must be a combined effort to bring the minorities back into mainstream Pakistani society, address our apprehensions and treat us as equal citizens. This will form an exemplary social structure, for the whole world, and fulfil the Quaid’s dream of a prosperous and peaceful Pakistan.

A writer and a social worker currently working for an NGO on issues related to human rights, education and gender.