The sporting world has been rocked by several scandals of late, with controversies such as doping and match-fixing in various fields making headlines around the globe. One of the most appalling episodes, however, which shocked fans of American football, came to the fore in 2011 when news broke of the Penn State child sex abuse scandal.

Former defensive coordinator, Jerry Sandusky, was indicted for child molestation spanning over a period of a decade-and-a-half, whereas long-time head coach of the team, Joe Paterno, was accused of being involved in the alleged cover-up of the crimes. The latter is now the subject of HBO’s upcoming television movie, aptly titled, Paterno. 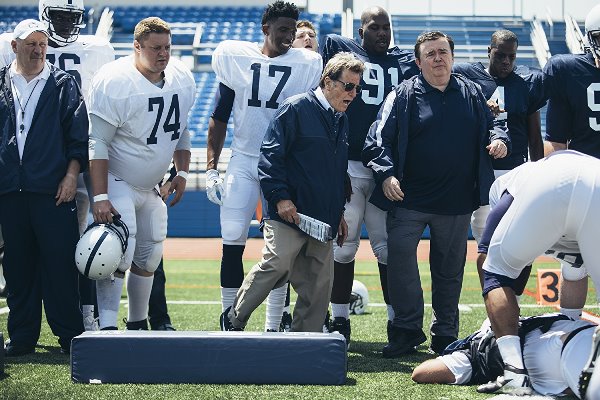 Helmed by director Barry Levinson, the film is set to chronicle the downfall of the most victorious coach in American college football’s history, as the magnitude of the revelations and their implications lead to the end of his career.

Al Pacino portrays the disgraced Paterno, struggling in the aftermath of his fall from grace as the question of whether he knew about the abuse looms large, and from the looks of the trailer, the thespian will be terrific in his portrayal of the character.

The veteran actor is no stranger to the task of playing controversial characters, having previously portrayed infamous figures like the euthanasia proponent Jack Kevorkian in You Don’t Know Jack (2010), and record producer Phil Spector – who was convicted for the murder of actress Lana Clarkson – in Phil Spector (2013). Given his impressive résumé, Pacino seems like a solid choice for the lead role in a film which he will have to carry largely on his talented shoulders, and the clips we see of him in the preview promise another strong performance by the celebrated actor. 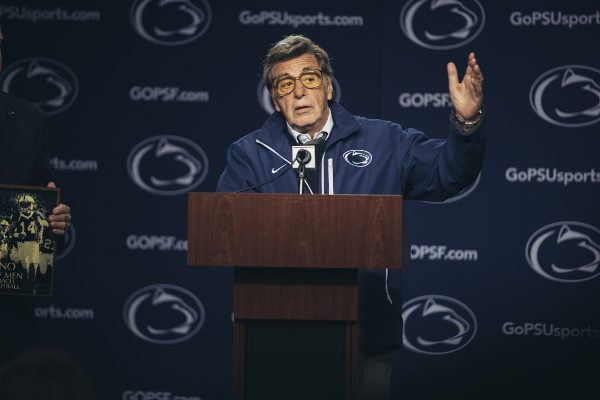 The trailer also shows actress Riley Keough as Sara Ganim, the reporter investigating the story and one who ultimately won a Pulitzer Prize for her coverage of the scandal. We also get a glimpse of Kathy Baker as Sue Paterno, the protagonist’s wife. In the trailer’s most impactful scene, she mentions to her husband that Sandusky went in the pool with their kids before asking, 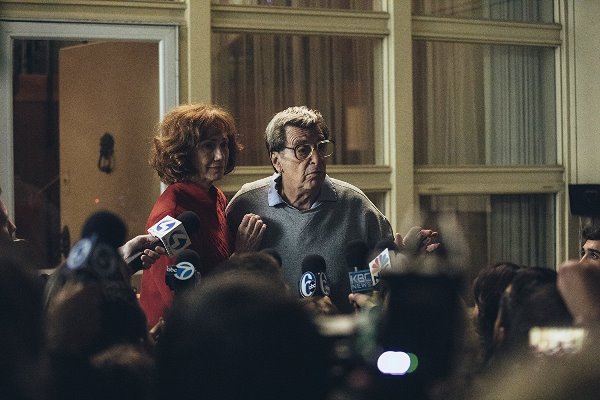 Both the cast and the effectiveness of the trailer in capturing our interest, indicate that Paterno could be an intense and impressive project, although it remains to be seen how well the movie will handle the sensitive issue at its core, especially given the conversation propelled by the #MeToo and #TimesUp movements, and the recent Larry Nassar case.