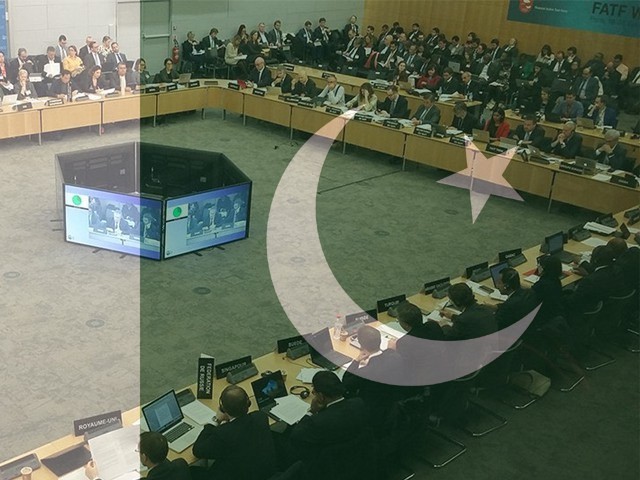 After much anticipation, speculation and confusion, we now know that the Financial Action Task Force (FATF) has put Pakistan on a terrorism financing watchlist.

Admittedly, the FATF’s deliberations are opaque and its procedures byzantine. But this much is true – Pakistan is on its way to the watchlist. Pakistani financial journalist Khurram Husain, who understands FATF well, put it to me this way: FATF has passed a motion to grey list Pakistan. The motion identifies deficiencies in Pakistani efforts to combat terrorist financing.

“As per FATF procedures,” he said, “an action plan will be developed by Pakistan and FATF to address the deficiencies identified in the motion.”

That plan will be presented at FATF’s next meeting in June. If approved, it will be implemented – and Pakistan’s designation as a grey-listed country will kick in.

“There is nothing Pakistan can do between now and then to prevent the grey listing,” Husain told me. “But it is possible to take early steps to ensure that the period of being grey-listed is short.”

For Pakistan, there is bad and good news.

Now that it’s headed to the grey list, it faces real economic risks. Make no mistake; inclusion on the watchlist is no mere symbolic gesture. Key economic players – potential foreign investors, banks operating in Pakistan – may think twice about engaging with a nation deemed to not be doing enough to crack down on terrorist financing.

Pakistani officials are downplaying the economic risks, noting that when Pakistan was on the list previously between 2012 and 2015, it still obtained loans from international financial institutions, increased remittances and boosted foreign reserves. Economic data generally supports these assertions, though Pakistan did suffer considerable reductions in reserves in 2014. More broadly, according to the World Bank data, Pakistan’s GDP growth actually rose from 3.6% in 2011 to 4% in 2014.

However, this time may be different. Pakistan’s economy is growing increasingly vulnerable. Last month, the credit ratings agency Fitch downgraded its outlook on Pakistan’s long-term foreign and local currency issuer default ratings from stable to negative, citing declining foreign reserves and a widening fiscal deficit. Chinese loans associated with the China-Pakistan Economic Corridor (CPEC) are pouring into Pakistan, contributing to an increasing Pakistani debt burden. Investors and banks, already concerned about troubling Pakistani economic developments, will have all the more reason to be spooked about Pakistan being grey-listed.

Another problematic implication for Pakistan is that it was victimised by multilateral decision-making. FATF’s motion was not a unilateral American pressure tactic; it was a consensus decision cosponsored by several European powers and not opposed by Pakistan’s close friends, China and Saudi Arabia.

For all the speculation in recent months that Washington may use coercive means to compel changes in Pakistani behavior, the FATF move may signify a very different type of precedent : Like-minded nations working together to sanction Pakistan in global forums. The next step could be Washington working with other donors to convince the World Bank and IMF to curtail, or place more conditions on, future loans to Pakistan – a potentially damaging move as Pakistan confronts an ever-rising debt burden due to Chinese loans.

And yet there’s a silver lining for Pakistan. Getting grey-listed is much less serious, particularly on reputational levels, than getting black-listed. And if Pakistan convinces FATF that it’s effectively addressing the task force’s concerns, it could conceivably come off the list in relatively short order.

What remains unclear, however, is how much Pakistan is willing to do – and what it will take to convince FATF that it should be de-listed.

Pakistan will take some measures against terrorist-linked charities in an effort to comply with FATF’s concerns. But it may be cautious. With an election campaign heating up, Pakistan won’t want to appear to be caving in to US-sponsored demands – and particularly demands that involve crackdowns on institutions that command considerable support in Pakistan. These are charities, after all.

Meanwhile, FATF won’t necessarily be a pushover, particularly with Washington taking an overall harder line on Pakistan. America may seek to convince fellow members not to accept token, reversible gestures as indications that Pakistan’s deficiencies are being addressed. Here, the focus of FATF’s concerns – financing for anti-India groups like Lashkar-e-Taiba (LeT) – is significant. This is not a simple case, as insisted by some Pakistanis, of Washington doing India’s bidding. The US government – including senior current South Asia officials – has long stewed about Pakistan’s refusal to crack down robustly on LeT. Washington blames LeT for the 2008 Mumbai attacks, which included six American victims.

The takeaway? Pakistan may have dodged a bigger bullet, but it’s far from being out of the woods.