Who is atop the chain of command? 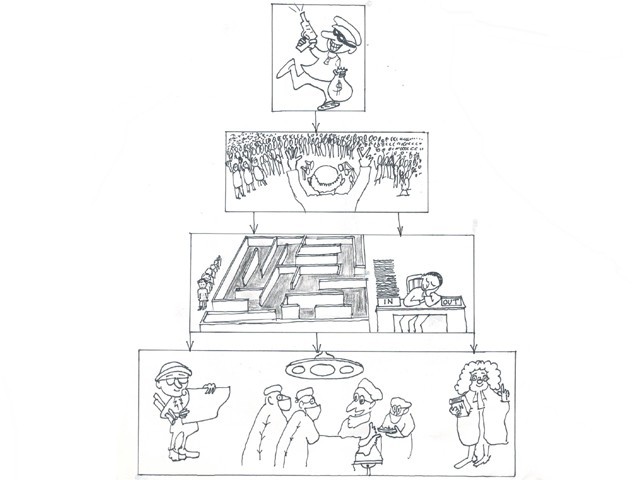 To eventually become the heady bureaucrats, Who catch all the smart professionals like gnats. PHOTO: SAAD MALLIK

There wasn’t any challenge they could not surpass,

The best of the breed, at the top of their class,

Who knew the importance of hard, honest toil;

They went on to excel as professionals, engineers,

Doctors and lawyers with promising careers.

While those who were ordinary, average at best,

Graduated and did well in the civil service test,

To eventually become the heady bureaucrats,

In a web of paper work to drive them insane,

And control their existence with utmost disdain.

The clique of students who in the same class,

Turned into our leaders, ministers, assemblymen,

Who know that networking is mightier than a pen.

They are so powerful, even their kids and wives,

And the one at the bottom of the class in school,

Who failed every test and defied every rule,

Engaging in extortion, kidnappings and drugs.

He controls our leaders as puppets in his hand,

Since he is at the top of the chain of command!