CSS: When we allow cheats to be Civil Servants 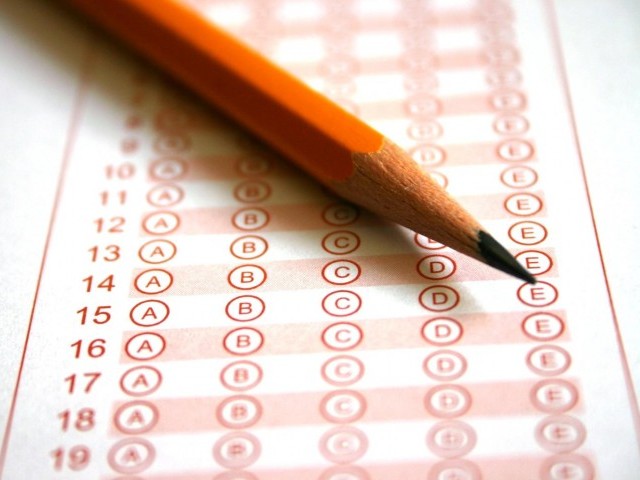 The CSS is a highly competitive exam that decides the bureaucracy of this country and makes up factions of those who become strategists and ambassadors of this nation.

In 2012, there were a total of 10,066 candidates who appeared for the Central Superior Services (CSS) written exam. Only 800 of these candidates managed to pass the test; in other words, just 7.95 % of the students who wrote the exam were successful.

These stats clearly show that passing the CSS is no piece of cake.

Thus, when the news broke that some of the students of Faisalabad center were given open access to sealed answer booklets and were helped by the GPO staff members, many were rightly appalled. It was discovered that the papers had been tampered with and some students had unfair advantage over others.

However, amidst the entire furore and vociferous demands of investigation, The Federal Public Service Commission (FPSC) has taken us by surprise by announcing that they will  re-examine the candidates of Faisalabad.

Why should cheats be given a second chance? Why shouldn’t honest candidates be offered the same?

If re-examinations were to be held, they should be held across Pakistan otherwise it is unfair to those who get the golden opportunity to prepare for and re-take an exam they are already familiar with.

People are livid primarily because they had faith in the transparency, impartiality and exactitude of this examination.

What everyone expected here was the immediate detention of the culprits, banishment of the tricksters and a lesson so explicit that it could have served as a warning for the rest of the deviants.

The CSS is an exasperating journey; it is said to be an exam of nerves, and rightly so, as the aspirants are made to take two exams in a single day! The mental and physical strain far surpasses that of any other exam, and only if a candidate is able to curb and control this anxiety, he/she will go to the next step of the ladder.

The second test is that of patience. Once a contender has written the exam, he/she is forced to forget about the results. The exams are usually conducted in the month of February or March, but the announcement of result takes up to 6-8 months and till then the aspirants keep on playing the game of probabilities and chances.

The next test that follows involves an even higher degree of trepidation; it is the declaration of the written result when the proud and triumphant candidates are given an interview call but they never get to know their score in the written part, so they stay engaged in a blind match where they are usually shocked with their cumulative score, that too at the end of about a year and a half of waiting.

Most of them are left with no way but to start from scratch.

It is a highly competitive examination that decides the bureaucracy of this country and makes up factions of those who become strategists and ambassadors of this nation.

Do we really want cheats to be on this list?

I urge the FPSC to ponder upon its decision and take stricter action.

A pro-modernization but anti-westernization educationist whose sole aim is to enlighten minds. Currently working as a corporate relations officer. She is also a CSS aspirant, a coffee addict and a bibliophilic.