Will red cards in cricket prove to be useful? 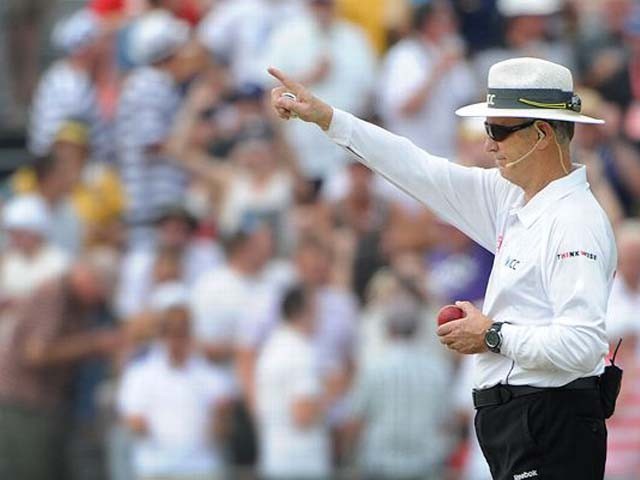 How to give the finger: decisive, but not with too much relish PHOTO: GETTY

Over a period of time cricket has evolved, which is natural. The game is not as simple as it once was due to the constantly changing dynamics that continue to have a significant impact on how the sport is played.

In order to stay in line with the progress on the field, it is appropriate to amend the laws in order to keep up with modern-day cricket. Thus the International Cricket Council (ICC) has come up with a few new rules that were implemented from 28th, 2017

We are well aware of the red card rule in football, but cricket has now turned a corner by also introducing a red card in order to tackle gross misconduct (level four offences) on the field.

Although a level four breach is uncommon in professional cricket, but the rising incidents in lower tier cricket were becoming a growing cause of concern. Hopefully with the red card rule, players will refrain from acting in an objectionable manner.

Bad behaviour on the field is rare, but the 1979-80 series between West Indies and New Zealand is known for this reason. The antics pulled off by Michael Holding and Colin Croft are hidden from none. Holding kicked the stumps out of the ground after disagreeing with the umpire’s decision while a frustrated Croft deliberately barged into umpire Fred Goodall during his bowling run-up. The duo would have surely received a red card had the law existed then. 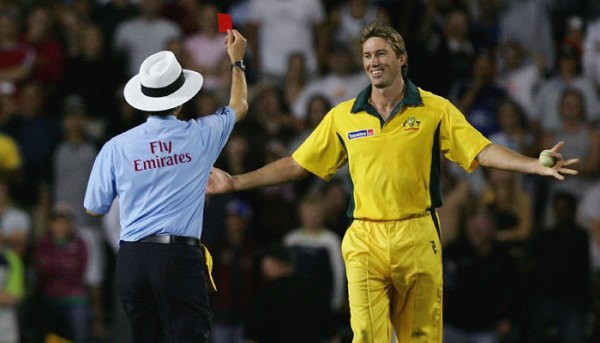 Modern-day cricket clearly has an edge due to shorter boundaries and massive pieces of willow in the hands of batsmen. One such measure to curb the batsman’s influence and restore parity between the bat and ball is taken through the new ICC regulations, which states that the edge of the bat can no longer be thicker than 40 millimetres while the overall thickness is limited to 67 millimetres.

Chris Gayle, MS Dhoni, David Warner, Kieron Pollard and numerous others use bats with edges which are easily in excess of the 40 millimetre limit. The result of that, as seen often, is that they wreak havoc with the bat at the expense of bowlers, especially in the limited overs format. Although, since they’re extremely powerful individuals, they will be able to command authority even with reduced bat edges.

Unfortunately, for the moderate hitters, this rule won’t pan out so well since it will not be easy to clear the fence. 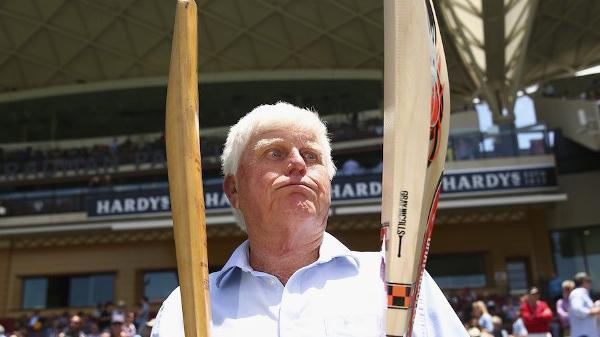 Barry Richards holds the bat with which he made 325 in a day at the WACA in 1970 in his right hand, and David Warner’s modern-day weapon in his left. Photo: espn

This is yet another rule which makes quite a lot of sense. I personally felt it was unfair to the batsman if he was given a run out after having grounded his bat inside the crease. It’s natural to lose balance, especially when a batsman dives into the crease, as it can lead to the bat being suspended in the air at the time the stumps are uprooted. Due to the amendment in the laws, the batsman will now have more leverage, while also saving time in making the decision.

Indian batsman Rohit Sharma was declared run out in the ICC Champions Trophy’s match against Pakistan. Sharma, batting on 91, made his way back to the pavilion after he failed to ground his bat at the time when Sarfraz Ahmed dislodged the stumps. If this rule was being followed at that time, he would not have been given a run out. 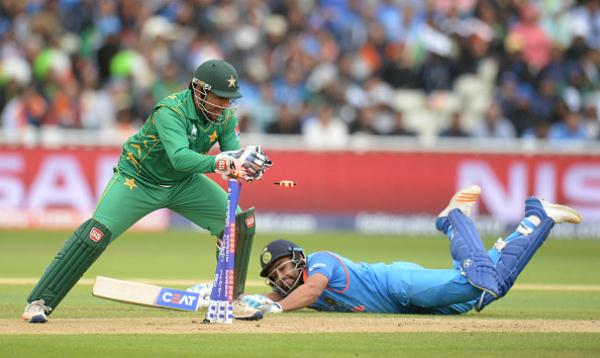 Sarfraz Ahmed of Pakistan removes the bails to run out Rohit Sharma of India during the ICC Champions Trophy match between India and Pakistan at Edgbaston on June 4, 2017 in Birmingham, England. Photo: Getty

South African wicket keeper and batsman, Mark Boucher, was a victim of bails not tethered to the stumps. In 2012, during South Africa’s tour of England, a bail struck Boucher in the eye which resulted in him losing his lens, iris and pupil, which led to his premature retirement.

The amended ICC rules now provide more safety to wicket-keepers as the bails would be tethered to the stumps without impacting its ability to dislodge. But it would be entirely up to the discretion of the home board to implement this in the series.

Umpires can now penalise teams for unfair play on the field. For instance, if the fielding side resorts to distracting the striker or a bowler deliberately bowls a no-ball, the umpires can hand out a penalty of five runs while also reserving the right to stop the bowler from bowling.

A huge no ball — perhaps the biggest in international cricket since the advent of the front-foot rule — is bowled by Amir on the first ball of his third over. PHOTO: AFP

Sri Lankan off-spinner Suraj Randiv denied Indian opener Virender Sehwag a century after he allegedly bowled a deliberate no-ball to leave him stranded on 99. The bowler overstepped the line by almost a foot which was suspicious considering he had never bowled a no-ball before in his ODI career.

New Zealand batsman Tom Latham was ruled not out in a Test match against India in 2016 because the ball had come in contact with fielder K L Rahul’s helmet, despite the catch being clean. But with the new rules in place, the batsman won’t be able to survive if such an instance comes up again.

This was the moment the ball ricocheted off Rahim’s helmet. Photo: Getty

The new regulation stipulates that a batsman can be dismissed caught, run out or stumped even if the ball makes contact with the helmet used by fielder/wicket-keeper.

Various factions of the cricket fraternity were of the opinion that a team should not lose a review if it is the umpire’s call, as shown by the hawk-eye. It makes sense when teams lose a review when the ball completely misses the stumps, but not on the umpire’s call. Although, a slight change here means that reviews won’t be topped up after the 80 over mark. Additionally, teams in T20 will not have one unsuccessful review each. 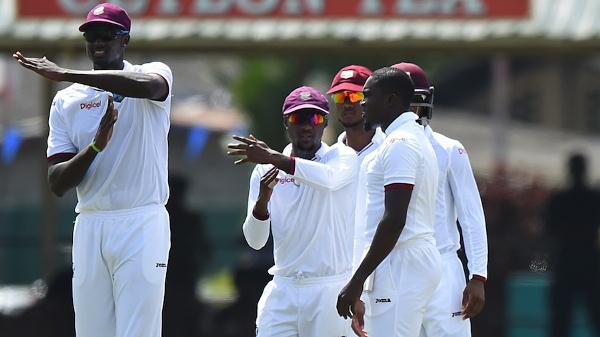 Jason Holder will again be in charge of the West Indies Test squad Photo: AFP

The more acrobatic fielders such as Glen Maxwell and Pollard will now have to be weary of the fact that they have to take off from within the boundary before making first contact with the ball, otherwise the catch won’t count.

The fielding side can now withdraw their appeal or the umpire can recall a batsman before the next delivery is bowled, even if the batsman has left the field.

The quota for bowlers in a T20 match will not be less than two overs in a match where the overs are reduced, hence providing more cover to the fielding side.

Although, people may still argue that there are still quite a few grey areas in cricketing laws, but the latest changes will most definitely have an impact in making the game fairer.