Ditch the pulao and nihari, and spruce up your Eid feast with mince capsicum, steak with Mushroom sauce and some divine creme caramel 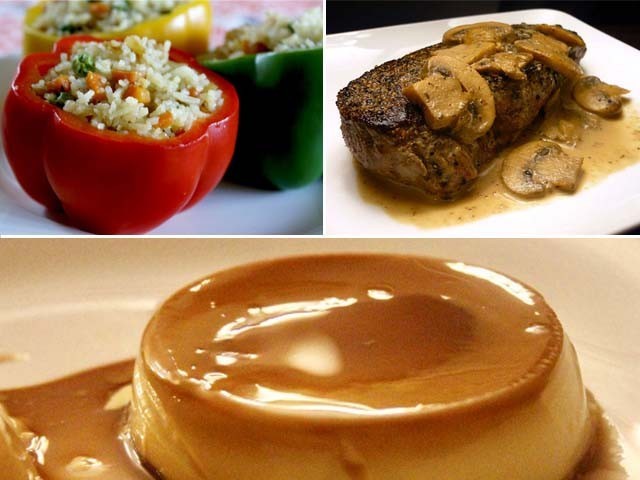 Eidul Azha is also known as the feast of sacrifice.

Eidul Azha, also known as the feast of sacrifice, is an Islamic festival commemorating the willingness of Prophet Ibrahim (pbuh) to follow Allah’s command to sacrifice his son Hazrat Ismail (AS).

Muslims around the world celebrate Eidul Azha in full fervour as it is considered one of the most important religious events on the Muslim calendar. A cow, sheep or goat is typically slaughtered during the celebrations as a symbol of Prophet Ibrahim’s (pbuh) sacrifice. Just like each year, staggering sums will be spent on sacrificial animals this time around as well.

A memory that stands clear in my head even now is from the Eidul Azha when I was just four-years-old. After the meat was sorted in little packets, my nano (maternal grandmother) took me in the car along with the packets of meat and drove to Saidpur village.

This was the first time I had been there and the huge herds of mammals aroused my curiosity. She stopped her car a little way in and went to open the boot. Not two seconds had passed before our car was surrounded by children shorter than I was, all vying to grab the little meat parcels.

After every packet had been distributed, I asked my nano who the children were and why they were fighting over these parcels. She explained that these were kids whose families could not afford to take part in sacrificial activities themselves and for many of them meat was a rarity in their households. I was deeply touched and from then onwards till today, I always accompany my nano in her meat distribution rounds.

Now, time for the recipes! As always, the Eid fiesta brings with it sublime food flavours. Here are three recipes you can all try out from the comfort of your homes. They don’t require much time or effort.

Let the Eid guests roll in!

First up is the appetiser:

This is a favourite in my house with hardly any hard work involved. The best thing about it is that you can go as innovative with it as you want. Here, I mixed the mince with leftover boiled rice but a cheese topping would go well with it too. 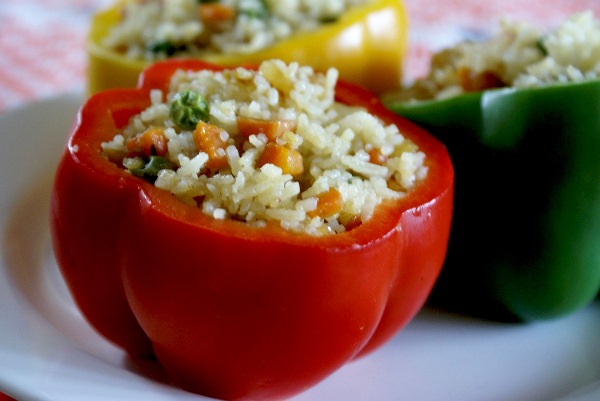 1.Heat oil in a pan. Add brown onions with all the seasonings, ¼ cup of water and chopped tomatoes. Fry well.

2.Add mince followed by ½ cup of water. Cover the pan and let it cook till the mince becomes tender.

3.Cut the capsicum from top and scoop all the seeds out. Fill the capsicum with prepared mince, cover it back with capsicum top and cook it in the same pan that was used to prepare the mince.

4.Add ¼ cup of water till the capsicum is soft and tender.

Now coming to the main course. Instead of the usual kalejis and shorbas, why not try going for something more retro this time? A change is always nice I believe. 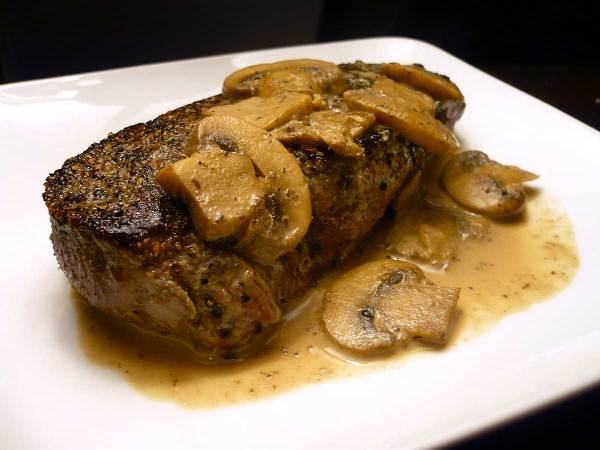 Salt and pepper – To taste

Milk – 3 cups (depending on the amount of gravy desired)

1.Mix flour, breadcrumbs, parmesan cheese and seasonings in a bowl.

2.Dip steaks into a small amount of milk and then dredge them with the flour mixture.

3.Put three to four tablespoons of olive oil in a frying pan over medium-high heat.

4.Cook steaks for five minutes on each side (cooking time depends on thickness of steak).

5.The juices from the steak might soak up the flour so before flipping them, add some more of the flour mixture, patting it down with a spatula.

6.When brown, flip over and continue to cook for another three minutes (cooking time varies according to the meat used).

7.When they are cooked well, remove the steaks and keep them warm.

1.Add a small amount of oil in the same pan and cook the mushrooms.

2.Add ¼ of the water, salt and pepper. Continue cooking.

3.Make sure you get all of the steak scraps left in the pan you are cooking the mushrooms in.

4.When most of the liquid is cooked off, sprinkle remaining flour over mushrooms and cook for one minute.

5.Add milk and cook until it thickens to your liking.

6.Now pour the sauce over the steaks and enjoy it with sides of your choice.

After a hard day of sorting through tubs of meat, a simple dessert is called for. Crème caramel is not only easy to make but the perfect dessert to finish up the day since it’s light on the stomach and suits the sweet cravings perfectly. 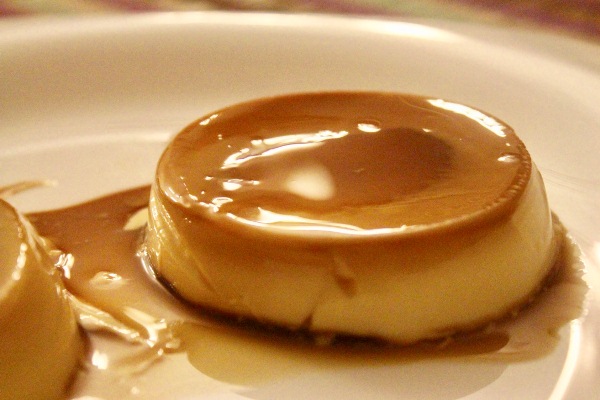 1.Melt sugar on low heat till it turns light golden, spread it in a mould and allow it to set.

1.Mix the eggs and sugar.

3.Strain mixture over the set sugar base.

4.Bake in a pre-heated oven at 180 degrees over a water bath for approximately 45 minutes.

5.Remove. Cool overnight in the fridge. 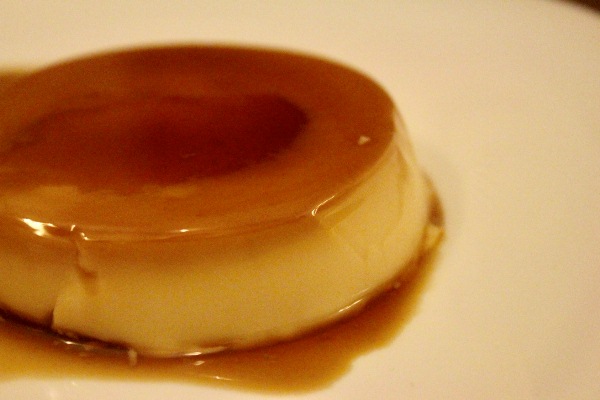