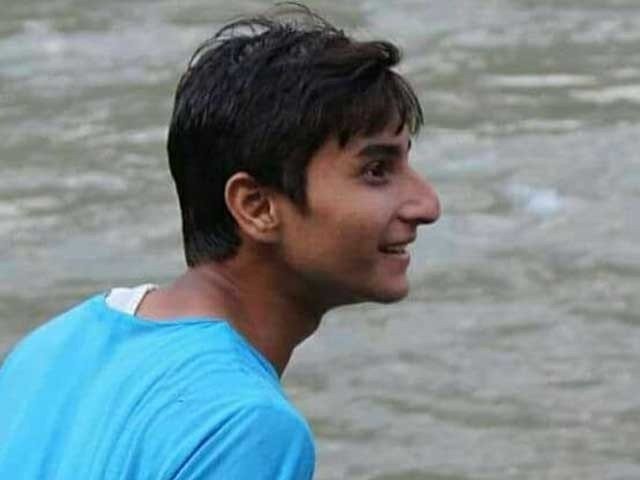 Those who convinced him to jump in the Jhelum River were his five friends, and the group had come from Gujarat for holiday. PHOTO: EXPRESS NEWS

Recently, a video has gone viral across Pakistani social media. It shows what appears to be a good-natured young man standing on the edge of a few rocks while staring naively at a stream. Here, his ‘friends’ egg him on to take a plunge and swim across the river to the other side. The problem with the challenge can be clearly seen in the boy’s eyes – the current is moving quite rapidly, with hidden dangers lying under the water, and unless he’s Superman, he’ll be in trouble.

But peer pressure is a funny thing. It can initiate anyone into an ill-advised decision in just a split second, especially in a country where young people are short on confidence and generate a lot of self-esteem from their peers.

As reality dawns on his friends, they panic. Screams can be heard on the video as those watching realise that his life is in real danger. In a panic, the person recording, and probably the same person whose voice we heard, runs ahead in hopes to save him. But it is too late.

From reports, we now know that the teenager who took on this deadly challenge is 19-year-old Ali Abrar. Those who convinced him to jump in the Jhelum River were his five friends, and the group had come from Gujarat for holiday. Earlier, they had promised him Rs15,000 as well as a cellphone as a prize for taking on the dangerous task. If he lost, he would lose his phone.

As I watched the video, I could only feel dismay. A young life needlessly lost thanks to the recklessness of youth and the selfishness of people who pretended to be Abrar’s friends. As the old adage goes, with friends like these, who needs enemies?

One can only wonder what was going through their minds when they asked him to pursue this task. Clearly, they realised it was dangerous otherwise they would have dived in themselves, if not to have a swim then to save their friend’s life. Just looking at the speed of the current, what did they expect to happen?

But this isn’t the first incident of drowning and it won’t be the last. The responsibility also lies with the government. Although this is a remote area, the authorities should still have placed warning signs to prevent foolhardy behaviour like this at a tourist destination. But let’s put Jhelum aside for a bit.

In Karachi, there are far too many lives lost each year at beaches in the Hawksebay area. It is too often that we learn about tragic incidents in which several people from the same family drown together.

Like anyone from Karachi, I’ve been to Hawksebay on multiple occasions. Although I’ve found the beaches to be filled with many visitors every time, I’ve never seen any warning signs or lifeguards on duty. The waters can be quite treacherous, and I’ve heard plenty of anecdotes of people who’ve nearly lost their lives, yet nothing is being done to make these locations more secure.

As for Abrar, I’m glad that his friends have been taken into custody by the police. For urging him into a suicidal dive for their own amusement, it’s the least they deserve.

Was Abrar responsible for his own actions? Yes, but this doesn’t absolve his friends of guilt. Clearly they had been working him over long before the video was recorded. In the end, he gave in to a moment of madness that was created by peer pressure. This wasn’t his fault alone.

Although most reactions have been sympathetic towards Abrar, I’ve been disappointed to see that a few people on Facebook have failed to show any empathy. Let’s be clear, this was a mistake, and we’ve all made our fair share of mistakes. 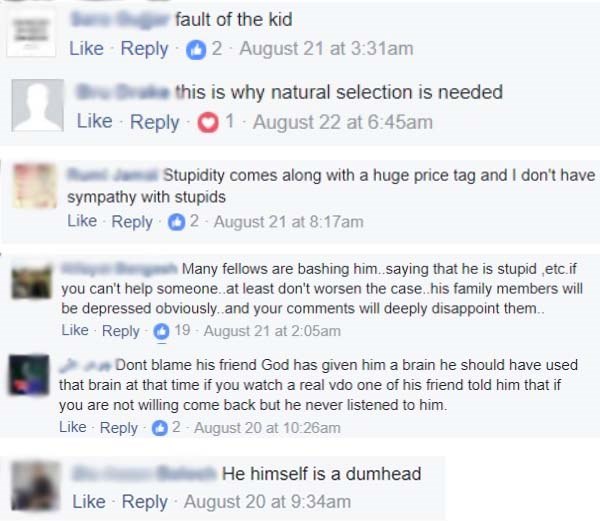 At a young age, it is easy to lose common sense when one is under pressure from his or her friends. Abrar too suffered a lapse in judgment, and has now paid the ultimate price.

Hopefully, this tale will serve as a cautionary one for young Pakistani men ready to take risks for their friends. It is evident from the fact that no one jumped in to save Abrar that ultimately, those daring their friends into taking needless risks do not have backbones. People like them ask you to put everything on the line, but are rarely there when you need them.