Are the beaches in Karachi safe? 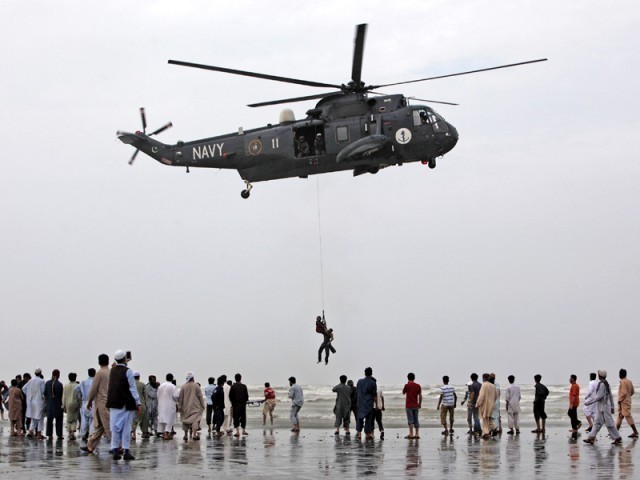 This Eid proved to be the deadliest in terms of loss of lives when news started coming in of the recovery of more than two dozen dead bodies that were washed ashore at the Clifton beach, Paradise Point and Hubco beach strips. As of now, 36 bodies have been recovered and the death toll is rising with several still missing. Till further notice, the beach has been closed for public.

The horror started on the first day of Eid when an unusually large number of people turned up at the beach and spent entire days and nights enjoying their Eid beating the heat. A large number of such picnickers belonged to other cities, who were in Karachi for work or visiting relatives.

Most of the young men who drowned were in their teens. The entire search and rescue operation is being conducted by the divers and helicopters of the Pakistan Navy.

The main reason behind these mass deaths is still unknown.

Some call it a consequence of the ongoing dredging activity being done to expand the port area while a widely established fact is the disregard shown by the public towards warning signs setup by the Cantonment Board Clifton (CBC) regarding the ban on swimming in the open sea, under Section 144 with red flags installed at prominent locations throughout the Karachi shore line. Families scuffled with the law enforcers while our men in uniform, albeit low in numbers, tried their level best to keep them away from the beaches. A couple of lifeguards who were posted by the CBC pushed their limits in carrying out the search and rescue operation with limited equipment at their disposal but to no avail.

This entire episode points towards sheer negligence by beach goers and is a lesson learnt the hard way. This has, in fact, become synonymous with the negligence shown by the general public when, in the event of an imminent danger, our people run towards it rather than from it. Be it a cyclone or an oil spill at the sea, Karachiites make it a point to rush to the danger zone in order to witness the danger ‘first hand’. Besides the ignorance of our masses, the under strength law enforcement agencies and poorly equipped rescue services failed to respond to SOS calls in a timely and efficient manner.

The water and safety aspect is getting more and more relevant with each passing day. The estimated figure of 360,000 drowning deaths annually worldwide is an alarming figure and thus, developed countries have been working towards improving their rescuing protocols.

Here are some of the standards that are followed worldwide:

Together, these measures constitute a drowning prevention strategy to help control risk. Operators, CBC in this case, must adopt a proactive approach rather than a reactive one. No beaches are safe and each beach has its own dynamics and needs to be dealt with separately as an individual case.

There are two main types of sea currents that are caused by tides-wave action or a combination of both.

A rip current is a body of water moving out to sea and is often fast moving with a potential to drag swimmers in to the open sea and cause drowning. Such currents can be identified by the following characteristics:

A lateral current is a body of water moving parallel to the shore and is caused by either the tidal flow along the coastline or the action of waves hitting the beach at an oblique angle. In most situations, for an average swimmer, there is no danger as the current takes them along a beach rather than away from it. However, in some locations, these currents can wash into a rip current or off the end of a spit.

Internationally, a standard flagging system is adopted for beach safety purpose. A red rectangular flag depicts danger ahead (no swimming zone). Red over yellow sign shows the position of life guards on duty.

What needs to be done?

In order to prevent such accidents from happening, the government of Sindh and CBC will have to come up with a dedicated rescue service which shall have a team of trained and competent rescue personnel with a decent salary structure and perks. Services of international search and rescue consultants can be obtained in this regard in order to train our men and women on contemporary lines. General public awareness programs should be held in all local languages and on all major TV channels with maximum outreach. Rescue services should be provided in terms of speed boats and a couple of helicopters for timely rescue and relief. A proper monitoring mechanism of the provided equipment should be formulated to discourage political figures from utilising such services for their own personal objectives.

While many of these steps may seem very obvious and even rhetorical to some of you, with the recent deaths that have taken place, I have realised that common sense may not be that common after all.