An open letter to the Karachiites painting the city red 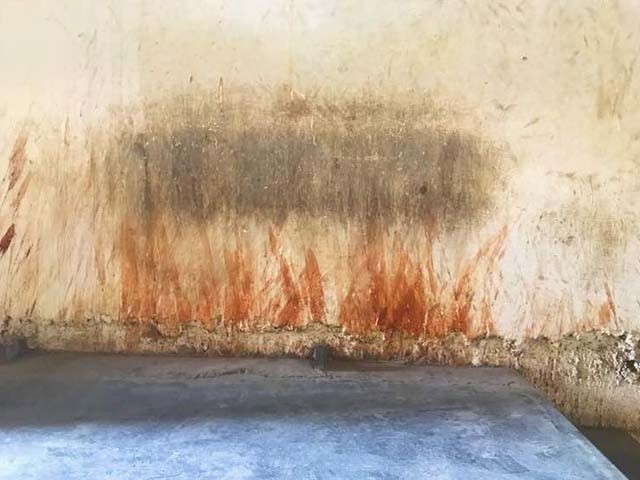 Ptooey! Did you know that’s onomatopoeia? A written sound, in other words. Or more precisely, per the Merriam-Webster dictionary:

“The naming of a thing or action by a vocal imitation of the sound associated with it (as buzz, hiss).”

Ptooey! That’s the commonest written version of the sound that is presumably made when you spit. Why presumably, you ask. Well, because the esteemed composers of the dictionary obviously did not travel to our city prior to drafting that onomatopoeia.

Why do I say that? Simple. Have you ever spat on a wall here? You don’t have to. You don’t need to. Simply look around and you will observe several fellow Karachiites spitting away as if participating in a well-orchestrated symphony. And not just on walls, but also on footpaths, roads, grounds, gardens, flowerbeds, schools, colleges, public and private spaces, and so on. The young and the old, rich and poor, all go about it as if one big happy family, transcending gender too at times.

Now did I mention hospitals? Even those haven’t been spared. The expectorating ones are particularly energetic outside the emergency room, where I work. One would think they would spare the high-stress location given they have brought loved ones there. But I suppose when the urge is upon them, the spitters do what’s got to be done, disregarding signs discouraging littering and smoking. That the signs don’t categorically forbid spitting might have something to do with it.

The only places the spitters don’t spit on are their own houses. That in itself is an interesting observation, worth delving into at some point in the not so distant future.

The spitters don’t just produce small amounts of drool that splatters on the above mentioned surfaces. They tend to generate massive amounts of saliva.

And why does that happen you ask.

I think the volume is more because of mastication – like cattle chewing the cud because of which more saliva is produced. Although like cattle the spitters masticate, they don’t do so on cud. Instead they (the spitters) chew incessantly and invariably on some combination of paan / gutka / chaalia (betel leaf or areca nut). So the spitters end up generating copious volumes of red saliva. And when the red saliva comes into contact with hard surfaces such as walls, the sound is not ptooey… it’s more like phutoosh!

Hence, I propose that the onomatopoeia for spitting in Karachi should be phutoosh! I shall request the honourable Merriam-Webster dictionary composers to create an addendum for us, the Karachiites, so we may rejoice about our significance in the world of onomatopoeias. Yes, spitting might not be very fashionable to be written about in a dictionary, but I’m sure we can live with that, among all other ailments of the mega city that we are already notorious for.

Other than fame for the newly coined written sound, there are aesthetics to Karachi’s white-washed walls and pavements now covered in red blotches (for the sidewalks, you might want to imagine them without heaps of trash first, just for a moment). We are in the creation phase of community-based abstract art. A red tapestry. Crimson patches with ill-defined margins that are reminiscent of microscopic images of amoebas engulfing bacteria. If nothing else, we shall enter into an imaginative, lateral thinking population of spitters.

Fellow citizens, I intend to share this letter with the relevant movers and shakers of the system, i.e. political and intellectual intelligentsia, so they can put the right amount of pressure on the dictionary composers. There is a possibility that a petition might be needed with thousands of signatures. When and if that happens, I shall keep you posted.

In the meantime, I shall write to you about the aesthetical yellow patterns on white walls of Karachi that have signs stating,

A (not so) concerned citizen