“If a rape victim marries her rapist, she will not have a bleak future”: Well done, Malaysia 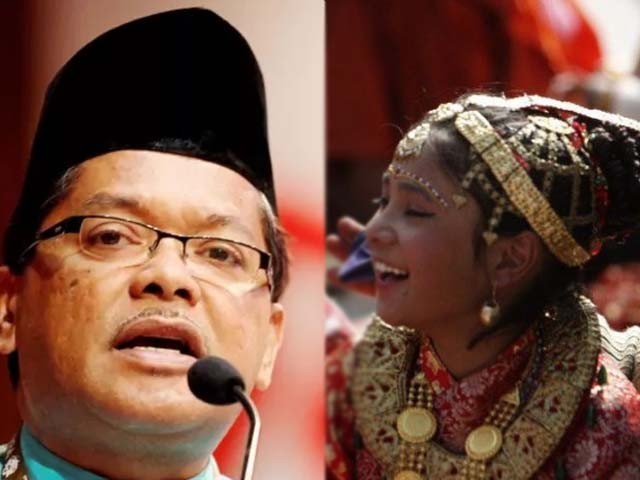 For a human being, the trauma of going through something as horrible as rape is unthinkable.

“The thing is, they have an opportunity – with a marriage they can lead a healthy and good life.”

These are the words of Shabudin Yahya, a Malaysian Member of Parliament (MP) for the ruling coalition party, when referring to rape victims. The outrage doesn’t stop there, however, since the MP went on to say,

“For a woman that was raped, if she can marry (her rapist) she would not go through such a bleak future. At least she has someone who can become her husband. So this will be a remedy for social problems.”

Shocked as I was, I pushed the laptop to my friend and asked her to read what I quoted above. She was reading the article and continued staring at the laptop with her hand on her forehead. When I asked her if she had read it, she sighed, looked away and said,

“When you think the world is already mad and couldn’t get madder than this, there is always something to prove you wrong.”

My friend did have a point. For a human being, the trauma of enduring something as horrible as rape is unthinkable. Many and all rape victims experience a varying range of symptoms such as confusion, anxiety and other physical and psychological issues start to stem through. The victim could potentially be experiencing stomach aches, headaches, could be feeling nauseous and may start feeling depressed – which is more than just ‘feeling the blues’, as it leads to clinical depression.

Due to the nature of the attack, the victim may be prone to feeling pain in the vagina or while urinating frequently. She may experience certain phobias which may become obvious in her frequent movements (such as phobias concerning the environment). She may also be reluctant to be left alone or unable to sleep. Her trauma of rape – the connection of sexuality with violence – may cause her to avoid physical contact and experience anxiety when such contact does take place.

If a rape victim marries their rapist, can you imagine the horrid lifelong trauma the victim will have to go through if she does marry her perpetrator? The MP claims that with a marriage, the victim can lead a healthy and good life. I said this in a former blog post that rapists never make good husbands. If they never make good husbands, how can the woman live a promising life of happiness and health?

The MP also goes on to say that if a rape victim marries her rapist, she would not have such a bleak future. The rape and the one who forced her to go through it is the cause of that bleak future. Realistically speaking, the victim’s only chance of not having a bleak future is if she doesn’t marry her attacker.

The MP also claims that marrying the rapist will be ‘a remedy for social problems’. How? How can marrying a man who put his victim through such adversity solve her social problems? If anything, it is guaranteeing a life full of isolation and social problems. Wouldn’t punishing the perpetrators a more justified and logical solution?

I once remember writing about a rape victim who took her own life after she was forced to marry her own rapist. This example goes to show what a ‘healthy and good life’ the victim was living after her marriage. In the victim’s country, the law dictates that the perpetrator marries the victim or goes to prison. For a rapist, the former sounds probable than the latter. The victim was no longer a virgin and was considered to be ‘unmarriageable’ and worthless. It is this mentality that is adding to the social problems. Even though we’re living in modern times, people are still living in age-old eras, clinging onto their old, narrow-minded ideologies that have no place in our world today.

I grew up in Britain. I heard a story about a teenage girl who was sexually abused by a much older man who threatened to hurt her if she told her parents. She completely ignored his threat and informed her parents of what had happened. She and her family contacted the police who took her case very seriously and caught the perpetrator. But that’s Britain, a little island almost at the top of the northern hemisphere. While thousands of miles away, in the far east like Malaysia, the norm is completely different. Nevertheless, Malaysian or British, whatever the religion or culture, a woman is a woman. Her life, dignity, valour and self-respect are no less than a man’s.

Even though we live in the 21st century, it is saddening to see how little has changed and how much work is still pending. While one half of the world condemns and sentences the rapists to prison and provides support to the victims, the other half of the world has a completely different attitude towards rape, its victims and its perpetrators. People everywhere need to open up their eyes and take a stand when someone says the unthinkable. For a rape victim that last piece of hope is further shattered when she is told to marry the man who ruined her life forever.

When it comes to rape, religion is nowhere in sight. It stems from culture, narrow-minded, age-old culture that is threatening to destroy the principle of humanity by gaining a foothold in people’s minds and our societies. It is up to us to fight this threat that is trying to alter the way we or others think and the way the society runs. Yes, society does change contrary to people’s beliefs but it will only change if we dare to change it.

There was a time when society and men dictated that women need not vote. Did women listen? Of course not! We took a stand, we fought for it, got beaten for it, suffered hunger strikes and endured brutal methods of force-feeding, and were estranged from former lives, but in the end, we earned our right to vote like all men do. If we try now and take a stand now, we can change society and the way it runs and make it a better place for future generations to come.

A woman who I had met during a difficult point in my life once said,

“The power is in your hands.”

And she was right. The power is in your hands; the power to change this society and world. And it is time we heed this advice.