Do the right thing, Nawaz Sharif, expel Javed Latif from your party 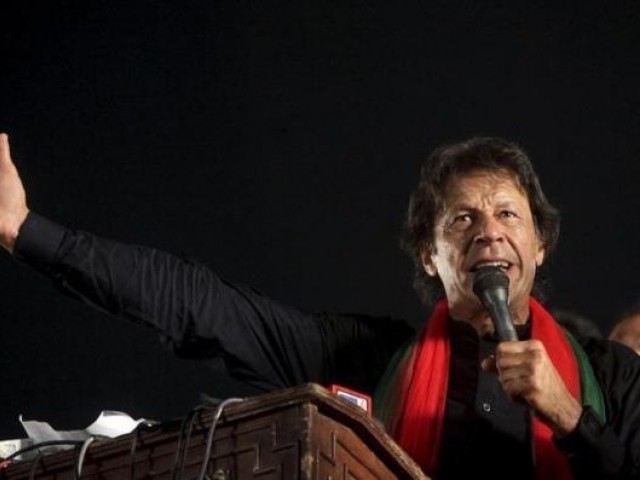 I watched in shock and horror the comments made by Pakistan Muslim League – Nawaz (PML-N) MNA Javed Latif about the moral character of the sisters of MNA Murad Saeed in a press conference. Earlier, he had called Pakistan Tehreek-e-Insaf (PTI) leader Imran Khan a ‘traitor’, which had provoked PTI MNA Saeed into punching him.

It was, of course, unlawful for Saeed to react so violently, as it has become perfectly acceptable for our politicians to label those who oppose them as traitors. In fact, I have lost count of the number of politicians who have been called ‘ghaddar’ (traitor), so it pained me to see the member of a major political party losing his cool and reacting like an illiterate truck driver. And more so it was not Saeed being called a traitor but Imran Khan (who was not present at the time).

My beloved leader has always been the founder of the nation (Muhammad Ali Jinnah), and I have heard many times from people I know calling him all kinds of names (including that he was not a Muslim), but I have never reacted like Mr Saeed did the other day. ‘Never take the law into your own hands,’ has always been my credo.

But then, Mr Latif did something unforgiveable: he repeatedly hinted that the sisters of Mr Saeed were immoral. Now this is something no one can tolerate. Earlier, we saw Ms Nusrat Sehr Abbasi of the Sindh Assembly subjected to verbal assault by a fellow MPA (Imdad Pitafi), and now Latif of the ruling party has proved that there is no difference between him and his driver or butcher. It seems that our parliamentarians have no respect for women. They are just like uncouth and illiterate scum who think that uttering abusive words in every sentence makes them appear very macho and virile.

There have been too many instances of women being harassed in our assemblies in the past. Sheikh Rasheed is reported to have been the first to do so, when he told Benazir Bhutto that she looked like a veritable parrot in her green shirt and white shalwar. From Khawaja Asif calling Mehnaz Rafi a penguin, to Sheikh Aftab Ahmed asking Shireen Mazari if she would like to be strip searched at airports, our women parliamentarians have been humiliated and insulted, often with the male members applauding and laughing, like the time when Pakistan Muslim League-Functional’s (PML-F) Abbasi was harassed by Pitafi.

Very rightly, Imran has announced that no PTI representative will take part in a TV chat show or participate in a public forum where Latif is present. I think this is letting off Latif too lightly. Imran should demand that Latif should be expelled from the PML-N and not allowed to contest in future elections on the party ticket. This is a serious matter, and Nawaz Sharif should act immediately, otherwise it will become perfectly normal for our assembly members to cast innuendoes on the mothers and sisters of opposition members in parliament.

Come on, Nawaz, for once do the right thing and expel Latif from your party!