Should the Wheaton College Professor have been suspended for wearing a hijab? 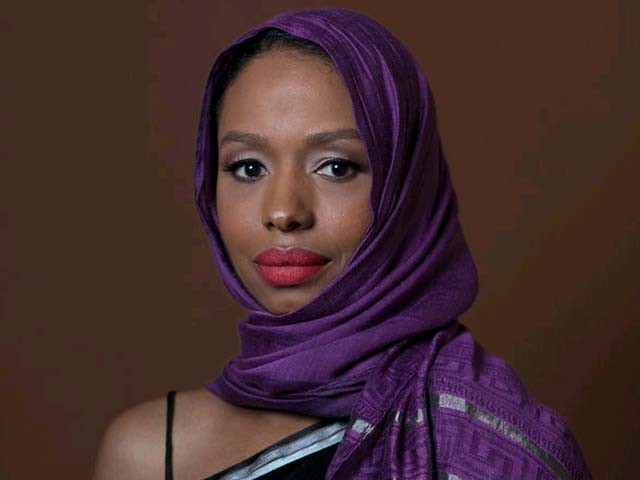 The school dismissed Hawkins; she consulted a lawyer, and received an undisclosed settlement. PHOTO: THE NEW YORK TIMES

Whether in Islamic theocracies or places with visible minority Muslim populations, from China to the United Kingdom, the hijab twists conservatives and liberals in their support or opposition to dress normally associated with fundamental religion. We see bullies “rip off” hijabs; one such incident recently took place in New York City. On the other extreme, groups like the Taliban declare, “wear hijab or be disfigured.” And they carry out such threats. Nushin Arbabzadah summed up this contrast in The New York Times:

“Women may want to express ‘solidarity’ with Muslim women by covering up. But Muslim women don’t need to cover up. This act of solidarity perpetuates a version of Islam that says it’s OK to poison little girls who dare to feel the sunlight on their heads.”

And at The Washington Post Asra Nomani and Hala Arafa wrote:

“ …these well-intentioned Americans… argue that a woman’s honour lies in her ‘chastity’ and (are) unwittingly pushing a platform to put a hijab on every woman.”

So what about these women that express such “solidarity”? Consider Larycia Hawkins, a professor at Wheaton, a college in New York for evangelical Christians, who wore a hijab during Advent. The result, as reported by The New York Times:

“Jesse Jackson had compared Hawkins with Rosa Parks, while Franklin Graham, an evangelist and Billy Graham’s son, declared, ‘Shame on her!’ Students protested, fasted and tweeted. Donors, parents and alumni were in an uproar.”

The school dismissed Hawkins; she consulted a lawyer, and received an undisclosed settlement. This hijab morality play recurs often, as when FIDE (Fédération Internationale des Échecs or the World Chess Federation) let Iran host the Women’s Chess Championship this February, 2017, and the Iranian authorities mandated hijab. As The New York Times reported:

“Nazi Paikidze-Barnes, a United States women’s chess champion, has said that she will boycott next year’s world championship in Iran because religious law would require her to wear a hijab….‘I think it’s unacceptable to host a Women’s World Championship in a place where women do not have basic fundamental rights and are treated as second-class citizens,’ she wrote.”

She earned kudos from humanitarians like former World Chess Champion Gary Kasparov, but not from Saeed Kamali Dehghan at The Guardian, and Azadeh Moaveni at The New York Times, who wrote:

“While mandatory hijab certainly matters, it is for Iranian women to determine what level of priority to accord it.”

Why does Ms Moaveni deny the fact many Iranian women resist hijab? She ignored activist Masih Alinejad and her campaign My Stealthy Freedom (آزادی یواشکی زنان در ایران ), as well this, Iranian women call on Western tourists to violate hijab law to fight against oppression, at The Independent.

On a personal level, I’m a Persian American with three daughters. We live in Edmonds, Washington, where our children have Muslim classmates from Iran, Egypt, and Afghanistan, but only one hijabi in an elementary school of about 300 students. According to my observations, and my daughters’, beyond responding to friendly greetings, this girl rarely speaks to anyone. I volunteer in the school and have tutored her older brother, Idris, who wears Western clothes. I wonder about his little sister’s “choice.” Would she feel more comfortable if others wore “hijab?” Or would she find the act patronising? Does she wonder why her brother can assimilate and not her?

The idea that my daughters have a choice, in many ways, is as absurd as the idea that Idris’s little sister does. Parents make that choice. But in America adult women also have this right. Women in Iran and Saudi Arabia do not. Women in the West are rarely, if ever, poisoned, disfigured by acid, caned, or imprisoned for wearing religious clothes, and in the rare cases they are victimised they are protected by the State; the guilty parties prosecuted according to law (as seen in the case in New York). In places like Iran and Saudi Arabia, discrimination is enforced by the state. The culture follows.

As long as this dichotomy exists, Professor Hawkins’ “solidarity” aligns with an ideology that oppresses women. We should support Ms Hawkins’ right to wear hijab, but not the anti-progressive symbolism of her gesture.

Clarification: The Blogs desk was contacted by Wheaton College that issued a clarification regarding Dr Hawkins. According to Wheaton College, Dr Hawkins had not been dismissed, she was placed on paid administrative leave in order to provide time to explore the theological implications of her public statements regarding Christianity and Islam. This administrative leave was in no way connected to her commitment to wear a hijab during Advent. Dr Hawkins and the college later mutually agreed to part ways.