LUMS will most definitely change you, not necessarily for the better 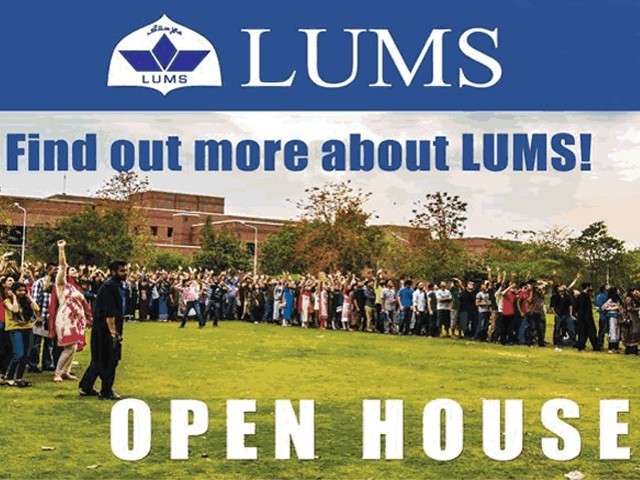 “LUMS is the Harvard of Pakistan”, echo the tangled throng of prospective students and parents all across the country. You take the self-proclaimed mission statement of the university to “achieve excellence and national and international leadership” at face value and assume that this is the best place to educate yourself.

Should you be lucky enough to get a one-way ticket to four years at this prestigious institution, you will find yourself amidst a swarm of other sweat-stained, bright lanyard-sporting students in the heat of August during Orientation Week. During this week, you will hear every misrepresentation of this university in the book and more. Within this sea of lies, however, you will hear one fundamental truth: that your four years at LUMS will change you – and if emerging as a, “Jaded, neurotic reconfiguration of a human being with severe trust issues”, as stated by a 21-year-old student in her third year of study, can be categorised as change, then yes, LUMS will most definitely change you.

It is inconvenient to find yourself at the mercy of the monopoly of power held by the Registrar’s Office (RO), where walk-in queries are prohibited during crucial points in the semester (such as enrolment and when final grades are released). Even instructors and other faculty members are powerless before the Leviathan that is the RO. If this was the only problem that LUMS students faced, it would be relatively easy to look past it. The problematic reality of the matter, however, is that LUMS fosters such a dysfunctional community that it is counter-intuitive to the acquisition of education itself.

In LUMS, you are bred like a racehorse for a toxic rat-race that you will find yourself a part of whether you like it or not. Sure, you will learn how to claw your way up the capitalist ladder to a dimension of consumption and opulence, but at some point, you must ask yourself: at what cost?

The school of Humanities and Social Sciences operates by the logic that a dearth of students applying for particular majors (such as English and Sociology) is reason enough to cut funding and remain understaffed. What they fail to understand, is the tautological nature of this very argument: if they do not recruit inspiring and qualified instructors, how do they expect to yield results, and more importantly, invite students to apply for these majors?

Every second teacher in the school of Humanities holds a foreign degree in their area of study. With this in perspective, how does LUMS continue to have a shortage of teachers that are interested in their students and that offer a wide variety of courses? In the words of a student pursuing an undergraduate degree in Political Science,

“When someone from University of Chicago (UChicago) teaching a course on feminist political theory doesn’t even know that Amartya Sen is a man, then their being from UChicago effectively does not matter.”

When asked if she feels like her courses are contributing to her growth not only as an academic, but also as an individual, *Fatima, a student in her second year says,

“You are being taught to regurgitate what the instructor wants you to know, and if you deviate from that, essentially, you will fail.”

LUMS claims to be need-blind and it prides itself in the fact that it wishes to make the financial-aid-seeking process as seamless and stress-free for the students as possible. Unfortunately, it does not succeed. According to a student in her third year of study,

“My family’s income is Rs25,000 a month on paper, but I only get 70 per cent  financial aid and you can’t appeal so you don’t even know why. In universities abroad, which LUMS supposedly seeks to emulate, there is an appeal process; because the logic is that if you’re good enough to get in, you will get the funds you deserve. Except that in LUMS they delay your admission when you apply for financial aid, and once you get in they create problems for you.”

According to the same student, during her financial aid interview she was asked a plethora of invasive and inappropriate questions, including questions like,

“Why do you have braces? If you can afford braces, you should be able to afford LUMS”, insinuating that her family was trying to con its way out of paying for the undergraduate degree.

She was not at all appreciative of them questioning her right to seek orthodontia. However, their cynicism only grew. She continues,

“When they got to know that the house I was living in was someone else’s house, and they had given it to my mother to live in because she is a widow, they turned to my mother and sarcastically said, “Lagta hai duniya ke saare achey logoun ko aap hi jaanti hein” (It seems like all the benevolent people of this world are somehow related to you).

Such treatment during a financial aid interview can be a bit more than slightly problematic.

Aside from opening a discourse on the matter, there needs to be a system of accountability within this university for the inconveniences faced by the majority of its inhabitants. If fundamental rights just as the right to run student-led protests, and to write freely about the problems that students face without the fear of persecution simply do not exist, I want to know: how exactly, LUMS, is it that you hope to achieve “civic engagement to serve the critical needs of society”?

The writer wishes to remain anonymous.