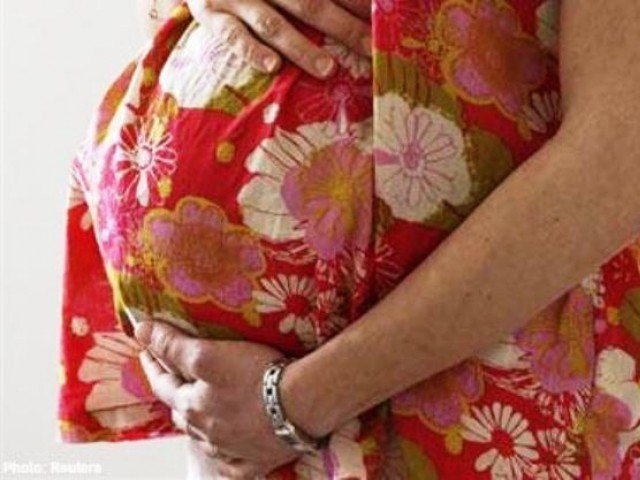 Perhaps God blessed me with daughters because I can raise them better, compared to sons. PHOTO: REUTERS

When I was expecting my first child, the occurrence itself was immensely exciting, hence pondering over the gender of my baby didn’t seem important at that time. However, others were more concerned about the gender, thus I would come across common remarks such as,

(God will bless you with a son.)

Nonetheless, I would ignore such comments and tell myself that sons are typically perceived to be more precious than daughters by such people, thus they wish accordingly for others. But they didn’t have to say it to my face as it put me under bizarre pressure of giving birth to a son.

If I prayed for a son, it would only show that I disrespect my own gender and hold the other in higher regards. I didn’t want to be the same typical woman that I despised, who feels pride in bearing a son but feels disappointment in bearing a daughter.

When I conceived my second child, the prayers from others became stronger and louder, with immense assurance from people, as if they had received confirmation of the gender directly from Allah (SWT). One day, the thought occurred to me, what if it’s a girl again? And in that same moment, I was utterly disgusted with myself. How could I think in such a shallow manner? I’m an educated individual so my outlook should be a lot more progressive than that.

I realised it was the revolting image of people comforting me, in case it was a daughter again. Luckily, my own family never gave me trouble in this regard; I was quite blessed to have sensible people around me. However, my family aside, I had an idea of what others were expecting from us. People suggested all kinds of wazeefas and duas (prayers) to recite for a baby boy and even doctors assumed I was hoping for a son; it was apparent because as the doctor did my ultrasound, he asked,

“Is your first baby a boy?”

I was baffled and replied,

In response, I received just one word,

That one word was enough to reveal that it’s a girl and a tear my rolled down my cheek. The tear was solely because the much dreaded journey of consolation had already begun, sadly from a professional doctor whose knowledge had failed to change his mind-set in this matter.

Therefore, Allah (SWT) blessed me with another healthy, normal baby girl. The birth of my second child resulted in people saying,

(It doesn’t matter, girls are also a blessing.)

I mentally strangled and cursed quite a few people who consoled me with such statements. Why would I need solace in the first place?

Who said I was upset, disappointed or grieving? Why did I feel that I owe people an apology?

I refused to practice any wazeefas for a baby boy; if Allah (SWT) can give me daughters without any special wazeefa, I’m sure He can surely give sons too. I know daughters are a blessing and it doesn’t need to be said, and hence I will love my daughters all the same, regardless.

It was a never-ending matter, even a maid once asked me,

“How many children do you have?”

“I have two daughters.”

I had assumed what was to follow, thus she said,

(May God bless you with a son!)

I lost my cool and said,

“I’m very happy with my daughters. Who said I was wishing for a son?”

To which she nervously replied,

“We are six sisters ourselves. I was just giving you a dua.”

I suppose it wouldn’t have offended me if it wasn’t for the typical biases that accompany such duas.

Later, I welcomed my third princess, unaware of the shock and trauma she brought to the life of many, those whose lives revolved around waiting for our legacy to continue. It was the same old drill, but a little mellowed down this time, perhaps because people had lost hope. They could have just given a decent greeting, but no, an aunty who assumed that it must be very difficult, since I was a mother of three daughters, tried to cheer me up and said,

“How can you work after a few years when you will have another baby to take care of?”

In response to my confused expression, she further mentioned,

“Well aren’t these girls going to have a brother?”

On that note, I could only think to myself, how can she just say that? Why can’t she accept my family the way it is?

For a short period of time, I started perceiving mothers of daughters differently. I started thinking, they must be unhappy with their lives. How can they be happy? They are just hiding behind this brave mask. How can a couple not have a son and still be happy?

Yes, it would have been nice to have a son, a companion for my husband in all his male activities, like I have company for my female interests. Other than that, I don’t feel our family is incomplete at all. Those who desire a male child so they can feel that their future is secure, especially in terms of support in old age, lose the essence of parenting and turn it into a barter trade.

Even in this regard, such expectations are not always fulfilled and to their surprise, daughters prove to do more for their parents than their sons. On a personal level, I’m not sure if I’ll live to see the future, so I don’t worry about the tomorrow that is yet to come.

Allah (SWT) knows best, whether to give sons, daughters, both or none. One should not make it their business to comment on what Allah (SWT) blesses the family with; even if they feel it’s not ideal. I see Allah’s (SWT) wisdom in everything, maybe he blessed me with daughters because I can raise them better, compared to sons. Whatever the reason, I am grateful, happy and content with my children, and I give no one the right to make me feel differently.

The author has done her masters in mass communication from Kinnaird college in Lahore. She's a devoted mother who recently started her own business.