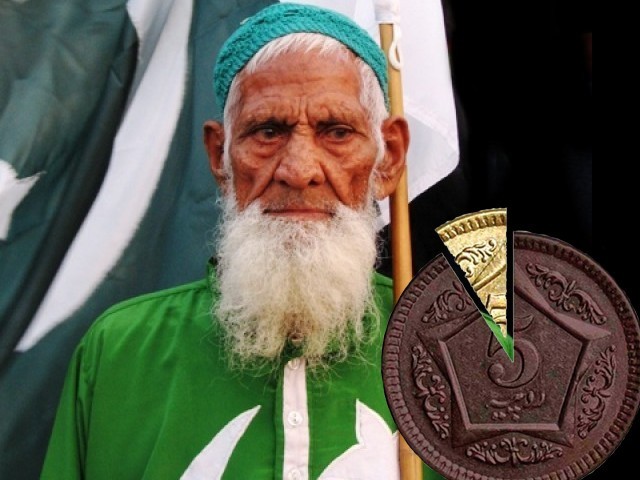 The last budget may have witnessed some improvements in the overall economy of the country, but its results didn’t permeate through to the people living in far flung and poorer areas of the country.

Zeenat Bibi lives in a small city in interior Sindh; she works as a housemaid to make ends meet. Every year she works harder and secretly hopes that her life will get better this time around. She hopes she can earn enough money to purchase sufficient food for her children, send them to school, and buy new clothes for them on Eid.

But she is disappointed each time, because the harder she works, the higher the inflation rates soar, making life even more difficult for her than what it was in the past year.

The life of a common man in Pakistan is not an easy one, and it dangles from a thin thread of hope whenever it comes to the new fiscal year. The common people or aam admi may not know what the ‘fiscal year’ really is, but they’re interested in some of the questions that they overhear on streets, working on roads, or listening to argumentative guests on current affairs programmes.

These questions, related to the upcoming budget, give them the idea that somehow, a new budget will bring a positive change in their wretched lives. These questions also look for answers to the promises that the current government made – but never fulfilled – before coming to office, such as ending load shedding, no inflation, reforms in educational and health sectors, quick access to justice and the list goes on and on.

Still, we Pakistanis are a very resilient lot, as we have survived numerous bomb blasts, attacks on our mosques, temples and churches, and target killings, so we also somehow manage to survive the broken promises and false assurances.

The demon of load shedding is still there, the quality of education is still a far off dream, government hospitals are still bereft of any substantial medical facility, while the private ones are beyond the reach of lower middle classes, and the poor are getting poorer while the rich are becoming richer. Despite that, we still have slight hope that better days are yet to come.

The last budget may have witnessed some improvements in the overall economy of the country, but its results didn’t permeate through to the people living in far flung and poor areas of the country. In fact, no government focuses on their plight and it seems that they do not even exist on the map of our country. If one drives through the deltaic areas of rural Sindh, one would get the impression that time has stood still for these people. The evolution from Stone Age to the industrialisation era doesn’t seem to have taken place in this area.

On the contrary, if we go to the posh areas of Islamabad, the tall buildings, wide and clean roads, the greenery and state of living relate a different story altogether. So much social disparity within the same country sheds light on social injustice and inequality. As a result, their lives illustrate a different world – as if these individuals are coming from a remote planet.

The people of Pakistan have a large number of expectations from the upcoming budget, but the poor and marginalised people are more in need of decisions which will be favourable towards their lives. While the government may make tall claims about enhancing the Gross Domestic Product (GDP), the Gross National Product (GNP), the economic growth rate, imports and exports, economic corridors and the likes, all these people really need is relief programmes that would directly impact their lives positively.

Though it is accepted that the jargons of economy are important, but so are the welfare programmes that aim at improving the lives of the common man; there must be a balance between these two. The growth rate should not be taken or presented as an indicator of improvement in people’s lives and standards of living.

When we are grappling with the issues of terrorism, national security, and sectarian violence, the burden of economic and financial problems weigh heavily upon people, affecting their physical and mental health and steering them towards a realm of constant worries and endless depression. The common people of this country look for a more friendly and merciful budget than the previous ones and anticipate reaping its benefits.

The financial experts formulating the new budget are humbly requested to think like common people, whose worries are not related to purchasing the latest car, a new iPhone, or to build a more spacious house, but to earn enough money to feed their children and to have a shelter over their heads.

These poor people are looking towards you with a glimmer of hope in their otherwise silent eyes. So please do not disappoint them.

An anthropologist and qualitative researcher who is currently working as a Lecturer at the department of Anthropology and Archaeology, University of Sindh Jamshoro.

A historical walk through the forgotten Sheranwala Bagh in Gujranwala

The story of Hyderabad, Sindh

Dear finance minister, your new budget is killing us