You’re not the marriageable kind 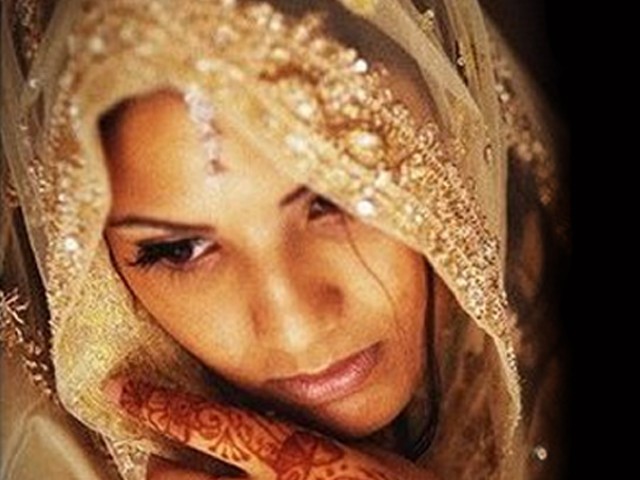 She remembered how desperately she wanted to be understood as a normal woman who wanted a family, love, and respect. PHOTO: PINTEREST

An image of Akbar, her ex-fiancé, flashed into her mind as she elegantly sat waiting in her small, dark living room. A lonely candle flickered unenthusiastically on a wooden table by the window and the scent of the earth before the rain perforated the room.

“Had I not come into your life, you would’ve destroyed yourself!” Akbar would say to her sternly.

This memory of him haunted her.

Choti (small), as she was affectionately known as, laughed a lot, travelled, was ambitious, made friends easily – perhaps had too much personality, if there is such a thing. Unfortunately, this approachability was routinely and falsely confused with promiscuousness, or for a woman who could not be controlled. Akbar felt that. But she was not like that.

An industrialist’s son once candidly explained to her at dinner,

“You’re not the marriageable kind because you have ambitious career goals and do not require financial protection from a man. You’re one of us and we never want to get married!”

He winked at her; she was repulsed.

Another young man, who was moving to the US and looking forward to sleep with American women, told her,

“I will only marry a woman of my mother’s choice. You know, the innocent kind.”

And Choti was not that kind of woman and neither was she capable of divorce.

Other men simply asked to climb into bed with her because someone like her, who was open and approachable according to ‘western’ designs, deserves only such propositions. When she refused, agitated disbelief was clear on their faces.

Choti was packaged the wrong way.

She remembered how desperately she wanted to be understood as a normal woman who wanted a family, love, and respect. She thought of mending her ways, but what was it that required mending? She felt guilty, but was not sure of what; she felt dirty and was sure it was because of the way she was looked at.

Akbar’s love arrived at this confusing juncture in her life and he wanted to surprisingly marry her. In his shadow, she remembered how she allowed herself to be convinced to be seen as damaged goods that were grateful to have found a virtuous path in a world where her alleged imperfections were almost contemptible.

Duct tape was used to package her correctly. Choti was told to tone it down and keep her reservations, but despite all this, she continued to laugh. She allowed herself to be controlled, but eventually felt suffocated years later. Too late to try to be herself with him she thought. She realised who she truly was, and she was someone he did not like. There was no choice. She left.

“I knew it,” Akbar yelled, “You just want the single and fun life!”

Akbar stuck to the convenient and hurtful label just like everyone else and that was exactly what she did not want.

“I know I am to blame for letting Akbar love his own image of me. The contempt for my so-called imperfections was so great it felt impossible to stand up proudly and hold up my perceived ugliness. Every man has desired me to be this pure and submissive little thing; and I have desired to be that creature because it would have been simpler.” she thought to herself.

She had failed at this.

There was a new man in her life but he could never be hers. He did not define her by her past and believed she was wonderfully human.  In his kind love for her, she allowed to forgive herself.  She felt like a leper grateful for being seen past her dreadful image.

What she was doing was wrong though, but knowing the ending had given her strange reassurance. Without pretentions, there was nothing to hope for; she simply learnt how to enjoy this rare gift that healed her.  Did she not deserve this after so much pain?

The phone vibrated and a message icon appeared on the screen, interrupting Choti’s thoughts,

The author has graduated from the London School of Economics, London with an Msc in Social Policy and Development and she is a development professional in communications. Head of the LSE Alumni Chapter in Islamabad. Writing for a hobby. She tweets as @Beenisch (twitter.com/Beenisch)

The Good Pakistani Wife II: Should she have kept silent?

Where art and cinema failed Pakistan

My teacher taught me how to hate