Stop blaming the mother for everything! 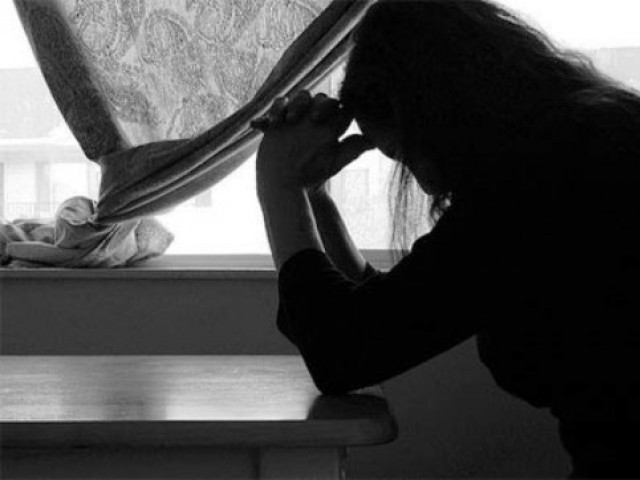 Mothers are often bombarded with a plethora of instructions with the news of motherhood. And their failure to comply can make often them doubt their own abilities. PHOTO: REUTERS

The city of Jhang is well known to most Pakistanis due to its affiliation with the Heer Ranjha legend. Located on the east bank of the River Chenab, Jhang has produced people of immense worth, the list of whom is topped by the sole Nobel Laureate of the country, Dr Abdus Salam.

However, not many Pakistanis are aware of the head-shaping tradition that originates from this part of Punjab. Having spent a considerable time of my life in my paternal city, Jhang, I’ve witnessed one practice that hasn’t changed the slightest over the course of time: the exercise of shaping a newborn’s head. The locals believe that the head would otherwise be bulging outwards if this ritual is not conducted, and that would in turn hamper the child’s prospective personality in the long run. Over the years, this practice has further travelled to various other areas of Punjab.

A mother in Jhang is still expected to make her baby’s head rest on a steel bowl in the initial weeks after birth. This is done in order to overcome the excessive skin bulge at the baby’s lower head, by pressing it on things like hard bowls or even wooden pillows as alternatives. As a child, I used to sympathise with the newborns who would bear a lot of pain at the hands of the head-shaper.

Coupled with head-shaping, there was always plenty of advice for mothers from the old women and experienced midwives of Jhang. Seeing my mother and chachis (aunts) coping up with excessive instructions, I now realise how hard it must have been for a new mother to raise her baby with all the desired requirements of Jhang’s soil.

However, over the years I’ve discovered that nearly every first-time the mother is bound to face some challenges in her life. The nature and degree of those challenges can vary but the course of panicking to raise an intelligent, healthy child is pretty much the same. Mothers in the other urban areas of Pakistan usually go through a different course of struggle.

While most of them have help available in the form of maids, they have to face another variety of issues. The most prevalent of these is the exercise of unjust comparisons done by friends and relatives. Pakistanis are known to master this art, especially if it involves comparing children of two or even multiple families.

The comparisons drawn have a wide range, including topics like academic achievements, sports performances, height, complexion, and so on and so forth. Consequently, young children suffer a lot from related derogatory statements, resulting in low self-esteems and inferiority complexes. It is an offending practice that requires rigorous mitigation in our society. Even infants are not spared in this. Their eye colour, skin tone, and walking and eating habits are all compared with other infants of their age. Since babies can’t interpret the harshness in these comparison-drawing comments, it is their mothers who suffer on their behalf.

For instance, an infant’s ability to talk early is commonly symbolised with great intelligence. While the respective child’s mother is proud and happy about her toddler’s progress, another mother whose child has not started speaking their first words is made to feel extremely low, by mentioning and often stating bluntly that her baby might potentially be dumb and not so good in future academics. On the contrary, there are many instances where mothers are blamed for their child not making progress in a certain act, since so and so child of the same age did such and such thing months before him.

It must be noted as a scientific fact that every child is different from the other and adopts various habits differently and at a varying pace. Girls usually start speaking, eating and maturing earlier than boys. Even within the same gender, almost every child’s activities differ from the other. This by no way means that he or she is lesser in potential than any other child. There is a whole life to determine as to who would be intelligent, successful or beautiful, since we as a nation will most certainly continue comparing individuals till their death beds.

I have also observed that a mother in our country is usually bombarded with a plethora of instructions as soon as she’s blessed with the news of motherhood. Too many instructions for a new mother and her inability to comply with them entirely (as she is a human, prone to making errors) leaves her in state of confusion and distress, at times doubting her own abilities. The fault is commonly found in the mother’s care and attention for the child. Mothers in Jhang are still blamed for their children’s bulging lower heads. Boys and girls who have uneven head shapes by nature are said to have them because their mothers were too lazy to practice head shaping on them in the initial days of their lives.

It is because of the aforementioned unjust comparisons and blame that it becomes somewhat difficult for a mother to fully enjoy the different stages of progress in her child’s life. I have an 18-month-old child who hasn’t learnt to walk as yet. While some continue to compare him with other babies of his age, there are others who tell me not to worry. I am grateful to both; the latter, because they boost my optimism with encouraging remarks, and the former because they help me find solace in my writing.