She took my advice to get her husband treated so why do I feel guilty? 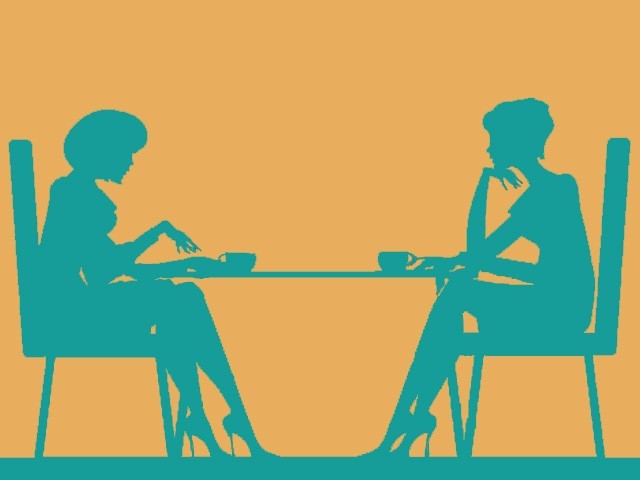 I racked my brain to figure out how I could have been a party to the happiness emanating from this woman who was once so miserable with her marriage and life that she often talked of death.

I was rewarding myself with a fat free yogurt in the gym cafeteria when someone called out my name. I turned to find an old neighbour from yester years standing behind me.

The last time we had met was in Islamabad, 14 years ago. After the preliminaries, I had to remark on how well she looked. Smiling, she replied,

She looked fit and confident; a 360 degrees change from the miserable girl I remembered. Genuinely pleased for her, I said,

“Seems like your husband finally turned over a new leaf.”

Although it was a personal comment, our intimacy as close friends from the past had revived within a few minutes of the conversation and she said,

“Yes, things are very good compared to what they were.”

She paused, looked at me thoughtfully and then added,

“I have never told anyone but it’s all because of you.”

Surprised, I racked my brain to figure out how I could have been a party to the happiness emanating from this woman who was once so miserable in her marriage and life that she often talked of death. So I replied,

“Really? So, Zain finally did consult a psychiatrist… I am so glad he did. Relationships improve radically for people with obvious mental disorders once they start taking medication.”

Feeling pompously proud that she had taken my advice but curious all the same, I asked,

“But how did you ever convince him to seek help?”

Her next statement burst my pride balloon in a second. While stirring her coffee she said,

“Oh no, he never went to any doctor.”

Flustered, I stared at her, my attention and curiosity peaked to an all-time high.

All I could think of was that if she hadn’t taken my advice to take him to a psychiatrist, how could I have been a party to her happiness? I was no pir or aalim to have helped her situation otherwise. I had only given her serious advice, the gist of it being to take her manic depressive husband to a psychiatrist to start therapy and medication. Maybe she had finally dumped the guy and married someone else. She laughed when I asked her this and said,

Samreen and I became acquainted as neighbours years ago. I still remembered one night being awakened by my husband at midnight saying that our neighbour was at the front door asking for me. It was Samreen without shoes, sweater or a shawl in the cold night, asking in a trembling voice if she could call her mother. I observed her silently as she tearfully mumbled into the phone. She was doing her best to appear normal but to no avail.

Her mother came to my house an hour later to pick her up.

Samreen returned the next week. This was not only the beginning of our friendship but of similar such visits to my house. Her husband Zain was a manic depressive who went through severe mood shifts. Samreen’s life was under a continuous microscope given his mania related paranoia.

In bursts of anger he was abusive, loud and insulting and would often throw her out the house regardless of the hour of the day. It was hard to imagine that this guy was even educated. Once the ‘hulk’ receded, he would grovel, apologise, make sweet promises and her family would send her back.

Although convinced that he suffered from manic depression, I still discussed his behaviour pattern with my brother-in-law who was a psychiatrist and he confirmed that it sounded like manic depression or bipolar depression. According to him, it couldn’t be fixed without medication and treatment and was bound to get worse.

When I told Samreen about this, she laughed in my face and told me that one can only take a person to a doctor when they admit something is wrong with them. Not only her husband but her in-laws too were quite convinced that it was Samreen’s ‘immaturity’ and ‘wrongful handling’ of him that made him go into such a rage. They claimed that otherwise, there was nothing wrong with their son.

Her own parents did not want to ‘ruin’ their daughter’s marriage by ‘God forbid’ suggesting  a psychiatrist for their son-in-law. I did my own research and told Samreen that it only took a regular prescription of a couple of medicines to regulate violent mood shifts. These meds also help control hostility, irritability, hyperactivity and sleeplessness associated with the disorder. Since the disorder does not go away with time, medications have to be taken regularly to keep the mood stabilised.

I remember imploring Samreen to somehow take her husband to the doctor so that his quality of life and their relationship could improve.

And here she was telling me that he never went to a doctor. So how could he have gotten better? Quite irritated, I said sarcastically,

“Rooh Afza (concentrated squash made with fruits, herbs and vegetable extracts) doesn’t fix the chemical imbalance in the brain that causes these disorders. You need medication.”

She leaned forward on the table and replied very seriously,

“Exactly! I took your advice and started giving him the medication.”

“Where did he get the meds if he never went to a doctor?”

She shrugged her shoulders and said,

“You don’t need a prescription to get medicines in Pakistan, especially, if your cousin’s husband runs a pharmacy.”

Now all I could think of was how could he have taken the medication if he never admitted he had a problem and I asked her exactly this,

“And he takes these meds without question?”

And then, she dropped the bombshell, shrugging lightly as if it was a minor matter,

“He doesn’t know. I crush them and mix them in his food. What he doesn’t know is not hurting him, it’s only helping him.”

I was shocked into silence as my mind tried to absorb, comprehend and then find a justification for what this woman had been doing all because of the advice I had given her. All I could say was,

“But this is not what I told you to do.”

She put her hand on mine, looked into my eyes and said,

“I know. I am not blaming you but telling you that you did an inadvertently good thing by being the friend I needed and telling me that my husband had a problem that could be fixed. The idea you planted in my mind grew with time. I did my own research and found that you were right. Zain wasn’t going to change without meds and our relationship was suffering terribly. Then, standing at the pharmacy one day getting some antibiotics for my throat, I asked about these meds and the busy pharmacist placed them on the counter in front of me.

I saw my life lying in front of me. I just stared at it. But I didn’t have the guts to buy them that day. But a month later, I did. I crushed them and mixed them in his food regularly. And a few weeks later, I could see the change. His mood and temperament mellowed and stabilised. He started communicating normally, he started listening and he started caring. He just got better over time and he remains so today.

I am not saying he isn’t difficult at times but at least, now I can handle him. I know his moods, unlike before.”

“You could have just left him if it was getting too much for you to handle,”

She continued to justify her action,

“I know but by the time I mustered up the courage, I was already pregnant with the twins. Where could I go with two children? My mom had told me from the beginning that some men were just ‘hard to handle’ and that I would have to live with the situation. I had nowhere to go. That pill box on the counter was my future staring back at me. I knew it was a gamble but I had nothing to lose.”

She seemed genuinely surprised at my question and replied,

“Guilty? I now have a marriage that I can live with, my kids have a loving father and my husband has grown more stable both, at work and at home. How can I be guilty for something that has saved my home and marriage?”

Taking her leave, she said,

“I have told you all this out of the gratitude I feel for you. You were the stepping stone to the life that I and my children have right now. But please, let this be our secret, ok?”

And I could only nod.

She left me with a whirlwind of conflicting thoughts that revolved around one basic question – should I feel guilty for putting this idea in her head?

But then I thought that it wasn’t for naught. By hook or by crook, if she had managed to set her husband and married life straight, why should I, or she, feel guilty?