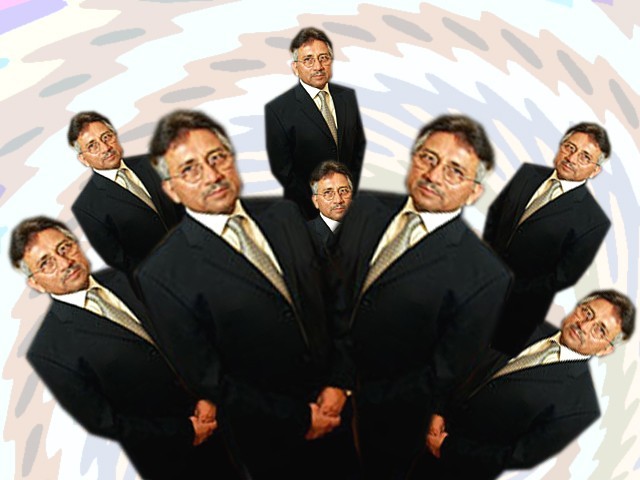 The wave of online support that Musharraf has generated is also a sign of the inherent weakness of personality based politics.

Musharraf’s return to politics has generated a range of emotions that are on obvious display judging from the comments on two recent articles. Judging from some of the emails I have received one would hope that supporters of the APML would rise above the bullying tactics of the PPP/PML-N/MQM that Musharraf has himself declared his intention to do.

Whether the 50 points are better than the 20 or vice versa is a never ending debate. As politics is all about aligning oneself to one party’s or individuals ideas and at times staunchly supporting it. An advantage of multiparty politics perhaps?

However, the wave of online support that Musharraf has generated is also a sign of the inherent weakness of personality based politics. Given that the next elections are scheduled for 2013 the party cannot survive and expand based solely on one individual.

My pessimism is based on the simple argument that regardless of how much support Musharraf has, he is only worth one seat in parliament. I have no doubt that on his return he will likely receive a massive wave of support, and that he could win a resounding victory over any opponent. However, to be able to form a government and implement his manifesto he would need another 180 off seats, or at least 80-100 seats to form a viable coalition.

Where are these viable candidates going to come from who would be electable in various constituencies across the country?

Pakistan’s problems are structural, and regardless of whether the person sitting in the Presidency, the Prime Minister’s Office or Army House, the problems we face today are not going to improve just by rotating portraits.

Even if Musharraf was to return today and take over government, would that magically bring an end to terrorism? Probably not!

We don’t live on an island. What happens globally impacts us directly. We may be complaining about inflation but no Pakistani government can control the global price of oil and food items which has released a wave of cost-push inflation. The days of consumer led growth is over. With inflation rising once again, interest rates have gone up. Cheap cars and consumer goods are no longer available on the production of two copies of your NIC.

Pakistan’s annual debt servicing is touching close to Rs. 700 Billion. It’s the elephant in the room that no one talks about. How will changing personalities bring about short term improvements in the cost of debt servicing?

We have one of the lowest tax-to-GDP ratios in the world. No government, military or civil has ever gone after our nation’s elite (of which they are a part) to make them pay their taxes. Remember how the Musharraf government backed down from its economics survey when it first came to power?

I am not saying that these problems are not insurmountable. However, I would like some answers as to how a populist Musharraf government would tackle these problems.  “Pakistan First” is good bravado, but it doesn’t pay the bills.

At present I wouldn’t vote for him. Rather than arguing over who did what and when, and whose the bigger thief and exploiter, we should be discussing policies. The APML’s manifesto lists out some very noble goals, perhaps those who support the APML would offer to elaborate how those goals will be achieved? How the APML attends to increase its membership and penetration into the rural heartland where the majority of the electorate lies?

It’s time for Musharraf and his supporters to win over their critics via sound arguments, rather than displaying the emotive bullying that is the hallmark of other political parties across the country. If not then I am afraid that they have already begun straying away from the manifesto of the party that they so passionately support.