BCCI cannot be trusted, PCB should vote against the ‘Big Three’ 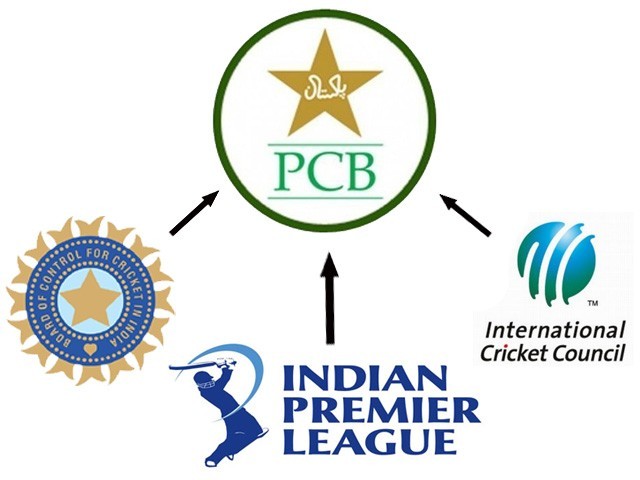 Since BCCI is generating the most amount of money for ICC, they have decided to take over the world of cricket and all the decision making and want to run the game their own way like IPL selections.

While everyone talks about the ‘Big Three’ ruling the cricket world, Pakistan Cricket Board (PCB) is taking it’s time to decide whether to accept the Board of Control for Cricket in India (BCCI)’s deal or vote against this idea.

All of a sudden, BCCI is ready to let our players play in the Indian Premier League (IPL), for obvious reasons, but the point is, what were the reasons that made them not include our cricketers before?

The basis of the ‘Big Three’ concept is just money.

Since BCCI, Cricket Australia (CA) and the England Cricket Board (ECB) are generating the most amount of money for the International Cricket Council (ICC), they have decided to take over the world of cricket and all the decision making only because they are generating huge chunks of profit and want to run the game their own way. It is surprising to see how the ICC has handled it so far – they are just sitting and letting things happen.

It shouldn’t be a surprise for us if PCB decides to agree to the deal and if our players decide to participate in this year’s IPL. They never showed any discomfort playing against any country and anywhere or any T20 event.

But they should keep in mind the fact that this is the same BCCI that didn’t initially allow Pakistani cricketers to participate in the IPL.

PCB and Pakistani players should have some dignity and self-respect to stand their ground this time, not to take revenge, but to say no to the ‘Big Three’ concept.

BCCI has always used ‘political issues’ as a base for not including Pakistani players in the IPL. This is the same reason why they don’t play Pakistan anywhere, which, to me, is completely irrational. One should never connect politics with sports.

Why is it that the BCCI decides not to play against Pakistan in the IPL but has no issues when it comes to facing them in the World Cup?

They throw away their dignity when it comes to the World Cups so easily and now think that just one vote will fix all the corners?

This ‘Big Three’ concept doesn’t sound exciting by any means. Why are only three states of a country deciding the fate of the entire sport?

Launching this concept by the ECB, CA and the BCCI is a slap on ICC’s face.

Most of us are hoping that the PCB votes against it, looks into this matter and asks BCCI the reason why Pakistani players were not allowed to play in the IPL and how one vote will change everything.

BCCI is generating huge profits for themselves and the ICC, thanks to successful IPL tournaments every year, due to which they are dictating their terms and cancelling tours whenever they want to, just so that they can play a goodbye series for Tendulkar against West Indies in India. Considering the fact that ICC is the governing body, if the BCCI can generate that much money and behave like they do, you can imagine things they will do once they start ruling.

PCB must not fall for their trap as the BCCI is promising the PCB a lot of apples to just to get their vote. But the PCB needs to remember that there are huge chances that those apples might be rotten. The BCCI could use ‘political issues’ as a reason anytime for not playing against Pakistan alongside not including them in the IPL once they get PCB’s vote. As a result, the PCB will not be able to do much since the BCCI will be ruling the world of cricket along with Australia and England.

Considering the way things have turned out so far, one thing PCB should keep in mind all the time is that the BCCI has always avoided playing Pakistan and once they’re given the powers they thirst for, they will try their very best to suppress the Pakistan cricket team and not let them rise in the rankings. Believe me, there are many ways to do that once you are at the top.

Playing in the IPL could also destroy our players because there is a lot of money to be made in the IPL as compared to what they get while playing for Pakistan, which will minimise their interest in performing for their own country. After all, it is all about every individual’s dignity.

PCB’s behaviour is always positive when it comes to Pakistan-India matches. They are ever ready to put their best foot forward but BCCI’s approach is always negative. After all this drama, I cannot believe they have the nerve to make a deal with us.

The ‘Big Three’ ruling the game will be like a local panchayat or jirga system.

I am a Pakistani who has seen BCCI disconnecting cricketing relations with PCB in the last decade. I think now is the time for PCB to stand up and form a group of their own against the BCCI, CA and the ECB by including the rest of the cricket playing nations. Once that happens, the ‘Big Three’ concept will be a complete waste of time and effort.

But then again, will PCB have enough self-respect to even stand and raise their voice?

They should and they must stand up now and not just raise their voice but try everything to stop what is wrong and unfair to protect their own dignity.

This is not about being anti-India since I actually believe that the BCCI is doing a pretty good job with their cricket structure and their upcoming lot of players. This is about ethics and respect. The reason for which they are asking for PCB’s vote doesn’t seem legitimate anyway. I guess we’ll have to wait and see how PCB responds to this situation.

An HR Business Analyst in a multinational BPO industry, he holds a dual Masters degree from Karachi University majoring in Economics and International Relations and is a huge tennis, cricket, soccer, basketball and squash fan and also loves to read and write.