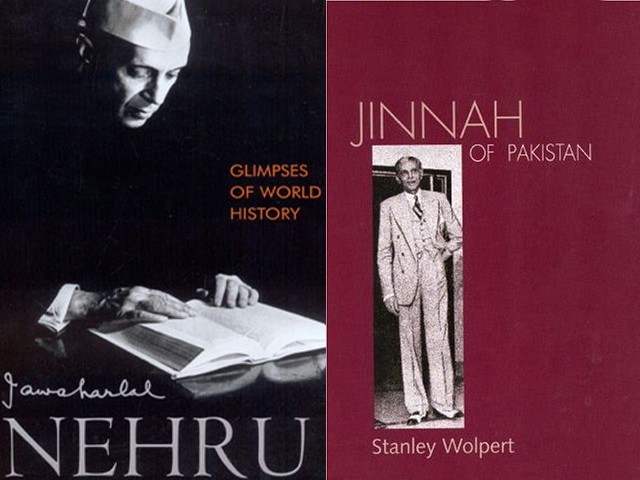 (Oh, Mr Jinnah? I have heard that he was quite the equivalent of Nehru.)

Stunned by the honest answer to my question by my Indian friend, I tried to process what he had said. It was the third day of the Boy Scouts Messengers of Peace Camp and we were in Delhi riding together on a bus to visit a monument – the Qutub Minar, I believe.

Over the last few days that I had been in India, I had noticed that only a select few of my Indian counterparts knew who Jinnah was and even fewer recognised the man on the Pakistani currency that I showed them. After asking some of my scout brethren if they knew who Quaid-e-Azam was and receiving blank looks in return, I realised my mistake and rephrased the question.

What was even more shocking was the fact that my Indian friend, who had at least heard of Jinnah and Nehru being at par, thought that he was speaking very highly of Jinnah by comparing him to Nehru. I, on the other hand, had only come across Nehru when the chapter about the Indian National Congress had come around in history class. There was such little mention of Nehru that only his name had remained in my memory; and of course, the point that Nehru was supposedly the bad guy who had opposed the Muslim’s struggle for independence.

So, I reasoned that either just as I had less information on Nehru, my friend was also ignorant about Jinnah since our elders and those who ran educational institutions felt that keeping us less informed was necessary; or that both of us had been given overrated images of these ‘heroes’ since birth and that in actuality, they were very little like the leaders we had in mind.

This experience made me think of just how biased history could be. It is always the winning party that writes history. In Pakistan, we were the winners and so we were the good guys. All the others were either villains or simply, not important enough to be mentioned or discussed.

On the other hand, Indians were the winners in India and I assumed that they followed the same criteria as well.

It was only recently that I learnt that Rashid Minhas, the youngest person to have ever been awarded the Nishan-e-Haider, had died while trying to keep the aircraft he was flying from being high-jacked by Matiur Rahman, a Bengali pilot. A Bengali pilot!

And Matiur Rahman was awarded the ‘Bir Sreshtho’ in Bangladesh.

Bir Sreshtho and the Nishan-e-Haider are the highest honours given in Bangladesh and Pakistan respectively. They are both awarded to those who died in service for their country and nation. Obviously, each side calls its own soldier shaheed (martyr) while the other country’s soldier is made out to be the villain.

After all, how can there be a hero without a villain? And thus, biased history is born.

This biased history goes a long way in affecting how we think about others. Take me for instance; until a few months ago, I would have told you that Indians were the enemy.

In the session of the sixth International Urdu Conference, held at the Karachi Arts Council on December 1, 2013 Professor Harbans Mukhia, who is from Jawaharlal Nehru University, said that he had visited Lahore once some 16 years ago. During a conversation, a friend of a friend asked him what pained him the most about partition, to which the professor replied,

Sometimes I wonder if the history we are taught was not incomplete, if it did not have missing pieces or if it was not completely biased, what would the world be like?

What if history was not written separately by both parties?

What if access to both sides of the story was permitted and what if there were no repercussions?

A student who has done his A-Levels and is interested in sports, writing, reading and learning about new cultures, he tweets as @Taha_Shaheen_ (twitter.com/Taha_Shaheen_)

Applying to NED? These tips may save your life!