Bloodstained honour is not honourable at all 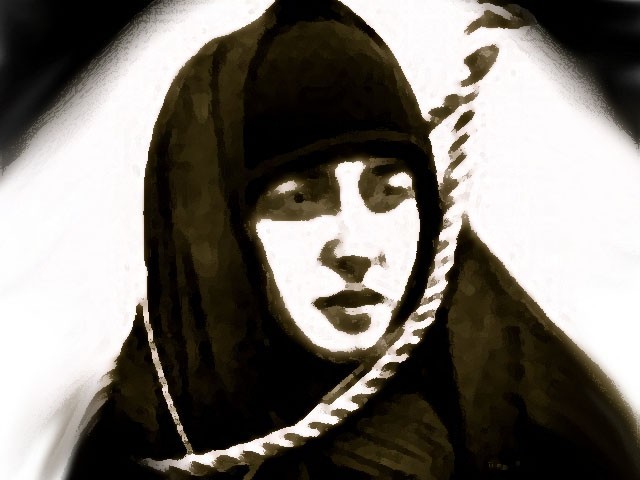 Ironically, what had started out as the protection of women has now suddenly become ugly and twisted; the Pashtunwali that was practiced more than 5000 years ago is not the same anymore.

More often than not, I come across distressing stories about women  who are beaten, tortured, maimed, and in some of the worst cases, killed by male (and sometimes even female) members of their families. It never fails to surprise me when I learn that many of these cases are on account of an honour that was supposedly ‘stained’. This ‘staining’ hence serves as an excuse for people to resort to violence – violence against women, in particular – which has always been a global pandemic.

One of the most recent of such horrid stories, or so-called ‘honour-killings’, occurred in Darra Adam Khel district, on September 16, 2013, where a Pashtun woman named Sadia, her aunt Aman and cousin Asia were heartlessly gunned down by Sadia’s husband, Jahangir in the Darra Adam Khel district, in Khyber-Pakhtunkhwa, after a local jirga accused her of ‘dishonouring’ the family.

This ‘dishonouring’ was due to the allegation that Sadia had not only abandoned her home – and her husband, to whom she was connubially obligated to – but that she had actually run away with another man. And, mind you, there was no proof to back up this claim; it was only something her husband assumed, thus justifying his decision to kill her.

Upon reading this story, not only did my heart go out to those poor women, but I also felt my blood level rising for this isn’t the first time we’ve learnt of such women who have been gunned down and murdered, so brutally, due to this matter of honour. Though many of these honour killings happen in Central and South Asia, it is undoubtedly a universal crisis with no end in sight as it is so deeply rooted in some societies, including amongst Pashtuns.

In the Pashtun context, those who are familiar with the traditional Pashtun code that predates Islam – Pashtunwali – will quickly realise that one of the most prominent tenants of the way of the Pashtuns is that of nang/namus, which literally means “protecting the honour of women”, in the Pashto language. It is known that Pashtuns are overtly conscious about the honour of their women, and any slight molestation or assault is considered a serious crime.

Men were actually taught to respect women; to truly honour them, so that no harm would come to them.

Ironically, what had started out as the protection of women has now suddenly become ugly and twisted; the Pashtunwali that was practiced more than 5,000 years ago is not the same anymore. It seems to have been distorted beyond recognition.

Now, women are told that they are responsible for their own protection and that too by being forced to cover themselves in either the paruney or a shuttlecock burqa. Women, especially in tribal areas, have become nothing more than a commodity – an object to be bought and sold through customs as such swara and walwar.  And hence, encompasses the region’s social, political, economic and psychological structure.

As a result, cases of adultery and illicit relations are dealt with harshly – almost too harshly – so that no life is spared to those involved, even if it means murdering them in the name of “honour”.

It’s such a Catch-22 isn’t it? While it is the woman’s responsibility to ensure that she ‘protects’ herself – her body – to maintain this honour, it not only delineates her status in society, but it also holds the power to cost her her very life.

This twisted version of maintaining honour has almost become like an unwritten rule – a rule that has been instilled in these women since the day they are born and it is a rule that they are constantly reminded of each and every single day of their lives. Unfortunately, it is a rule that most probably will not change any time soon, as pessimistic as this may sound, due to the reason that it is so deeply ingrained in the society and the culture in which it is practiced.

True honour, in my opinion, has become nothing but a thing of the past. To kill, in the name of honour, not only demeans the very essence of the word itself but it goes to show the barbarity of those who use it with false pride.

The tragedy is that, for those who practice this heinous crime, honour lies in taking lives, not in making lives better.

The late Ghani Khan, a most respected Pashtun poet, artist and intellectual, said it best:

“The Pashtun is not a wanton killer, but a victim of his own distorted sense of honour.”