Saving Face: An Oscar for mediocrity? 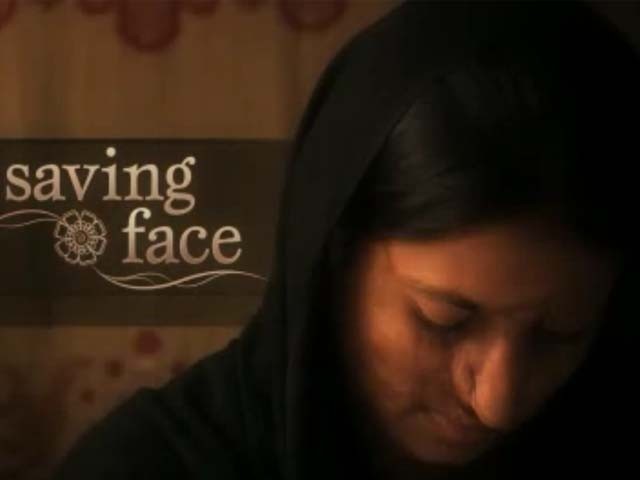 It's not just about losing your looks as the film often seems to signify. Acid also causes deep physiological and debilitating changes that are painful on a continual basis. PHOTO: SCREEN SHOT

In February, when Sharmeen Obaid Chinoy’s Film, Saving Face, on acid burn victims won an Oscar, I was sceptical. Accolade seemed to focus on how great it was for Pakistan to have this honour – and whenever people get jingoistic, you know that the core may be hollow.

Frankly, there are two reasons why the film won the Oscar: excellent public relations work, and choice of topic that fits the western narrative of acceptable ways to talk about Muslim women – as victims of patriarchal religious violence without any emphasis on the larger socio-economic context in which this violence ensues and whether there are any viable solutions.

Now that I have seen the film, there is certainly a lot to critique. From an objective standpoint, I am simply bewildered as to how mediocre filming and static story telling like this could win a prize. An “A” for a sophomore year Film Studies class, yes. Oscar, no. But then that is perhaps the nature of the Oscars when it comes to films about third world women – and specially when it comes to recounting in a manner that indirectly legitimises war, terror, and intervention by western powers. A film about drone victims would not gain traction.

The narrative also reinforces stereotypes about vigilante justice and charity as solution. Women’s disempowerment is not countered through documentation of sustained organising, but reinforced as they are spoken for by lawyers, select NGO (non-governmental organisation) workers, and parliamentarians; rich doctors are presented as humorous, patronising saviours, and even if the disparaging voice over is missing – there is no distinct, coherent message about women’s empowerment or agency. Rather, it’s opportunistic footage about a very important topic.

The focus on the doctor as a saviour is perplexing and contradictory. In the first few minutes of the film, we are shown a billboard with the face of a fair skinned, young woman advertising beauty services – which makes you think the film questions the beauty myth. Seconds later, the doctor, in his cocky manner, talks of his work – he “makes them bigger, makes them smaller.”

What then is the political narrative? From a feminist perspective, acid throwing is a particularly cruel form of punishment  because it destroys a woman’s face in a culture where her worth is measured by beauty and youth.

Yet, the  protagonist and purported hero of the documentary reinforces this myth in its most narcissistic and decadent form. Dr Jawad is a cosmetic surgeon who milks women’s insecurities about their looks by subjecting the richest to the scalpel – perking up breasts, tucking tummies, fixing features. His canvas is the woman who believes she is defective because of society’s emphasis on her perfection. What better canvas than this  – altruism combined with a Swadesh type homecoming – and women who actually need the surgery and are dependent on (and in fact lucky for receiving) his charity. How perfectly rewarding to be filmed for it as well.

I once met a Bangladeshi woman in a New York courtroom. She wore a plastic mask on her face because her acid burnt skin lost moisture so rapidly. It’s of course not just about losing your looks as the film often seems to signify. Acid also causes deep physiological and debilitating changes that are painful on a continual basis.

The depictions are borderline derogatory. Even if the women are speaking about their ordeal – one can not escape how discomfiting it must have been for them in some of the scenes. The doctor asks Zakia (one of the victims) with forced compassion how it happened while she is on the bed looking diminutive. He towers over her. She is the recipient of charity; he, the benevolent giver with little emotional stake in the transaction evident before the surgery when he declares:

I am having a party

She is made to expose her face, and even if  the filmer thinks, throughout the film, this is an act of agency and defiance for someone who has masked it out of shame, it comes across as a meek act of a woman who wants the doctor to make it all go away by doing as she is asked.

Even if she has signed a consent form, are the doctors and film-makers oblivious to the lack of ethics and voyeurism implicit in the shot? Is she not entitled to privacy for which the case is heightened in a cosmetic surgery like this? We are privy to a private moment.

During the surgery, while she lies inanimate and unconscious, a discussion ensues about how her eyeball can not be retrieved as it has been too long.  After the surgery the patient asks the doctor – what about my nose? As he walks away he says:

I will see you in a few months.

Let’s see how the lips work out.

It appears as the most undignified moment for her. And that in a nutshell is a metaphor for charity. Leave the larger and systemic problems for later. The poor should grovel and be thankful; the rich should do charity and be thanked.

Also, in a few minutes, she has been reduced to eyes, nose, lips – oddly reminiscent of what some feminists say is media’s objectification of women through dismemberment of and undue focus on their individual body parts.

Later, an acid victim is shown during her ultrasound. The doctor tells her she is pregnant. As she processes the bitter-sweet news, we are again watching closely. She realises she can not be a candidate for surgery. In a country where most women do not have access to birth control and avail unsafe abortion methods, is a woman who has just lost her chance at a free surgery to rejoice that she is pregnant?

Lamenting the pregnancy would make her appear selfish. Such emotional complexity is perhaps not what the film can begin to tackle with empathy. Almost accusingly, the doctor asks, didn’t you use birth control, don’t you wonder if something like this could happen to your child, and quite aptly, albeit in a contrived fashion, she prays for a son.

With non-empathetic, but pity inducing representation, I am surprised any acid survivors chose to be the subjects of this film.  It is perhaps testimony to a different type of desperation in their struggle – that they become subjects and are objectified – for the satisfaction of the doctor, the film-maker, the voyeur and the cheerleader from the fringes.

Showing the legislative and legal efforts is perhaps an effort by the film maker to place the victims as not merely victims, but survivors who continue their struggle. What then is perturbing is that the discourse around it is trivialised, simplified and superficial. The lawyer hopes that the perpetrator is locked up in a “cage like an animal”.

NGO workers, despite an intervention by one woman against the death penalty, declare their desire for vigilante justice. They dramatically ask for acid throwers to be sentenced to death, and given a taste of their own medicine. However, what about people in our legal system working for reformatory and rehabilitative justice? Surely, the legislative, legal, social, and political complexities we are dealing with are more than this – as are the diversity of opinion on punishments and solutions.

Are we to be satisfied with happy endings? Even Hollywood films have more gray than this. A double life sentence for the offender.Vague reference to good legislative reform. A prosthetic eye for Zakia. As the offender spends his life behind bars, the victim walks through bazaars in a pointedly red dupatta (scarf).

Surely, if acid victims and women’s groups against violence were organised and represented more accurately in the film, the discussion around it would be more nuanced, more empowering, and more focused on people and their struggles rather than filmmakers, the doctors, the prophets and the Oscar winners – clichéd moments of reckoning and unpoetic justice.

Nero’s Guests is a film about farmer suicides in India. Even if rural journalist P. Sainath is valorised for his writing about the issue, at the end of the film you have a much deeper understanding of the economic, political, and global context of the suicides.

However, in Saving Face, the film and the filmmaker offers little history and analysis – because this is the kind of mediocrity we are famous for.