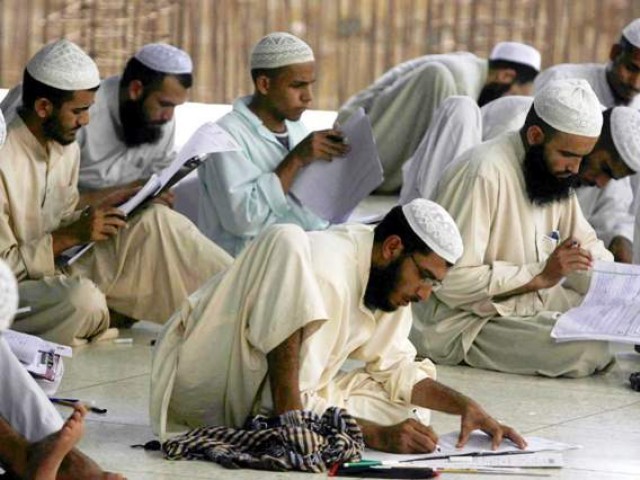 When I was studying at university, during a discussion over an economic issue, my professor (a PhD) uttered these words:

“Alhamdulillah, I am a Sunni, I am a Muslim.”

These words took me and many other students by surprise. The bizarre logic of uttering those unnecessary words in the midst of a discussion, especially when the class comprised of students from diverse religious backgrounds, was unfathomable. Even if she considered it essential to make a reference to the Islamic economic system, she could have easily done that in a mild tone without boasting about her own religious and sectarian affiliations wrapped in an ‘Alhamdulillah’.

The structure and expression of her sentence gave the impression that she deemed her religious views divinely superior to others. At that point, none of the students present, including myself, dared to cut her off in the middle and question her statement. I ignored the unsettled voice in my head that insisted I should question her heavily intolerant undertone. I told myself that students at this age (between 20 to 23 years) are expected to act maturely, so I held my tongue.

The incident, buried in my memory, resurfaced after three years when I took up teaching. It was during the initial days of Muharram this year, when one of my students confronted me as I entered the class.

“Ma’am, why are you wearing black?” she inquired.

“Why, what’s wrong with that?” I replied casually.

“You are not a Shia, are you?” she interrogated.

“Well, what I wear has nothing to do with my faith.”

The young lady’s unexpected attack made me paranoid.

“Ma’am, since Shias wear black during Muharram, it is inappropriate for us to use a similar dress code,” she confidently clarified her reason.

This attack hit hard, because my student was 15 years old. I might have let go of this incident too, had I not encountered another. I came across one of the students from a renowned Islamic school based in Karachi that claims to impart modern education (according to the Cambridge system) in an environment for ‘Islamic grooming’. I found her studying Islamiyat from a book that was not a part of the GCE endorsed booklist, nor was used by any other major schools. When I inquired the reason behind not studying from the GCE endorsed book, she explained that her school does not allow using that book because it was a Shia book. This was completely untrue.

The truth, however is that the book was not in agreement with the self-righteous, orthodox religious philosophy that the school adhered to, and aimed at inculcating the same beliefs in the young minds. A further inquiry about the ‘Islamic environment’ of the school revealed that all female students of the school were obligated to wear a hijab, while all male students were required to wear a prayer cap, regardless of their age. The same dress code was also enforced on the teachers, thus justifying their claim of a ‘Shariah compliant’ faculty.

Recently, many such institutes have opened up across the metropolis promising modern education in an ‘Islamic environment’. The students of these schools come from urban families, mainly those who are so torn between their modern lifestyles and the new wave of ‘religion mania’ that saying Khuda Hafiz (May God be your Guardian) instead of Allah Hafiz  (May Allah be your Guardian) is a matter of concern for them.

Teaching religious values is not wrong, but my contention is the definition of ‘Shariah compliant Islamic education.’ These Islamic schools propagate views of their respective sects, rather than preaching on common grounds. This is much more dangerous than the sectarianism spread through the madrassah system, where poverty and illiteracy are used to justify mindsets. These institutes are poisoning young minds by inculcating sectarian differences, sugar-coated in the name of ‘modern education.’ Ironically, these schools are registered as conventional private educational schools and are not registered under authorities regulating the madrassah system, which means that there is almost no check on what is taught in these schools.

Only a decade back, at the same age, I was least concerned about what colour I wear in a certain month. Back then, we competed with other schools in sports, theater, and oratory skills. If the trend of promoting sectarianism through modern education continues, by the next decade, students in this country will be competing each other in terms of Barelvis, Deobandis, Salafis and Shias.

I do not even want to imagine how damaging the degree of that competition could be.

Read more by Sana Iqbal here and follow her @sanarites.