Adnan Akmal: Chirping away towards success 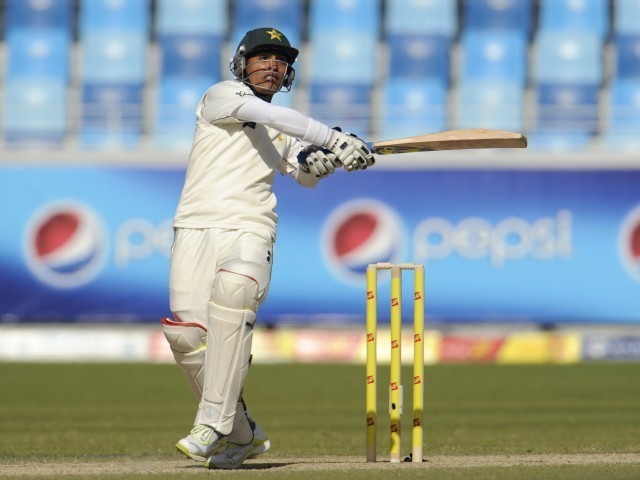 With seven catches to add to his 61, it may well confirm the end of Kamran’s Test career even if the older brother is cleared of wrong-doings. PHOTO: REUTERS

For all the banter that Adnan Akmal parts with behind the stumps, he comes across as a rather shy, no-nonsense individual away from the cricket field, unlike his siblings that have played for Pakistan.

Adnan doesn’t ooze defiance and arrogance like Umar and hasn’t mastered the smooth flow of the bat that Kamran often offered. He doesn’t have a bag full of big hits and isn’t likely to attract an IPL or a BPL contract anytime soon.

But he does approach every outing with the dedication – however limited and unappealing his talent might seem right now – and conscientiousness of someone who wants to make it big and is willing to grind it out for that.

He holds on to more than he grasses, perhaps drawing sighs from Danish Kaneria who suffered at the hands of Kamran throughout his career.

He refused to wear a helmet while standing up to the stumps in Bangladesh and swiftly realised that cricket, as every Pakistan fan would vouch for, brings with it a healthy dose of pain accompany every bout of joy.

And he lived to tell the tale, having the distinction of not losing any of the 11 Tests that he has represented Pakistan in so far.

But with his timely – and badly needed – 61 against England in Dubai, one that ultimately played its fair share in the win, he’s shown that his confidence levels are rising and, most importantly, while keeping up with the modern times, there has propped up another wicket-keeper who can bat.

Adnan’s early statistics are remarkably similar to Kamran’s — 238 runs and 38 dismissals in the first 10 Tests as compared to his older brother’s 276 and 35.

He hasn’t been as badly needed at the crease as was Kamran against India in Karachi but his Misbah-esque resistance while batting, complemented aptly by the lunging drives that were sprinkled across his stay at the crease, will remain one of the highlights of the match and perhaps the series.

Replacing Kamran remained one of the happiest, yet disconcerting, moments of his life. But he always knew it was his destiny to emulate the duo and become the third from the family to represent Pakistan.

Almost four years before he accomplished that feat, he asked me to take his photo and put it up on Cricinfo so that publications would be able to print it when he makes the cut.

He was part of the SNGPL squad that lifted the Quaid Trophy in its maiden season, ensuring his presence was felt on as well as off the field.

Adnan doesn’t come across as a natural entertainer, content with building the innings and working towards the greater cause.

He, unlike a few that have donned the national colours, remains humble, the first to greet you when in sight while shying away from interviews, forcing others forward quite willingly. It often happens with newbies, but they lose that touch with time.

And as the team trudged off the field after dismissing England for a second time in three days, Adnan’s smiles matched his teammates’ but with seven catches to add to his 61, it may well confirm the end of Kamran’s Test career even if the older brother is cleared of wrong-doings.

Sports editor of The Express Tribune who is also the author of the book "Champions, again" farasghani.com/championsagain.html

Dearth of international action in Pakistan is killing our sports writers

The outrageous cricket that Pakistan played

Spot-fixing: Not even an iota of delight