Don’t drag Islam into every debate 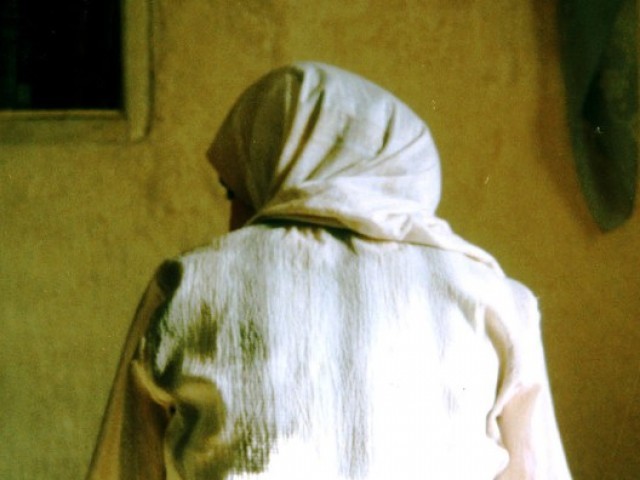 Why is it then that in almost every article, blog, documentary, book, or piece of information that talks of a woman who has been wronged, Islam is brought up even though it is totally out of context?

A wife: Not an adversary, not a subordinate, not a superior, but a companion – an equal, with a role that may be different, but equal.

A marriage: A coveted relationship based on mutual respect, companionship, love, and joy.

This is how it is supposed to be; this is how Islam sees it. Is that always the case in reality?

No. In a disturbing percentage of cases, it is not.

Is Islam to be blamed for this, or any religion for that matter? No. Are patriarchal cultural tendencies responsible for it? Often, yes.

Why is it then that in almost every article, blog, documentary, book, or piece of information that talks of a woman who has been wronged, Islam is brought up even though it is totally out of context?

However, it seems like we are living in a world of ‘catch phrases’ and safe playing when it comes to media (writing, journalism, music, or film-making). Like a very apt comment on Facebook recently said:

“One cannot go wrong with Sufism these days.”

A bit of mullah-bashing, human rights jargon, controversial issues brought out of the closet – and voila! A recipe for success.

Being a journalist and a human rights activist of sorts myself, this is not to imply that there is anything wrong with it. But there has to be a context – some sort of a connection. Without connection, bringing religion into every human rights violation is moot. If it is contextual, then by all means, go ahead and do so.

An example is a recent interesting write-up on marital rape. The topic is apt, relevant to many, a human rights violation, and thus, should be taken up. But Islam neither encourages nor condones it. More than the writer, the comments under the write-up were disturbing. It seemed as though people were looking for an opportunity to lash out at Islam. Ahadith being quoted were completely out of context.

For the record, I agree with the writer; marital rape is rape. It is a human rights violation not sanctioned by Islam.

A woman, Muslim, Pakistani, educated, with a so-called educated husband, gives birth to her third child. She comes home with the baby. She has an episiotomy. Her stitches have not healed. The first night her husband forces himself on her. She bleeds. She cries. She does not want it. He does not care. But she does not protest. It is a case of marital rape. No question about it. In addition to this, a woman’s basic human right of respect has been violated. She is simultaneously a victim of domestic violence, harassment, and marital rape.

The above story has many catch phrases and concepts that will make it an instant hit, and if used as a baseline for a feature or film, it has potential to become a human rights’ champion. Woman, Muslim, marital rape, human right, victim, domestic violence, harassment: all these words are going to come up in net-searches or tags. Add to it a few ahadith and verses from the Quran that seem patriarchal enough and voila! Recipe for a hit, with many comments under it, commending the bravery and valour of the one who dared to bring it up.

Let me be clear here, it is not just about Islam, any religion or ethical code will not allow a human being wronged. Therefore, where there is no need for it, bringing up religion unnecessarily is hardly needed. Yes, if there is a need, it must be brought up. The current discussion, and the passing of a resolution in the Sindh Assembly against honour killings is related to Qisaas and Diyyat laws. The laws have been looked into, as do the lacunas and loopholes that are allowing these laws to be misused against unassuming victims of honour killings.

As writers, journalists, media persons and activists, we have a responsibility, not just towards others but towards ourselves – that we truly believe in what we publish, and have researched it, and made sure that it is contextual. Non-partisanship and objectivity are an aim, but in all honesty  are myths when it comes to presenting ideas. Our tilts need to at least have reasonable limits, even if neutrality is not achieved.

Online presence is an attractive whirlpool, and to have an online presence, we use the most attractive concepts and catchy ideas at times, which is ligitimate, provided the idea or quotation or reference makes sense. Equally responsible is the readership or viewership. When we become less discerning, we just popularize certain concepts and ideas, for example Islam’s patriarchal tilt or extremism these days. The rules of demand and supply fall into place, and media persons continue to churn out predictable hits, albeit incontextual at times.

I ask not for objectivity, for that can make a write-up both boring and ultimately doing a disservice to causes that need advocacy. I ask, simply, for fair-mindedness. I believe it is possible.