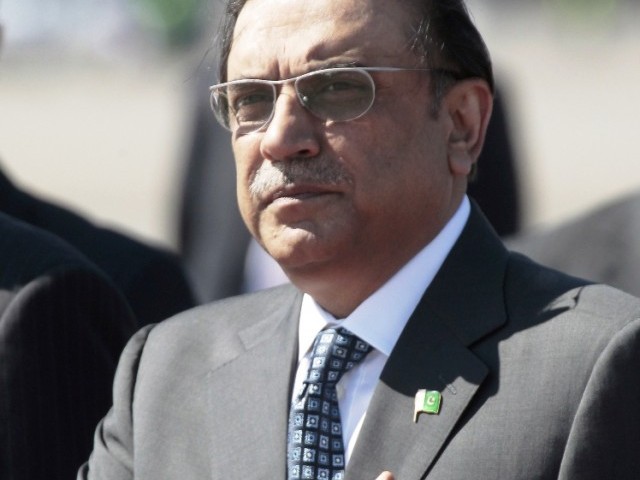 There is very good reason for this immunity to be in place as it stops political miscreants from bringing speculative and baseless proceedings against the president. PHOTO: REUTERS

The question of whether President Asif Ali Zardari enjoys immunity against criminal or civil proceedings requires an analysis of Article 248 of the Constitution. This states that:

Article 248 (1) : The president shall not be answerable to any court….for any act done or purported to be done in the exercise of those powers and performance of those functions.

The article goes on to state that:

Article 248 (2): No criminal proceedings whatsoever shall be instituted or continued against the president or a governor in any court during his term of office.

Article 248(3): No process for the arrest or imprisonment of the president or a governor shall issue from any court during his term of office.

Article 248 (4): No civil proceedings shall be instituted during his term of office unless at least 60 days before the proceedings instituted, notice in writing has been delivered to him

It is clear that provided the president is acting in the exercise of powers and performance of functions in relation to his office, he is not answerable to any court for the same. Should the need to compel the president to be answerable to any court arise, then such an exercise would be futile as Article 248(2) categorically states that no criminal proceedings shall be instituted or continued against the president during his term of office. Article 248(2) essentially provides immunity to the president against any prospective criminal proceedings in connection with his powers and performance of office.

There is very good reason for this to be in place as it stops political miscreants from bringing speculative and baseless proceedings against the president for that which he has been elected. Equally, it ensures that the president is unable to hide behind the immunity in relation to those actions which are not connected or related to the exercise of the powers and performance of functions of the office of president.

In view of the above, the following two questions arise:

1. Does the Supreme Court decision of Dr Mobashir Hassan v Federation of Pakistan (PLD 2010 SC 265) compelling the government to write a letter to the Swiss authorities constitute commencement of criminal proceedings against the president?

2. Can the president rely on the fact that he is not answerable to any court as his actions, in relation to which the government has been ordered to act, constitute an exercise of powers and performance of functions of the office of president?

The Supreme Court in the NRO case ordered the federal government and other concerned authorities to take immediate steps to seek mutual legal assistance with a view to securing the status of civil party and the allegedly laundered money lying in foreign countries including Switzerland. This order was directed towards the federal government. The question is whether this order constituted commencement of proceedings of the type that potentially fall foul of Article 248(2) namely that “No criminal proceedings whatsoever shall be instituted or continued against the President or a governor in any court during his term of office”.

It is arguable that the government writing a letter to the Swiss authorities would constitute a small step of a potentially large step of proceedings and therefore is not constitutional. However, and that being the case, it was and remains incumbent on the government to seek reliance on Article 248(2) as a means of overcoming a direct order of the Supreme Court. This appears not to have been done.

Instead, the government left the order as it was and, despite various opportunities afforded to it by the Supreme Court, ran the risk of being held in contempt of court. This inevitably and unsurprisingly took place on January 16 when Prime Minister Yousaf Raza Gilani was charged with contempt of court.

In any event, it would appear that the matters on which the Supreme Court has ordered the government to act, are not part of the president’s exercise of powers and performance of functions of the office of president, and therefore not on which the president can seek reliance on article 248(2).

It is clear therefore that whilst the government was being asked to undertake a step which was itself prima facie unconstitutional, it chose not to avail itself of the immunity by asking the court to consider provisions of article 248 (2). Further, and in any event, the matters on which the president enjoys immunity were not those matters which were the subject of this order, and as such, scope for immunity did not arise.

A practising Solicitor-Advocate in England and Wales and a Senior Partner of Azmi-Rana Solicitors.

The defect in the dual nationality law