Pakistan’s got heroes (not just terrorists) 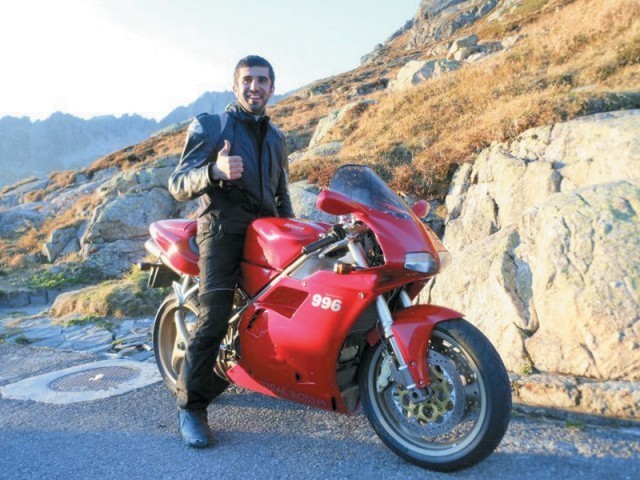 Moin Khan, who travelled half the globe on his motorbike, as part of his campaign called 'A different agenda.' PHOTO: PUBLICITY

Pakistan is an interesting country to say the least. We have probably as many (if not more) news channels here than entertainment channels. Unfortunately, where other countries use their media to benefit their people and show case talent from within it, we use ours mostly to spread fear and loathing for ourselves.

I was recently browsing the internet to see if we had success stories of our own, for motivating our people, when I found out about so many gifted people in our country about whom we hardly hear anything. The media shows one interesting story about these people and then goes back to how Pakistan is going to the dogs.

Unlike what our own media shows, we are not terrorists begging America to love us and show us their mercy – that’s just our government. The nation, on the other hand, is a bunch of highly gifted individuals with the potential to do great things, inspire others and perhaps be the future think tanks of the world. Here are some examples of the  individuals from Pakistan that I was able to come up with in a matter of 20 minutes on Google.

With so much talent present in our country, why doesn’t our government invest in education, vocational training and infrastructure development? We need to fix our problems ourselves and not rely on the so called friendships of other nations.

We have all the potential we need, all we require now is for the government to listen and act.